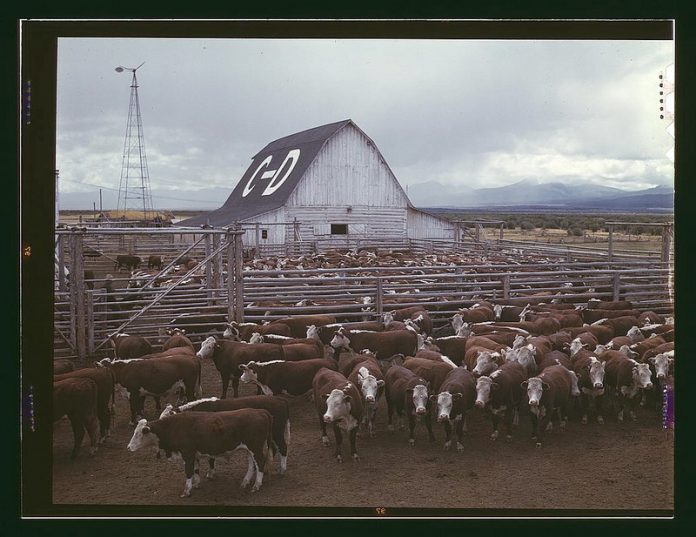 PRIOR to 1939, the Southern Rhodesian Government’s policy towards the cattle beef industry was mainly geared towards assisting the industry find export markets as a way of dealing with unsaleable cattle surpluses at the time.

During the Second World War, however, due to an increase in domestic consumption, Government policy moved towards ensuring internal self-sufficiency, stabilising local prices and eliminating speculation in the cattle industry.

The quantity of beef available for domestic consumption, however, far succeeded the domestic demand which resulted in ‘unfortunate effects on the cost of living’ as a result of the impact of the Second World War on the Rhodesian settler-agriculture and consumer.

This resulted in a very different state of affairs from that of the 1920s and 1930s, whereby the Government intervened by taking measures to prevent a rise in the cost of living by equalising supplies or reconciling the difference between supply and demand.

The Government, rather than let its expensively-acquired Cold Storage Company (CSC) become redundant, gave the CSC the task of rationalising and restructuring the industry’s cattle marketing system in line with the objective of preventing a ‘meat famine’ and ensuring self-sufficiency in beef.

It was not until the end of 1942 that any surplus supplies of cattle were wiped out and the need for beef control measures assumed greater urgency.

White settler-cattle producers, at the start of 1942, could still sell their cattle on the market totally unrestricted or uncontrolled. The CSC, itself, also continued to purchase cattle in the same manner as its predecessor, RECSCO, whereby it sent out native runners into the native reserves with large sums of money to buy cattle, to obtain its beef requirements or, alternatively, bid for cattle on the open market.

After 1942, owing to lack of formative beef control mechanisms, the CSC found it increasingly difficult to secure enough supplies to meet its contractual obligations.

Matters were made worse, by a lack of central control over the marketing of cattle in the beef industry.

It created problems such as variation and disparity in prices paid by its buyers for the same class of cattle.

In some cases, they paid less, while in many cases, over, the prices authorised by the CSC; depended on the personality and prestige of the seller and the buyer.

Due to lack of effective market control mechanisms, speculators ran or bid up cattle prices against the CSC’s agents at auction sales with a view to creating a fictitious market.

Unscrupulous cattle dealers also seized on the opportunities the war provided to form ‘buyers’ rings’, which in turn created artificial shortages of cattle on the domestic market.

The Government became aware that some speculators and dealers were hoarding cattle with the long-term objective of selling such cattle at much higher prices to would-be returning soldiers taking up farming after the war.

Speculation became rife as cattle traders inflated cattle prices and made it difficult, particularly for the CSC, to secure enough cattle to meet its needs.

Given its contractual obligations to the Government and the Imperial War Effort Programme, the CSC could, therefore, not afford to rely ‘on the uncertainties and vagaries of the auction market’.

Thus, under pressure from the Minister of Agriculture and Lands and also at the behest of the CSC, the Rhodesian Government agreed to invoke the War-time Emergency Powers of the Slaughter Cattle Prices Order of 1941, which required that all slaughter cattle should be ‘sold by weight and grade’.

Where scales or weighbridges were available, cattle would be sold by live-weight over the scale.

Where scales were not available, estimated weights were used as per agreement between the purchaser and seller.

In order to provide a margin upon which cattle dealers or agents could work, it was agreed to allow agents or dealers to buy cattle at minimum prices and sell directly to licensed butchers, the CSC or Liebigs at the prescribed maxima price.

Minimum prices were fixed at 1/-per 100lb. live-weight — less than the maxima price.

Under the Cattle Price Order, it also became an offence for butchery operators to purchase and slaughter beyond their set average monthly requirements.

Through these measures, the Government had hoped to control cattle supplies in the interests of the Imperial War Effort and to nip wartime inflation in the bud.

However, before long, the Slaughter Cattle Price Order ran into serious problems since the country lacked adequate weighing facilities and trained personnel to grade cattle.

Furthermore, Government’s control over cattle prices, through the new regulations, worsened the cattle situation by slowing down the flow of slaughter cattle to the CSC’s abattoirs; this forced some of the major butcheries to go for days without meat. The Government was forced to repeal the Slaughter Cattle Prices Order within a month after coming into effect in 1941.

Beginning in March 1942, sales by auction were resumed once again throughout the country; while the Government turned its attention to the African cattle sector for a solution to the escalating beef crisis.

At the time, the African Reserves were not just a reservoir of cheap labour but also a vital source of cheap cattle to be requisitioned in the interests of the white Imperial War Effort.

As early as 1940, the Southern Rhodesian Government, through the Chief Native Commissioner, urged all Native Commissioners to do their ‘utmost to organise sales at regular intervals’ and, by intensified propaganda, to obtain increased levels of marketing of African-owned cattle both in the ‘native reserves’ and the so-called ‘native purchase areas’.

In addition to meat required to supplement the reduced maize rations of African labourers, more cattle were now required as food for the troops.

It was essential for the latter, that the processing and chilling works were kept fully supplied and operational.

Thus, “…by selling now, indigenous cattle owners were told, you will be materially assisting in the colony’s war effort, besides themselves.”

Nevertheless, owing to unrestrained exploitation by cattle speculators and dealers, African peasants were deterred from selling their cattle in quantities which the Government had anticipated.

African cattle producers complained bitterly about extremely low prices offered for their cattle and they increasingly began to resist any use of force aimed at making them sell more cattle.

In those cases when they decided to sell, some producers simply resorted to the tactic of asking for a high price for their beasts before finally settling, after much haggling, for at least half of the initial price.

The relatively low supplies of cheap slaughter cattle from the African Reserves, especially in the early years of the war, worsened the already critical beef situation in the country.

This was a situation the CSC found unacceptable, especially in view of the fact that thousands of African-owned cattle were dying due to the poverty being experienced in the ‘reserves’.

The failure by the white-dominated cattle sector to rear sufficiently large numbers of cattle on their own, to ease the country’s strained beef supplies, worsened the situation further.

Dr Tony Monda holds a PhD in Art Theory and Philosophy and a DBA (Doctorate in Business Administration) and Post-Colonial Heritage Studies. He is a writer, lecturer, musician, art critic, prasticing artist and corporate image consultant. He is also a specialist post-colonial scholar, Zimbabwean socio-economic analyst and researcher.For views and comments, email: tonym.MONDA@gmail.com