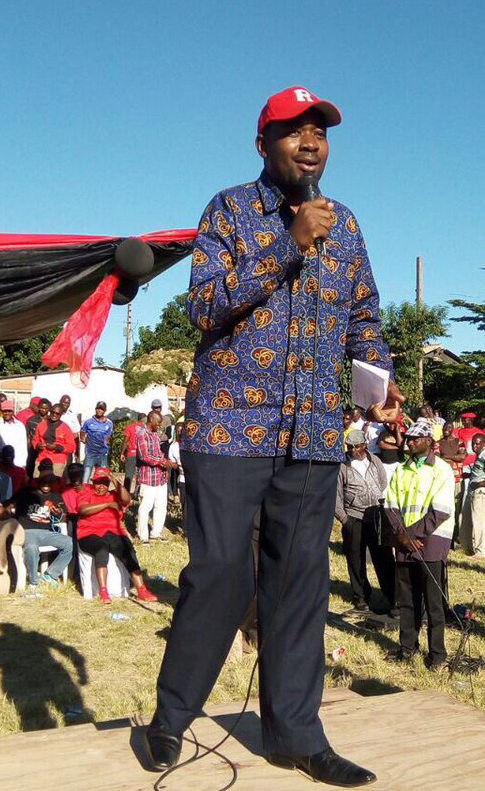 ZIMBABWE’s post-Mugabe era harmonised elections will be held sometime this year and some 112 political parties have registered to participate.
That number includes well established political organisations such as ZANU PF and the MDC formations.
Most new so-called political parties have sprouted since 2013 when the last harmonised elections were held.
Some of those virtually one-man organisation have formed alliances with similarly small ones in an attempt to make an anti-ZANU PF electoral impact.
Their basic aim is really not to win the elections but to reduce the ZANU PF electoral support, an objective that has been made well-nigh impossible since November 18 2017 when Emmerson Dambudzo Mnangagwa replaced former President Robert Gabriel Mugabe as the ZANU PF topmost leader and as Zimbabwe’s President.
The MDC-T had been clamouring for Mugabe’s ouster from the national presidency since it was launched in 1999. Now that he is no longer Zimbabwe’s President, many people who electorally supported the MDC are bound to vote for ZANU PF.
They rightly feel that President Mnangagwa has ushered in a new dispensation and that he should be given a chance to lead Zimbabwe out of the economic doldrums.
Many people feel that the new MDC-T leader, Nelson Chamisa, is so inexperienced that his economic revival objectives belong to the world of childish dreams.
Chamisa was reported first to have publicly said the US government had pledged or promised to give Zimbabwe a US$15 billion grant or loan if Chamisa’s MDC get into power, a claim that was officially denied by the US shortly after it was made.
He was thereafter reported to have told a rally at Chinhoyi that should the MDC win the projected elections, his Government would introduce bullet trains into Zimbabwe!
That was a very childish statement, and could be taken seriously only by either very ignorant, very naïve or very imbecilic people.
Lastly, while addressing a rally at Murewa, he was reported to have said that the MDC would build an airport in Murewa should it win the forth coming elections!
Chamisa’s MDC priorities are upside down and that organisation should not be taken seriously at all.
Nothing mentioned above has been denied at most or explained at least by Chamisa or by his organisation up to March 31 2018 when this article was written.
We can say quite confidently that anyone who will vote for the MDC-Alliance would be voting for meaningless, empty dreams that would throw this country into an irrecoverable financial mess.
Compared to the ZANU PF of the new dispensation, we hear ED repeatedly saying that Zimbabwe is open for business.
That simply means or implies that his administration is inviting investments, not only from abroad but also very much from inside Zimbabwe itself.
It is obviously in that context that he has been urging those who externalised their financial resources to repatriate them.
He is saying the repatriated funds will be given the necessary lego constitutional security that they deserve, an assurance that was lacking in the previous era.
The repatriation of the externalised financial resources is a very important economic revival strategy especially in view of the fact that all along, during the discredited Mugabe regime, the country’s economy was kept afloat by the medium and small business entrepreneurs.
ED’s Government is saying those who had developed alarm, fear and despondency, leading to the externalisation of their financial resources should embrace the new dispensation, bring back their resources and plough them into the country and thus create employment and improve Zimbabweans’ living standard.
That is what the country’s voters should support when they go to the polls in July.
They should vote for meaningful policies and not for tribal sentiments and/or for nepotism or ‘homeboyism’.
What the country needs are developmental policies that can be implemented by means of local manpower, local materials, local management, local money and local motivation.
While foreign development factors do play a role in virtually every economy, it is most important to emphasise the local development prerequisites.
The coming elections should highlight the need to select and elect knowledgeable, motivated and practical representatives whose passion is to lift their constituencies to higher socio-economic levels.
Those socio-economic levels should be practicable and culturally relevant to the constituencies. Innovative representatives such as councillors, MPs and senators are preferred in such circumstances.
Good representatives should regard themselves, and be regarded first and foremost as people’s servants who are eager to listen, learn and apply their knowledge, particularly in appropriate technology such as in the fields of bio-energy and irrigation.
Three major advantages of appropriate technology are its use of local materials by local technicians for local markets.
In Zimbabwe, these advantages, are not related to such things as bullet trains and airports as mentioned earlier in this article.
It is very important that voters should not be misled by people with high sounding but impracticable ideas, empty dreams in effect.
Saul Gwakuba Ndlovu is a retired, Bulawayo-based journalist. He can be contacted on cell 0734 328 136 or through email. sgwakuba@gmail.com