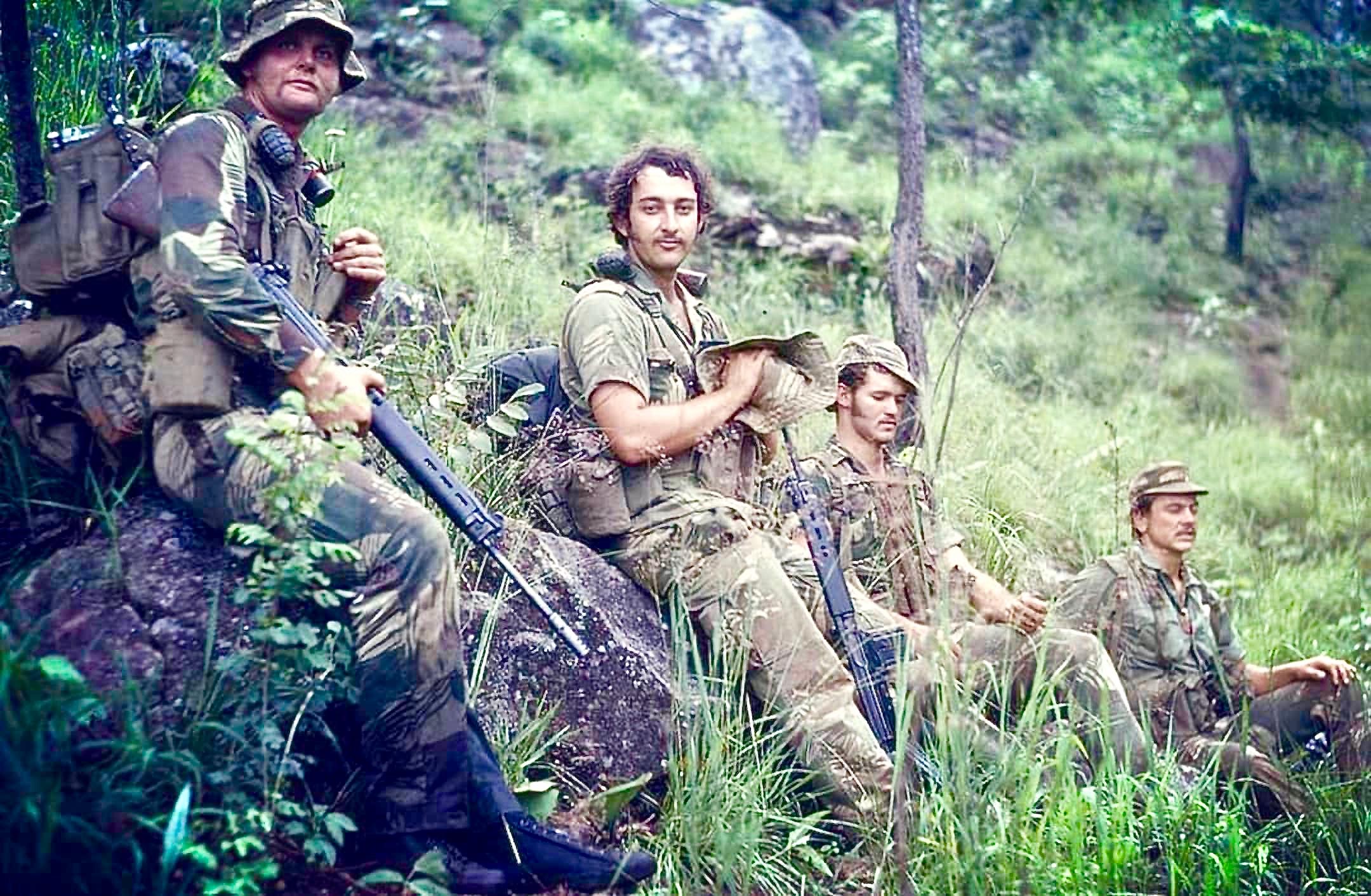 JUNE 8 1977 was yet another ‘normal’ day for the ZANLA recruits receiving training at Chimoio Training Camp in Mozambique.

Going about their daily chores and drills, eyes were set on the prize; finishing training and joining those in the trenches to free the motherland.

Unbeknown to them, the enemy was already among them.

Rhodesians had found a way to infiltrate their camp.

What started off as a mild headache for Bernard Nyatongo, whose Chimurenga name was Ndudzo Pasihaparowi, advanced to what was thought to be a serious case of malaria as he experienced severe body chills and dizziness.

It did not end well.

Before the comrades could begin to mourn their own, more deaths were recorded.

By end of day, 11 more recruits had died.

Then it struck, this was not just malaria!

The Rhodesians had put in motion the chemical and biological warfare (CBW) plan.

According to the Library of Congress website chemical weapons are devices that use chemicals to inflict death or injury while biological weapons use pathogens or organisms that cause disease.

Pathogens include bacteria, viruses, fungi and toxins which are poisons produced by animals or plants.

Only 16 countries, including Germany, Iran, North Korea, the US, the UK and Russia, have had or are currently suspected of having biological weapons.

The Rhodesian Government is one of the few governments known to have used chemical and biological agents.

The Ian Smith regime used CBW towards the end of the protracted struggle that birthed Zimbabwe.

It was apparent Rhodesia was losing the war.

Momentum among freedom fighters had been revived.

They were not backing down.

The attainment of independence by Mozambique in 1975 was an assurance to the fighters that their fight would prevail.

The fighting spirit was revived.

Zimbabwe, they reckoned, was next to be freed.

In a show of solidarity, independent Mozambique assisted fighters set up more training bases and refugee camps within its borders.

Consequently, there was an influx of people crossing the border to train as freedom fighters.

Rhodesia’s chemical programme was scaled up and expanded.

The project was the brainchild of Professor Robert Symington, who headed the clinical programme at the then University of Rhodesia’s Godfrey Huggins School of Medicine.

Prof Symington was an amateur toxicologist with a small but well-equipped laboratory in his Borrowdale home.

He was also a high-ranking territorial officer and had a direct connection to the Ministry of Defence.

As early as the last quarter of 1974, Symington was working with the Ministry to devise a system of exterminating freedom fighters, using various poisons.

Given that Rhodesia’s security situation had deteriorated, it was time to play dirty.

The plan was presented to the Defence Minister P. K. van der Byl, who brought it to Smith.

Following consultations with his War Cabinet, Smith delegated responsibility to the Central Intelligence Organisation (CIO) while implementation was assigned to the Special Branch liaison component in the Selous Scouts.

Due to lack of documented material or living witnesses, it remains unclear when the CBW programme was rolled out but it is almost certain the initiative began before van der Byl was removed from his defence portfolio on  September 9 1976.

Once authorised, Rhodesian CBW experiments at the Selous Scout ‘fort’ in Bindura and Mount Darwin date from some time in 1976 while operations began by late 1976.

By this time, Prof Symington had recruited a number of volunteers from the University of Rhodesia to work with on the project.

The team began to produce lethal agents for use.

Shrouded in the strictest secrecy, the CBW initiative was overseen by a battle-hardened and ruthless officer of Rhodesia’s Special Branch and his select team of policemen.

Answerable only to the head of Rhodesian intelligence and the Prime Minister, these men, working alongside Rhodesia’s elite counter military unit, the Selous Scouts, developed means to deploy their poisons against the freedom fighters.

Jeremy Brickhill, in the article titled ‘Rhodesia: Last Outpost of the British Empire’, highlights that the CBW was a highly monitored programme.

“CIO chief Ken Flower was certainly aware of the CBW activities, having received biweekly reports from his officer in charge of the programme Michael ‘Mac’ McGuinness, British South Africa Police (BSAP) commissioners, first Sherren and later Allum, all were briefed on the CBW efforts, and at least Sherren took steps to ensure that the programme remained concealed,” he writes

Participants in the Rhodesian CBW programme confirmed that a small-scale, rudimentary programme existed, although many details probably will never be fully disclosed.”

The Rhodesian CBW team targeted freedom fighters operating both within and outside Rhodesia’s borders.

Rhodesians thought that their ‘poisons effort’ would bring the decisive blow against the freedom fighters.

Rhodesian literature reveals that the CBW team began to poison clothing in April 1977 as well as contaminating food, beverages and medicines between May and June 1977.

The project did not end until late 1979.

The chemicals used in the CBW programme were parathion (an organophosphate insecticide) and thallium (a heavy metal commonly found in rodenticide) probably because these compounds were readily available in Rhodesia at the time and were relatively inexpensive. Among the biological agents the Rhodesians selected for use were vibrio cholerae (causative agent of cholera) and possibly bacillus anthracis (causative agent of anthrax).

Although little specific information remains available about the Rhodesian CBW effort, what is indisputable is that its primary purpose was to kill freedom fighters, whether they were recruits transiting to camps in Mozambique or guerillas operating inside Rhodesia.

In the book The Rhodesian War, Paul Moorcraft and Peter McLaughlin highlight how some of the biological agents were used:

“Cyanide was used to contaminate medical injectables of antibiotics and vitamins,” they write.

“Organo phosphorous compounds were used to contaminate clothes, in particular underwear, jeans or other items of clothing preferred by guerillas.

“Thousands of guerillas were killed this way.

Food, in particular canned or tinned beef, tinned jam or beers, as well as wine in bottles with wooden cocks, was poisoned with thallium, the most lethal chemical warfare agent.

The thallium was injected into the sealed tins or bottle tops by the use of syringes with fine needles.

Many comrades either died on the spot or found themselves with severe diarrhoea and vomiting and later developed severe aloplecia and sudden greying of the hair and with severe peripheral neuropathy was often the end result.”

First, the effort aimed at eliminating those operating inside Rhodesia through contaminated supplies provided by contact men, recovered from hidden caches, or stolen from rural stores.

A second-order effect was to disrupt the relations between village supporters and the fighters.

Sell-outs were planted among villagers who would poison food cooked for the freedom fighters.

This resulted in freedom fighters resorting to having villagers who would have cooked food for them to taste it first or join in the meal.

Secondly, the effort worked to contaminate water supplies along infiltration routes into Rhodesia used by the freedom fighters.

Finally, the Rhodesians sought to hit the freedom fighters in their safe havens, the training bases, by poisoning food, beverages and medicines.

Special Branch distributed poisoned food and clothing in a highly secret programme that utilised rural stores that were commonly raided by fighters.

Storekeepers were usually ignorant of the deployment and, as a consequence, quite a few accidental deaths were recorded in the general population.

In the book titled: Dirty war: Rhodesia and Chemical-Biological Warfare 1975-1980, Glenn Cross highlights some of the methods used to administer the chemical and biological agents.

“The first use of CBW was before Mozambican independence,” he writes.

“In 1973, the Rhodesian army began to poison wells in Gaza and Tete with cholera (vibrio cholerae), in part to force guerillas moving over the border to take other routes where they could be more easily shot.

“The Selous Scouts introduced cholera bacteria into the water supply for the FRELIMO and ZANLA camps at Madulo Pan not far from Malvernia. By sabotaging pumps and pipelines, the Scouts forced the guerillas to use tainted ground water.

“Unaccountable cholera outbreaks were reported in various parts of Rhodesia as a consequence of ongoing deployments of spore and the natural spread of the disease.”

In June 1977, The Operations Coordinating Committee requested the officer commanding Special Branch to provide detailed figures for deaths of freedom fighters that could be attributed to poisoning.

The figures supplied indicated that 809 individuals had succumbed to this method in a period of six months.

Biological attacks were also part of the strategy which claimed an unknown but significant number of lives.

Glenn Cross, in his book, argues that in its attempt to defend white rule, Rhodesian white settler-agents killed 1 000 to 2 500 people with CBWs, including hundreds or more in Mozambique.

In the book The Fallen Heroes of Zimbabwe, which is a compilation of names of known heroes who died during the struggle and the cause of death, it shows that more than 2 000 died as a result of CBW.

Lacking international political or economic support, Rhodesia’s fate from the outset, was doomed.

The CBW programme failed to stem the tide of war.

The international community banned the use of chemical and biological weapons after The First World War and reinforced the ban in 1972 and 1993 by prohibiting the development, production, stockpiling and transfer of these weapons.

But Rhodesia used them anyway and the culprits were never brought to book as a policy of reconciliation was preferred over retaliation.

Calls continue to be made for more states to join and faithfully implement the Convention on Certain Conventional Weapons (CCCW) and its five Protocols, which prohibit or limit the use of weapons that may have indiscriminate effects on civilians or may cause excessive suffering to combatants.