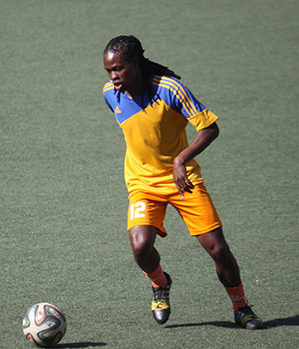 WILL it be a case of so-near-yet-so-far again for the ambitious Harare City FC in the Chibuku Super Cup final?
Harare City secured a berth in the Chibuku Super Cup final for the second time.
Last year the Harare side lost to FC Platinum at Mandava Stadium in a pulsating final.
This year, the Taurai Mangwiro-coached side are in the final where they clash with Harare giants Dynamos at the National Sports Stadium tomorrow (Saturday).
Harare City FC were close to clinching the Chibuku Super Cup last year, but a lapse in concentration saw them surrendering the 1-0 lead in the closing stages of the game forcing the match to be decided on penalties.
Talent Chawapiwa had put Harare City FC ahead in the first half before Walter Musona equalised.
FC Platinum then won 3-1 on penalties to be crowned the champions and secured a place in the Confederation of African Football (Caf) Confederation Cup.
Dynamos and Harare City FC have everything to play for in the Chibuku Super Cup.
For Dynamos, the league title is out of their reach unless some drama happens, leaving the Chibuku Super Cup as a consolation.
With prize money of US$75 000 and a slot in the African Safari, Dynamos will fight to the bitter end to win.
For Harare City FC, the Chibuku Super Cup presents a chance for their maiden premiership silverware since their joining the top flight in 2012.
A ticket in the Confederation Cup will be the highest achievement for Harare City FC’s crop of 2015 who will be scaling dizzier heights.
However, Mangwiro has struggled to beat Dynamos in the past three years.
At CAPS United and Harare City FC, the soft-spoken tactician has failed to beat Dynamos.
The best result he has managed is a draw.
In 2012, Harare City FC were Dynamos’ bogey side in the league, but that is no longer the case as the latter now enjoy more victories on the head-to-head fixtures.
The match tomorrow is expected to be a thriller.
In recent league matches they played against other opponents, both teams settled for scoring draws.
Dynamos were away to Flame Lily and drew 1-1 while the Sunshine Boys, as Harare City FC are also known in soccer circles, shared spoils with How Mine in a 2-all draw at Rufaro Stadium.
Dynamos were missing the services of regulars, Ocean Mushure, Blessing Moyo and Roderick Mutuma who were part of the Warriors team that travelled to Maseru, Lesotho for the African Nations Championship (CHAN) last round qualifier and drew 1-1.
The Warriors qualified for the 2016 edition of CHAN with a 4-2 aggregate win.
With the return of the trio, Dynamos gaffer Tonderayi Ndiraya is playing his cards close to the chest as he wishes to end the season on a high note with silverware to his credit.
Tatenda Mukuruva has been consistent compared to Tonderayi Mateyaunga and is more likely to be the number one man.
Former Underhill FC centre back, lanky Sydney Linyama might partner Elisha Muroiwa in the heart of the Dembare defence while Mushure and Moyo assume the left and right back roles respectively.
Former Monomotapa defender Obey Mwerahari is another right back option.
Moyo is more forceful and helps in attack from the right unlike Mwerahari who is more of a central player.
However, Moyo will need to be careful not to create much space on the right as Chawapiwa might find an easy highway.
Midfield hardman Stephen Alimenda is likely to play the defensive linkman role.
Ronald Chitiyo and Godknows Murwira are likely to be the attacking midfielders with Chitiyo playing behind Rodrick Mutuma and Takesure Chinyama.
Richard Kawondera could be used as a midfielder-cum-striker.
Harare City FC are likely to entrust the posts to Tafadzwa Dube while skipper David Kutyauripo and Arnold Chivheya form the nucleus of defence.
Tendai Samanja is likely to be the defensive linkman.
Mangwiro may use twin defensive linkmen in Samanja and pint-sized James Jam.
The former Blue Ribbon hardman might play deep in midfield to collect loose balls.
Jam has the ability of scoring with long-range shots.
William Manondo, Benson Maglas and Francisco Zekumbawire are Harare City FC’s arsenal expected to deliver the goals tomorrow as they seek to carve their own history in the premiership.
The gate entry fees are pegged at US$3 for rest of the ground while a VIP ticket will be sold at US$5.
On Sunday, CAPS United play host to Triangle in the last Castle Lager Premier Soccer League Week 26 match at the National Sports Stadium.