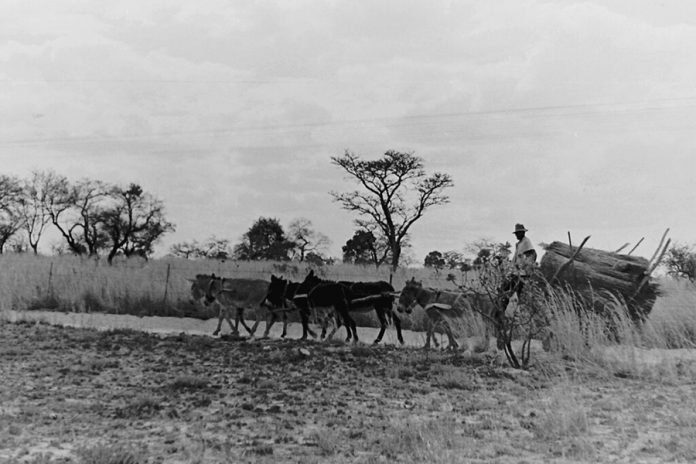 IN a communication between native commissioners titled: ‘Movement of Natives 1952: The Land Apportionment Amendment Act No.54/1951’, it was noted with “…grave concern that Wozhele’s people employed avoidance or diversionary tactics to resist eviction from Crown Land.”

The fear that Chief Wozhele’s people were determined to stay in Rhodesdale, despite the offensive that was launched against them, was gaining currency by the day, was revealed by the following statement:

In the light of the above, it was deemed necessary to issue a sterner ultimatum to Wozhele’s people ordering them to leave Rhodesdale.  For the purposes of Section 5 (1) of the Land Apportionment Amendment Act No. 54 of 1951, I beg to suggest that the Proclamation so far as Rhodesdale (Gatooma) is concerned be worded to include all natives there residing and requiring them to leave by 31st August 1952 and to proceed to either the Special Native Area in the Subungwe District or the Sanyati Reserve in the Hartley District.”

According to the Native Commissioner for Gatooma (Kadoma), “… it is a contravention of the Land Apportionment Act for a native to occupy, or be allowed to occupy, land in the European area unless he is in the employ of the owner, either full time or on a Labour Agreement basis.”

In a full text by the Acting Native Commissioner, he avidly warned against ‘native squatters’ living on European ranches.

Thus, in a warning served on one Doreen’s Pride Ranch owner, under the heading ‘Native Squatters’, it read:

“I am informed that there are Native squatters living on your ranch where they have built huts, ploughed lands and are depasturing stock. I have to point out that unless these Natives are bona fide, full time employed by you, this would seem to constitute a contravention of the Land Apportionment Act, by you and by the Natives concerned. Section 26 of the Act prohibits the lease or occupation of land in the European area by a Native unless the Native is bona fide employed by the owner or occupier of such land, for so long as he is in such employment as necessitates his presence on such land. The same section prohibits an owner or occupier of land in the European area permitting a Native to occupy such land unless he is in bona fide employment.

If the Natives are not bona fide employed, provision exists under Section 32 of the Act for Natives to occupy such land under Labour Agreements the terms of which must be approved by the Chief Native Commissioner, whereby such Natives are under the obligation of personally working for the owner. I would suggest that you take steps as soon as may be, to legalise the situation regarding Natives living on your property.

Regarding their standing crops I have told the Natives they must move and that they should either arrange to sell them as they stand to other Natives remaining on the farm, or arrange for them to be looked after until they can reap them at a later date.”

The eviction of indigenous people from European designated land was repeatedly carried out swiftly; often within just a week.

Any cases of stiff resistance against the intended evictions were reported to the British South Africa Police (BSAP).

A case in point is the that tabled by the Acting Native Commissioner (ANC), Gatooma, for investigation by the Member-in-Charge, Battlefields, in terms of the alleged breach of the Land Apportionment Act (1941) (Rhodesdale):

“In 1950 a large number of natives living on Rhodesdale, Selina Block, your area, moved to the Sanyati Reserve. A number moved on to neighbouring farms to avoid removal to the Reserve.  I have recently (sent) two Messengers warning the remaining natives to move in terms of Proclamation No. 8/52. The Messengers report that a large number of natives who were living on Rhodesdale have moved with their cattle onto a farm owned by ‘Torr’ across the Ngezi River.

This European may be of Silver Star Ranch in your area. The Messengers say these natives are not full-time workers. There is no record of any Labour Agreement under the Land Apportionment Act in this office. Would you please investigate and prosecute if facts permit.”

Dr Michelina Andreucci is a Zimbabwean-Italian researcher, industrial design consultant, lecturer and specialist hospitality interior decorator. She is a published author in her field. For comments e-mail: linamanucci@gmail.com