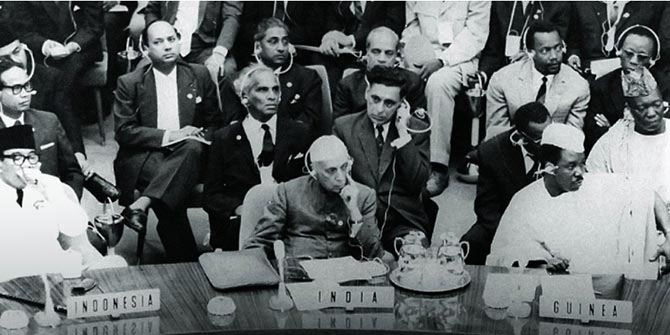 WHILE major European colonies had taken root in North Africa and South Africa well before the 1884-1885 Berlin Conference that eventually signalled the final European assault on Africa, China and Africa, too, have a long history of trade.

During the colonial period, however, European interests dominated both China and Africa.

China’s relationship with Africa is thought to have begun in 100 BCE, with solid evidence of trade in the 7th Century CE.

Likewise, between 960 and 1270, trade relations between merchants in the Horn of Africa and China grew.

In the 14th Century, this culminated in the arrival of 62 Chinese galleons and 100 auxiliary vessels in Mogadishu and two other ports.

This flotilla of Admiral Zheng He (1371-1433) marked a high point in early Sino-African trade and commerce.

Once the ships returned to China, however, conservative forces at the emperor’s court gained control. These elements saw no need to continue such voyages, and China turned increasingly inward, shutting out the rest of the world.

Evidence of Chinese blue-on-white pottery recovered at Danangombe, dated to c.1700 and the recovery of Chinese celadon dated to the Ming Dynasty while Persian bowls and Islamic glass of the 13th and 14th centuries are a collective indication of trade between China and MaDzimbahwe in exchange for, such key resources such as salt, cattle, ivory, gold and grain.

MaDzimbahwe became the formidable centre of trade and commerce and political power by the 16th Century in central-southern Africa.

The 19th Century was a period of decline in China.

The Industrial Revolution and the Western nations’ pursuit of colonial conquest and foreign trade changed China’s place in the world.

Foreign governments, especially those of the UK, Russia, Germany, France and the US, expanded their influence in China and negotiated favourable treaties with them.

During this time, thinking that Chinese workers were more productive and trustworthy than Africans, the colonial powers began to use Chinese people as coolies, or unskilled labourers, for their expanding empires.

As a result, in the late 19th Century, France and Britain brought Chinese workers to the plantations on the islands of Madagascar, Mauritius and Réunion, off Africa’s eastern coast, in order to build the colonial economy.

During this time, Germany, too, brought Chinese labourers to its colony in Tanganyika (Tanzania) to build the central railway.

China continued to suffer from internal unrest and upheaval well into the 20th Century.

However, after the Chinese Revolution of 1949, and the establishment of the People’s Republic of China on the mainland, China’s new Communist Government sought to make allies in Africa.

This change in policy was largely motivated by the opposition of Communist Party chairman Mao Zedong (1893-1976) to European colonialism and the growing global influence of the US. Most importantly, it was a period of Sino-Soviet détente, or relaxation of tensions, in which China hoped to thwart relations between the Soviet Union and Africa.

The problem was that, in 1949, the only independent African states were Egypt, Ethiopia, Liberia and SA.

The close Western ties of the first three nations and the racist position of the apartheid government in South Africa made such relations impossible.

African nationalism and independence movements across the African continent also served to invigorate African interest in ties with China.

With the attainment of independence, many new African countries were poised to accept Chinese foreign aid and establish strong diplomatic relations.

In all, 45 new African states had established relations with China, with only Ivory Coast, Malawi, Angola and Lesotho choosing not to engage the Asian country.

The colonial economy, too, underwent drastic changes and became increasingly geared towards exports. Industrialisation was limited outside of SA.

Transportation and other aspects of the colonial infrastructure, including the further development of port cities and building of major dams, were primarily designed to facilitate the export economy.

African peasants grew many of the cash crops, especially in West Africa, but in the Belgian Congo and elsewhere, European concessionaire companies ran large plantations.

Mineral exploitation was the other critical component of the colonial export economy, with large European-run firms such as Union Miniere controlling the mining industry.

By 1960, then, the political map of Africa had changed dramatically, as had African society and culture. As Africans      entered a new era of independence, conditions of life would be vastly different from those of the years prior to 1850.