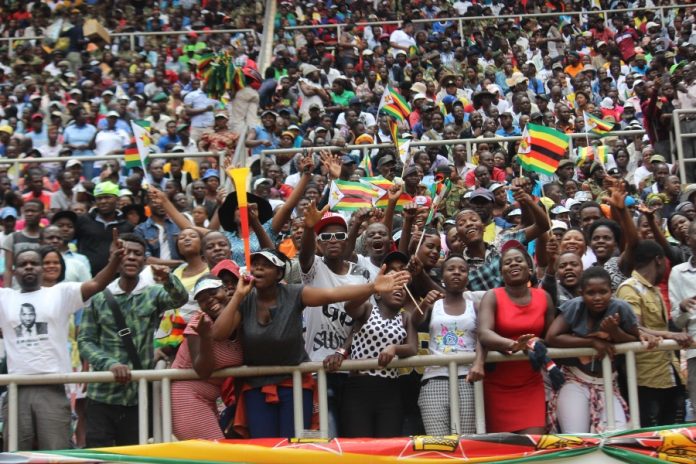 l From Page 6
First, we are told of Jabez’s hunhu nekuremeredzeka.
Jabez was a man of strong and upright moral character.
Jabez was truly honourable.
Two concepts: Hunhu/ubuntu and tsika lie at the centre of African agenda setting and intellectual (ideological) combat.
Chimhundu defines tsika as follows: Tsika maitiro anotarisirwa navanhu vorudzi rumwechete: (The human conduct expected and encouraged by and of one people).
Munhu anetsika anenge ainehunhu hunoyemurika.
These are the qualities of Jabez’s character.
Kutsiga: Kana munhu achinzi akatsiga anenge akazvibata achivimbika.
Kutsiga describes a person of fierce self-discipline who is also reliable and trustworthy.
Kutsigisa bapu (Literally, to control your lungs or hold your breath): Kuva munhu asinga kurumidzi kuvhunduka chero pane chinotyisa chinenge chaitika.
These are words used to describe a person of steady character and courage who does not panic, even in the face of danger and intimidation.
Now, the choice which the people of Zimbabwe face in 2018 can be summarised by applying the meaning of Jabez to events at the end of 2017 and the beginning of 2018 as follows:
l The massive, joyful and peaceful demonstrations on November 18 2017 following Operation Restore Legacy which was led by the ZDF and the Zimbabwe National Liberation War Veterans Association (ZNLWVA);
l The massive, peaceful and joyful crowds which filled the National Sports Stadium to mark the inauguration on November 24 2017 of now President Emmerson Mnangagwa, led by ZANU PF, the ZNLWVA and the ZDF; and
l The equally massive but mournful, confused and hysterical crowds attending the burial of the late leader of the MDC and former Prime Minister of Zimbabwe Tsvangirai on February 20 2018 in Buhera.
Unlike the first two crowds, those at Tsvangirai’s funeral were subjected to confusion, insults, stampedes, mob violence, mob hysteria and contradictory messages.
There are three questions which I would ask my readers to ponder:
l Is it not true that in terms of the values of hunhu/ubuntu, one would expect the third event, the burial of Tsvangirai in his rural Buhera, to be the most peaceful and most dignified event, given the normal African expectation that ‘wafa wanaka’ and that ‘chemai nevanochema’?
l What philosophy, what ethos framed and guided the first two events on November 18 and 24 and what philosophy or ethos framed and guided (or misguided) the Buhera event?
l Why were the first two events so starkly different from the third, even though it is clear to anyone trying to analyse the crowds that young people clearly dominated all three in terms of numbers?
In other words, the real difference between the liberation movement ZANU PF and the MDC Alliance does not lie in ‘youths’.
It lies in starkly different values.
It lies in hunhu/ubuntu netsika.