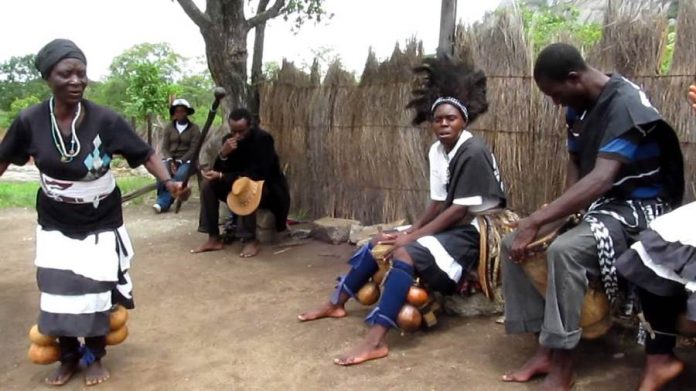 I AM just back from a funeral in the north-east.
Geographically, this is part of the Zimbabwe cultural hub.
It is in the zone that gave us the Nehanda/Nehoreka legends.
It is the epicentre of Korekore culture.
I was curious and apprehensive at what awaited me.
We arrived at night and soon, on arrival, my fears were allayed.
The night vigil turned out to be a huge church send-off, ably led by Salvation Army choirs.
I had the comfort of dosing off in my car on the sweet melodies.
On two occasions, my musical sleep was broken by summons to side family gatherings to find common ground on cultural disputes connected to the funeral.
On both occasions, culture prevailed and common ground was found.
By dawn, all the sticky issues had been attended to.
Nheedzo had been slaughtered under guise of usavi/relish for mourners.
This erosion has been going on for decades now, apparently to appease congregants.
It frees most of them to partake of meat without the burden of nheedzo.
To their credit, vapostori have been consistent with their cabbages.
But who cares; the lesser the competition the better!
At dawn, with the nice melodies still tickling the ear, muzukuru went about waking up those of us who had fallen for sleep’s lure.
Soon I joined my cousins to go and pay vakuwasha (sons-in-law) respects to the tezvaras (fathers-in-law) and ambuyas (mothers-in-law).
Here, as tradition requires, we were representing our long departed fathers.
After this protocol, we joined the cemetery troop ‘kunotema rukawo’ (marking grave site with the symbolic first dig).
Once we had gathered at the homestead cemetery, sabhuku (village headman), in full church regalia, handed the homestead patriarch a hoe for the act.
His instructions were clear; only one hoe blow to the ground was required.
Quite different to what we are used to; several hoe blows marking out the grave.
Before we could digest this interference, he was back again with another instruction; alcohol was not allowed at the grave site.
We could only look at each other in disbelief.
Both instructions sought to turn upside down the general customs and traditions of the vaShona.
Sabhuku is the lowest level of traditional leadership.
Traditional leaders, in terms of the Constitution, are custodians of culture.
And culture, simply put, is a way of life of a community.
UNESCO defines culture as ‘that complex whole which includes knowledge, beliefs, arts, morals, laws, customs, and any other capabilities and habits acquired by (a human) as a member of society.
It includes, but is not limited to, characteristics and knowledge of a particular group of people, encompassing history, heritage, language, religion, customs, traditions, ethics, etiquette, marriage, cuisine, social habits, music, dances, clothes and many other things that define and distinguish us as a people’.
Yet quite often, culture is seen as a derivative of religion.
African religion is considered hedonistic and so are its supposed derivatives like culture.
So, quite often, culture is located as African and unChristian.
Yet culture/hunhu/ubuntu is what distinguishes Africans from other peoples and to some extent people from other animals.
In the former, hunhu/ubuntu gives us a unique family identity as Africans, starting with the homestead (mana) to musha (village) to dunhu (ward) to dzinza (clan/tribe) to nyika (country/kingdom).
And in Korekore country, kutema rukawo is part of that hunhu/ubuntu.
Throughout the grave-digging, I could not stop thinking about the symbolism in sabhuku’s intervention.
Traditional leaders are now Christian converts who have thrown away miko yepasi?
I have raised the question before: Why do we allow, traditional leaders, the custodians of our cultutre, to turn their back on it?
That Christianity is now so deeply rooted in Korekore country is nothing short of a miracle.
In the beginning, traditional leaders disapproved of Christianity.
According to Rev Ndabaningi Sithole, writing in the 1950s: “They were opposed to it because it was a new institution which they had never known before.
The African Christians were tortured, persecuted and even killed for their new faith.
African chiefs did not like it because it tended to be subversive to their authority.”
Yet yesterday, the Church, born in Palestine and raised in Rome, was considered a foreign institution.
Today African traditional leaders like Christianity because it is subversive to African culture.
They also find Christianity an ‘essential tool for effective administration’.