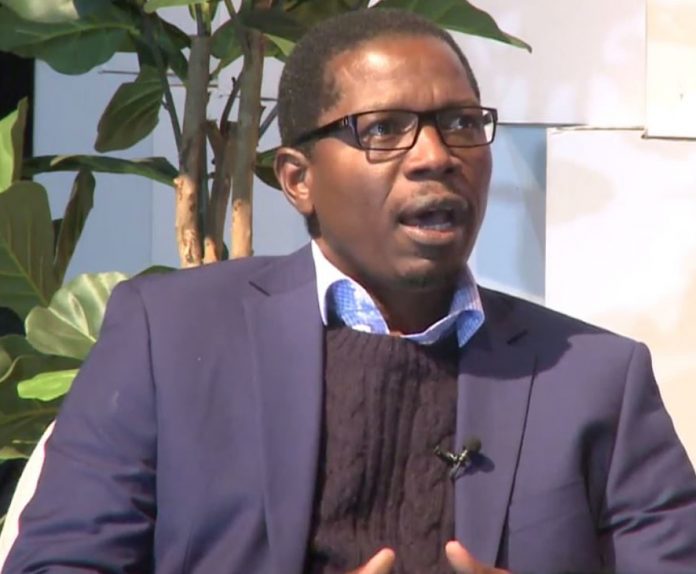 AS Zimbabwe Council of Churches (ZCC) launched the National Convergence Platform (NCP) in Harare at Kentucky Hotel on Friday last week, it felt like the re-incarnation of the 2006 church’s anti-Zimbabwe Project.

There were striking similarities between the National Convergence Platform and the ‘The Zimbabwe We Want’ project of 2006.

In 2006, several churches under the banner of ‘The Zimbabwe We Want’ initiative took the unprecedented step of pushing for the ouster of the ZANU PF Government from power by aiding the West and the opposition regime change agenda project.

And they were well financed by Western governments aiding them to pursue the anti-Zimbabwe project.

The church has once again revived the project by making a raft of demands with the civil society steering the ship.

As they gave their solidarity greetings, messages were carefully packaged to incorporate political statements here and there, with devastating effect of the 1 200 people present.

The only thing that signified that this was a church gathering were the ruwadzano uniforms and the ‘dog collars’ of the various bishops and priests.

The presence of whites was conspicuous.

Zimbabwe Council of Churches general-secretary, and NCP Spokesperson Dr Kenneth Mtata aptly captured the revival of the ‘The Zimbabwe We Want’ project in his closing statement when he said “I hope the NCP will bring Zimbabweans to a point where rather than ask the question, ‘are we in the right direction?’ we all say “this is the Zimbabwe that we have always wanted.”

In his address, whose theme was ‘Are we in the right direction?’ Dr Mtata highlighted that the current NCP initiative was not a new invention, but was built on past initiatives.

“It would be wrong to think that the launch we are having today is the first time churches and the civil society have created convergence towards national building agenda.

“In the early 1990s, the churches became the first non-governmental organisation to observe elections leading to the birth of the Zimbabwe Election Support Network (ZESN).

“It was again the churches that initially muted the idea of the home grown constitution leading to the establishment of broad-based convergence platform called the National Constitutional Assembly which was later hijacked and transformed it into a political party.

“It was again the churches that gave birth to platforms of economic justice reflections leading to the birth of Zimbabwe Coalition on Debt and Development (ZIMCODD). Reflections on youth empowerment by the church and civil society led to the birth of Youth Empowerment and Transformation Trust (YETT).”

Offspring of the unholy alliance

It is important to note that whenever the church and civil society converge, the product is a regime change Non-Governmental Organisation.

The Patriot will unpack each NGO below:

ZESN has been very active in the regime change agenda since its formation in 2000.

In April 2008, Canadian writer and historian Stephen Gowans wrote an insightful piece revealing an unbelievably intricate web of local non-governmental organisations (NGOs) and Western organisations, in particular Western think tanks linked to the government of the United States of America.

Gowans placed the ZESN at the centre of this intricate web given its centrality as the shadow elections body in Zimbabwe that led a parallel process and would conceivably take over the official role in the event of regime change in Zimbabwe and dissolution of its structures and institutions.

“The ZESN is funded by the US Congress and US State Department through the National Endowment for Democracy (NED) and United States Agency for International Development (USAID),” wrote Gowans.

“Its board is comprised of a phalanx of US and British-backed fifth columnists.

“Board member Reginald Matchaba Hove won the NED democracy award in 2006. Described by its first director as doing overtly what the CIA used to do covertly, the NED — and by extension the NGOs it funds — are not politically neutral organisations.

“They have an agenda, and it is to promote US interests under the guise of promoting democratisation. Hove is also director of the Southern Africa division of billionaire financier George Soros’ Open Society Institute, which has been involved in funding overthrow-movements in Yugoslavia, Georgia, Ukraine and elsewhere.

“Soros also has an agenda: to open societies to Western profit making. Indeed, the board members of the ZESN comprise an A-list of overthrow activists, with multiple interlocking connections to imperialist governments and corporate foundations.”

ZESN, a member of the Crisis in Zimbabwe Coalition is a regular recipient from NED and the National Democratic Institute (NDI), the foreign arm of the Democratic Party.

In 2004 it received a NED grant to “train and organise 240 long term election observers throughout Zimbabwe,” and “produce monthly reports for distribution to the media as well as national and international community.”

What more does the National Convergence Platform seeks to achieve that ZESN has failed to deliver?

In 2003, the US Institute for Peace (USIP) issued a report titled, Zimbabwe and the Prospects for Non-violent Political Change, which among other things, documented the rise of the non-profit sector in Zimbabwe.

The report suggests that:

“In the late 1990s, civic coalitions began to emerge, build consensus and gain collective strength around the need for non-violent political change.

This newer focus of NGOs on governance, advocacy and political change departed significantly from the earlier civic orientation.”

The USIP notes that the ‘two major impacts’ of the increased civic organising during the late 1990s, “were the ‘no’ vote on the Constitution and the emergence of opposition politics in the form of the Movement for Democratic Change.”

They go on to note that:

“In 1997, several civic organisations formed the NCA to press for a constitutional reform process driven by grassroots demands and popular participation.

Unlike the more collaborative strategies employed by civil society in the early 1990s, the NCA adopted a directly confrontational approach to Government in its demands for a new people-driven Constitution.”

The USIP adds that this was the ‘first major defeat of ZANU PF Government’, and they point out that the NCA was closely linked with the MDC, as the party’s leadership had been very active within the NCA before 1999.

Its main objectives were: “promotion of awareness, critical debate and participation in the making of Zimbabwe’s constitution through an open, transparent and accountable and people driven process.”

As the norm, seemingly innocent programmes are designed to influence the masses to eventually revolt against their governments.

Every act by NGOs is calculated.

In 2013, the National Constitutional Assembly (NCA) came in the open as it transformed from a NGO into a political party, hoping to remove ZANU PF from power.

The sudden transformation was a clear indication NGOs can, in an instant, transform into a force that can directly seek to effect regime change.

It is also important to note that NCA fell out of favour when it failed to produce the desired results after the 2008 elections.

“Two of the few grant funding agreements that we reviewed and the actual activities carried out, these do not appear to be very significant,” reads a donor final report that was authored by Dr Cephas Lumina in October 2009.

“For instance, in terms of the 2005 Agreement between Sida and the NCA, the latter had planned to conduct 678 grassroots workshops but conducted only 581.

“The NCA had also planned to train 120 facilitators during the year but does not appear to have done so.

“We could not identify the reasons for these variations from our review of the 2005 annual report nor were we provided with any NCA reports to donors explaining the variations.”

The NORAD report also revealed that the organisation misrepresented and cooked up reports to receive money from donors.

“For example, large portions of the 2006 annual report are substantially similar to the 2005 annual report and while the 2007 annual report ostensibly covers the period 1 January to 31 December, it mentions events that occurred in 2008 (i.e. the 29 March and 27 June 2008 elections).

“Similarly, the Bridge Funding Report for April-June 2003 includes activities that were conducted beyond the cut-off date, namely, July 2003,” reads the auditor’s 2009 report.

The report also brought to light that demonstrators were paid, a claim that the civil society has vehemently denied over the years.

“Although the NCA has demonstrated a capacity to adopt a broad range of strategies that have been responsive to the context, there have been some concerns about the rational use of resources with regard to some of these strategies.

“For example, the payment of allowances to participants in demonstrations has not only been difficult to justify, it has also undermined the NCA’s claims of broad-based support.”

It appears the NCA was just another money making and regime change project.

Could it be the same with the National Convergence Platform?

Zimbabwe Coalition on Debt and Development

ZIMCODD is a ‘social and economic justice’ coalition established in February 2000.

ZIMCODD made the headlines recently when it was revealed that it was training young people in Tanzania for banditry activities ahead of the Heads of States of Southern African Development Community (SADC) Summit.

To ‘legitimise’ the gathering, ZANU PF and Government departments were also invited.

ZIMCODD was on a mission to smear the country’s image at the SADC Summit by lobbying for Harare to be placed on the regional bloc’s agenda.

This is the summit President Emmerson Mnangagwa took over as chair of the Sadc Organ on Politics, Defence and Security.

Well-known allies of the opposition were sought to poison the development through staging demonstrations and conducting seminars meant to set an anti-Zimbabwe agenda in the east African country.

The programme was running under the theme ‘Rebuilding People’s Movements within Southern Africa’s Climate, Political and Socioeconomic Emergencies, Towards Radical Democratic Alternatives and Just Transition’.

It started operating in 2004, as a joint youth initiative which led to the coining of the Youth Empowerment and Transformation Programme.

This was registered as a trust in May 2009, becoming YETT.

The Youth network organisation is not without controversy.

YETT is reported to have diverted funds initially earmarked for implementing youth developmental programmes in the country to fund MDC-Alliance youths to take part in demonstrations.

Back to the NCP, one wonders what will be its role in the regime change matrix, but the presence of diplomats such as Timo Olkkonen just does not sit well.

Why weren’t diplomats from the East, from the Middle East invited? One cannot help but wonder.

Since time immemorial the church has done a number  on Africans, on Black people.

Dr Mtata, for how long shall the church continue to be used as an instrument for driving home the fallacy that whites are a superior race to blacks?