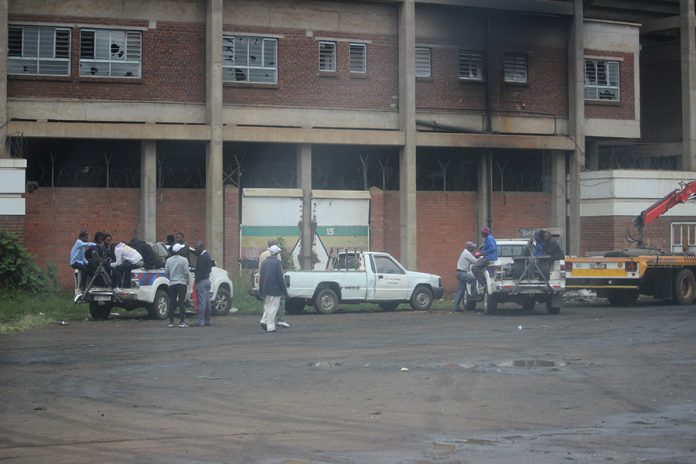 THAT Zimbabwe’s dilapidating stadia are now hitting the headlines does not come as a surprise.

The only issue is that it has taken this long for the story to come into the public domain.

The rapidly declining stadia tell a sad story of poor management of the facilities, neglect and incompetence by the City authorities.

The once revered stadia resemble apparitions not only in need of renovations, but complete overhaul.

Zimbabwe’s football infrastructure, condemned by the Confederation of African Football (CAF) has given the authorities homework and answers must be provided as a matter of urgency.

CAF inspectors recommended that issues related to the pitches, dressing rooms, media facilities and floodlights be attended to.

The irregular pitches are a nightmare to football players and infield match officials.

Only Barbourfields Stadium has been temporarily cleared to host international fixtures.

Incompetence and corrupt tendencies by Council establishments have robbed the sporting arena of what the nation deserves.

This is despite MDC leader Nelson Chamisa recently making a proclamation to the effect that his party would not tolerate incompetence and corruption.

The City Fathers are the root cause of the poor football facilities in the capital city and the buck stops with them.

Efforts to implement resolutions approved by full council back in May 2017, if at all there are any, for stadia upgrade to international standards hit a brick wall due to incompetence.

In Zimbabwe, all city councils are under the opposition party, the MDC, which takes pride in touting itself as the party of excellency but the dreadful state of the stadia is a damning indictment.

The MDC-led council has not budgeted a dollar to renovating any stadium; their budgets are chewed by the hefty allowances they dish out to their incompetent officials.

Doping rooms, which are obligatory, are non-existent.

The state of football fields, and the stadia in general, leave a lot to be desired.

For local stadia to achieve international standards, professionalism is key.

Speaking to football fans in Harare over the weekend, many bemoaned the poor state.

“Rufaro last had an artificial turf more than a decade ago, when the turf’s shelf life came to an end, lawn was planted and, for two years, we were happy. However, if lawn is not tended, it becomes a grazing field. Right now, Rufaro Stadium requires cattle to graze, it is not fit for football matches,” said Joseph Mufambi of Waterfalls.

Another soccer fan, Rumbidzai Rara, said she has since stopped watching local matches due to the poor state of the facilities.

“I am a Makepekepe fan but I no longer watch the matches. The ablution facilities are not fit for human use. The grounds are a danger to the players. City Fathers are sleeping on the job,” said Rara.

Gwanzura Stadium in Highfield has practically been turned into a ghost facility even though MDC council officials have rendered token refurbishment.

No action has been taken to repair the facilities.

After coming up with a budget for the refurbishment programme, Harare City Council officials deceptively embarked on a sightseeing with the media in the capital with promises to fix the stadia.

The authorities have dismally failed to implement their resolutions.

Harare City Council claimed to have, in April 2017, set aside US$150 000 for football infrastructure as well as budgeted US$700 000 for the refurbishment of the stadia in 2018 just before commencing of the season.

Authorities tasked with preserving the splendour and great memories of these facilities in guardianship of the legacy just went quiet and snoozed on the job.

The poorly maintained drainage system at Rufaro Stadium has been a subject which Council’s corrupt and incompetent approach failed to deal with.

The oldest football facility in the country, Gwanzura Stadium, has been years starved of premiership matches for the past five years.

The ‘first-born’ stadium was stripped of the rights to stage matches owing to worries over referees, players and fans’ security and health due to the dilapidated pre-cast security walls and changing rooms.

Another stubborn problem at Rufaro Stadium is the car park area.

Lack of safe parking space at Rufaro is a risk to soccer lovers who drive to the venue.

Administrators should commit to serve the sport, fulfilling all responsibilities diligently with no reservations, always concentrating in areas promoting high standards of football stadia countrywide.

Football authorities need to completely change the way they conduct their business or our football faces total collapse.

Zimbabwe was once regarded as a force to reckon with on the African continent in football, let us restore our past glory.