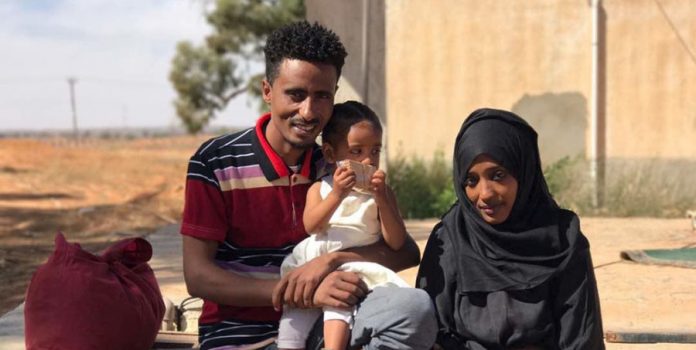 THERE are many instances in ancient classical literature where names of foreign tribes ‘were caricatured into punning words intelligible to Greek audiences’.

The word ‘Berber’ seems to be one of these.

The term has often been considered to mean ‘barbarian’, but, as G. Camps points out, the word ‘Barbares’ or ‘Berber’ in manuscripts was different from the normal plural meaning ‘barbarian’ which was ‘Barbari’.

This is one of the main reasons for considering the word ‘Berber’ indigenous to the Africans themselves.

G.Camps and others have also mentioned that the term ‘Berber’ appears sporadically in the toponyms of the ‘hamitic-speakers’.

The linguistic grouping formerly called ‘Hamitic’ by scholars included various dialects of the Cushitic and Omotic branches in East Africa besides the Berber and Chadic dialects and ancient Egyptian.

The term Erythraean and Afro-Asiatic is now utilised for these and the related semitic languages.

If, as is now presumed, this linguistic grouping had its beginnings in the eastern Sudan, then we can assume that the root bar, ber or bur signified what it does now among such peoples as the Berbers and Cushites in Africa which is the phallus, young man or a warrior.

In modern Cushitic and Tamashek (Berber), and other groups of the Afro-Asiatic dialects – the word and roots pronounced barbarihiya, bur or bar mean a male youth or warrior or sometimes the phallus.

Otherwise, the more likely significance is that it has something to do with the word for wells and water sources which are so important in the lives of pastoralists.

This would more adequately explain why the word appears in ‘hamitic’ regions as a place name.

Berber was the name for the people and region of the Red Sea coast.

Part of this region is now called Behera or Bahr Ge’ez.

The word Behera refers to the sea.

A man named Berr, according to one tradition, was ancestor of the Berbers.

The name of the hero-ancestors of the Berbers, the seven Iyyabaran or Jabarran (otherwise called Argulen), like the Jababirah of Arab tradition is probably affiliated to this name.

Many Cushitic and Berber tribes, ancient and modern, had names prefixed by variants of the root ber or bar,bur, war.

The language of certain ‘hamitic’ people now living in Chad of Cushitic origin is called Barituki meaning ‘belonging’ to the Baribari.

It was just mentioned that the term Berber was also used by the Romans for the people of the Somali coast and certain nomadic peoples of Nubia and the eastern desert.

Large areas around the Red Sea are called in ancient maps Berbera or Barbarioi.

The area extending between Berenice and down to Adulis in Ethiopia was Berber country and the Somali coast was called the other country of the Barbarioi.

The term was seemingly always employed in East Africa for these nomadic and desert people otherwise called ‘Trogodytes’.

It was never used for the peoples of other sorts of African cultures whom Strabo and other ancients assure us were in the area.

All this makes it by no means improbable that the word stems from the Africans themselves and that the appropriation of the term by the ancient Greeks and Romans led to its coming to be imbued by modern scholars with the significance of ‘barbarian’.

This is not to say such people were not considered barbarian by the Greeks and Romans.

The Libyans and Moors (as seen by the Greeks and Romans)

The early ethnohistory of the North Africans and the emergence of the Islamic Moorish dynasties has been fairly well-documented by the works of Arab historians and earlier manuscripts.

The tribes who comprised the Moors were apparently in many cases identified by the same clan names as they were known in the area of Carthage and Numidia in the centuries before the Christian era.

Although some modern Berbers are neither fully African nor European in appearance, several tribes have changed very little and the adjective ‘Ethiopian’ can just as well suit them today as it did in ancient times (see below).

The word ‘Lebou’ or ‘Libyan’ was one of the earliest terms for the black or dark-skinned indigenes in North Africa before the time of the European colonisations.

Oric Bates, a scholar familia with the archaeology and ethnohistory of ancient Northern Africa, noted in his book, The Eastern Libyans, that all of the oldest representations of the Libyans in Egyptian iconography show dark brown-skinned men.

Only in later times, after the 12th dynasty, do the paintings show other types under the same terms.

Among the most common names for the Libyans in ancient Egypt are Tehenou, Temehou and Lebou.

Another scholar more recently places the first appearance of blond Libyans under the name of Temehou during the time of Seti of the 19th dynasty.

The name ‘Temehou’ previously referred to a land located to the west of the Nile in what is now called Libya and Sudan.

It seems the migrations of ‘the peoples of the sea’ coming from areas to the North of the Mediterranean sea and the isles of that sea had led to the settlement of people related to Scythians or the later Hellenic Greeks in the areas of the African Libyans.

The Egyptians came to utilise the terms Lebou (Libyan), Tamehou and other originally ethnic terms in the sense of ‘Westerner’ and thus many types of peoples of differing origin who came to inhabit the area of modern Libya were represented under terms formerly denoting the ‘Ethiopic’ or ‘Hamitic’ indigenes.

For the Greeks and Romans Libya became the ancient name of the whole of North Africa.

They were well aware of the presence of foreigners or colonists in North Africa from Asian Minor who were descended from Scythians and Phoenicians.

However, they recolonised an indigenous and relatively homogeneous group of Libyans whom they spoke of in their allegories as the descendants of Danaus and Danaides and a ‘Nile-born’ Epaphus, described as black in ancient writings.

It was this sort of North African who was most often referred to as ‘Libyan’ by the Greeks and Romans and it is they who were ancestors of the ‘Maurusioi’ or ‘Moors’, among whom were Berbers.