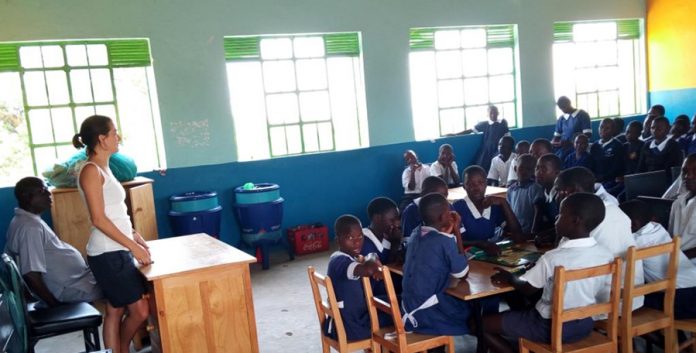 IN the previous episode of our discussion on Heritage-based Teaching and Learning, we showed that indigenous languages are not only tools of communication but they also carry the culture and total heritage of a people.

We also highlighted some deficiencies in the quality of students that are directly a consequence of use of foreign colonial languages as teaching mediums.

In this article, we shall highlight how the entrenched use of English as the language of education, business and commerce, law, media, health as well as agriculture, among many other sectors, has acted as a barrier to the full participation of the majority of indigenous population in the socio-economic development of Zimbabwe.

This situation unfortunately applies to the majority of former European colonies in Africa.

In most of these countries, colonial languages were imposed as mediums of instruction at all levels of the school system.

At political independence, the new African governments adopted and perpetuated the colonial systems of education to the great detriment of African development.

In Zimbabwe, the blanket regulation that requires all Africans to first pass Ordinary Level English language examinations with a grade ‘C’ or better before they can be allowed to undertake studies in tertiary institutions or to get employment in the formal business sector is a smart strategy to effect racial discrimination against blacks.

It has been touted as a way to maintain standards.

White colonial governments used the strategy to limit competition from Africans for jobs and business opportunities.

How does speaking a European language translate to maintaining standards?

Africa’s independent governments have kept and maintained the use of colonial languages as medium of educational instruction all the way into the 21st Century.

This situation illustrates the smartness of that discriminatory and economically debilitating colonial strategy.

The strategy is so smart that Africans do not see it as a deliberate blocking mechanism but, instead, see individual failure in those who do not pass the language tests.

The few Africans who pass the colonial (English as an example) language acid test join the elite club; they enjoy better education and job opportunities as well as some degree of acceptance by the coloniser society!

Those who fail the language test can only blame themselves!

It is a free but very unfair system; it is like playing a loaded dice which always falls on the pre-determined face.

That African people and governments have accepted this situation for decades speaks volumes on the degree of mental colonisation that the British, French and Portuguese achieved on the populations they colonised.

Not that the colonial languages should be discarded, no!

The solution is in being bilingual.

Despite widespread evidence indicating that use of foreign languages as instruction media severely reduces educational achievement by African school children, our governments continue to foist these languages on the pupils and teachers.

Whole generations of Africans have struggled with formal education delivered in colonial languages and grown up to believe they are low educational achievers!

The truth is that African pupils are very smart; the problem is the foreign language used for instruction! It is a huge barrier to meaningful learning.

The educated African elites are the guardians at the door, vociferously defending the use of foreign languages as the criteria for admitting other Africans to enter ‘heaven’.

In this case ‘heaven’ consists of education, business and employment opportunities that are accessible only to the exclusive elite club of the educated!

Needless to say, emphasis on English language proficiency has deprived thousands of young Zimbabweans of the opportunity to contribute to their country’s economic development.

The English foreign language qualification requirement for access to education and jobs severely marginalises the majority of Zimbabweans who remain mere bystanders when it comes to their country’s economic development.

Zimbabwe’s Vision 2030 may be rendered a bridge too far if the new Education 5.0 does not also do away with the restrictive colonial language requirements.

Many Zimbabweans cannot even answer the President’s call to join hands and build our economy. When they present themselves they are asked for the proverbial ‘O’-Level English pass with Grade C or better. Most do not have ‘O’-level English but ‘D’ grades which are considered ‘fail’ grades. Who says a ‘D’ is a failing grade when most of these candidates actually pass subjects taught in English?

But they are sent away anyway, to rot in the doldrums. It is English language ‘C’ grade pass or nothing!

I read a statement in one publication alluding to the value of human minds.

“A mind is too valuable an asset to waste!”.

Marginalized by language, too many Zimbabwean minds have been wasted. They continue to watch like spectators through the near impregnable academic fence called the English language!

Zimbabwe’s new dispensation has gone a long way to improve the ‘ease of doing business’ for investors.

But for the indigenous population, the dominance of the foreign English language as the key to opening most doors of economic opportunity in various spheres of life severely reduces the ‘ease of doing business’.

Even as our government is going out of its way to improve the ‘ease of doing business’ for foreigners and the educated elites, deliberate efforts must also be made to remove barriers, such as that of language, that hinder or prevent meaningful participation by ordinary Zimbabwean citizens without exception.

The President has repeated many times that no one should be left behind in Zimbabwe’s quest for economic emancipation.

But we have allowed a foreign language to be the barrier which leaves our children behind!

But where, and how, can one get the ‘passport’ to a better life, the ‘O’ level English ‘C’ grade or better pass?

Let us illustrate how the majority of our African citizens are left behind because of the English language dominance in all spheres of life, including but not limited to education, business and commerce.

Even religious preachers now preach in English! If there is no translator, congregants will be left behind.

Could they end up in Hell because they could not follow the instructions of the Man of God? Or is the preacher’s sermon only for those who can read and speak English? For farmers, most handbooks and newspaper articles on agriculture are written in English.

They are virtually impossible to read and understand, let alone translate the information into production practices on the field.

Is it those who are literate in English who will deliver us from perennial hunger through agriculture?

Labels on seeds, fertilisers and pesticide packaging are written in English; the language is highly technical.

Dosages and mixing instructions are all in English, a language little understood even by those who have completed primary and secondary education.

If we cannot follow what is written on the labels, will pollution, contamination and human poisoning not result due to inability by farm operatives to read and understand the English labels and instructions for use.

If all containers of various agricultural inputs are labelled in the local language, safe and efficient use of agricultural materials would result thereby saving farmers’ money and keeping our environment clean and safe.

Many packaged foods, including the staple maize meal, sugar, flour, cooking oil, matemba, fish, salt and other foods have nutritional information on the packaging.

Currently, there is very limited labelling of the nature referred to above.

The majority of radio and television stations in Zimbabwe broadcast in the foreign medium of the English language, thereby depriving the majority of African citizens access to valuable information on various developmental subjects ranging from health, agriculture, education and cultural issues apart from the entertainment.

Policies to promote use of local languages in broadcasting and the media in general will increase inclusivity in the implementation of national programmes.

Television is also dominated by the English language news bulletins and entertainment programmes. Although we have the 75 percent content policy, the airwaves are still loaded in favour of those who can speak and read English.

There is need to intensify production of content in local languages.

television programmes discussing critical national issues on economics, politics, health, education and culture, such as ‘Face the Nation’, are delivered through the medium of the foreign language, English. Dramas in local language are still relatively few while animated films and cartoons on African themes and with African characters are still rare.

One would be forgiven for thinking that our TV stations are located in an English speaking country — but no, this Zimbabwe!

Clearly, those who have learnt to speak and write in English seem to have forgotten that the majority of Zimbabweans are excluded from full participation by the colonial language which is written and spoken by the relatively few who went far with formal schooling.

Our politicians love to address meetings and rallies in English.

Even when delivering a speech to old women, men and youths out in the rural areas under a muvonde (fig) tree with no sign of even just one Englishman to defer to, they will speak in English.

The local people sit and marvel at the English eloquence, clap their hands in false appreciation but understand nothing from the speech.

The key for our politicians and community leaders is to communicate in a language that the people can understand so that they share your vision and can walk with you to the ‘promised land’ of socio-economic development. If you speak in English, you will go alone – nowhere!

Broadcasters and news crews package most news programmes in English.

Indigenous language television news bulletins contain items presented as relatively short snippets and broadcast about once or twice a day.

In interviews, the English version items are longer and more elaborate than those in local languages. Is it that the indigenous versions are thought to have no audience or one that has little or no interest in the issues under discussion.

In contrast, I have noticed that Ndebele news bulletin items, though few, contain elaborately presented items which leave the listener/viewer with a better appreciation of the issues discussed.

The wide range of critical issues and information in newspapers and magazines never reaches the majority of the citizens.

And yet it is this information that we citizens must share, digest and craft strategies to move our country forward.

We are leaving most citizens behind through the language choice.

A visitor to Zimbabwe, watching our local television, might be excused for thinking that we are in an English-speaking country, judging by the number of English language programmes.

In contrast, next door Botswana uses their local language for most programmes such that you have to wait for the English language bulletin to get what is going on!

Our culture, our religion and our heritage are all embodied in our language.

We can only be ourselves by communicating primarily in our mother tongues.

None but ourselves can free our minds!