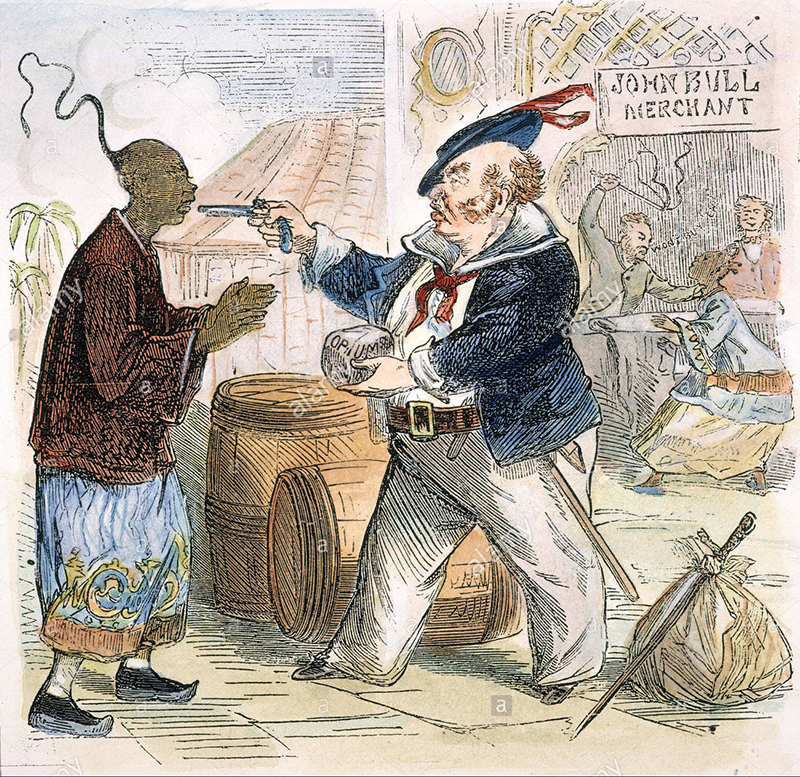 POLICIES put in place by the West in Africa were to make resources exploitable.

If these policies of land and mineral ownership are not revised, no matter which partner we choose to work with, we will still be exploited.

China was quick to recognise the West’s hand in setting up unfair trade systems in the lands they conquered.

It was during the 18th Century when the British traded opium to China, a drug previously unknown to the land.

They sold it to the youths, with the result that the nation’s labour force fell to drug dependency.

The national revenue would also be lost to the British smugglers.

This trade led to two wars that led to China’s semi colonisation.

Cities like Shanghai were filled with young addicts and prostitution was getting rampant. Sickness and death from malnourishment and overdoses became commonplace.

Japan’s wish to colonise China followed after the nation had been weakened by the Westerners.

They ignored the restrictions the Chinese authorities made on opium and set up their own rules and regulations to legalise the drug trade.

When Mao Ze Dong and the Communist Party got into power, they eradicated every Western system they found harmful.

This included laws and systems on land ownership, drug trade, maritime navigation, education and many others.

No individual was allowed to own state land, as a measure to control and keep it out of the hands of foreigners.

To this day, this law stands and ought to be emulated by Zimbabwe and other African nations.

No foreigner owns land or has access to minerals in China.

On the contrary, many mines in Africa are owned by foreigners from the West.

To stop the trade of opium, the Chinese had to publicly shoot opium users who refused to quit smoking it.

The extreme punishment was to ensure further use would cease and the illegality of the drug acknowledged.

Now Shanghai is the commercial capital city of China. It boasts the highest buildings and fastest trains in the world.

This would have never happened if the systems the Westerners left behind had remained.

When it comes to maritime navigation, China set out to strengthen and guard its coasts, especially from foreign invasion.

It consolidated its borders and conjoined with close neighbours like inner Mongolia, Xinjiang and Tibet. It fought for previously colonised places like Hong Kong and Macau and continues to hold on to Taiwan.

The little islands of the Pacific were also claimed because the West once surrounded them and engaged them in war.

Today the US engaged in military operations in places like South Korea and Japan and if China did not set up ships, boats and helicopters to monitor its coasts, it would not enjoying much security as it currently does.

China is no longer susceptible to invasion, spying, poaching and other threats.

Back to Africa in the region, we find no efforts have been made to consolidate the lands of southern Africa and strengthen its borders.

Mazambuko (Mozambique) remains detached from Zimbabwe yet the two were one land, with the former being the coast and the latter its hinterland.

Zambia and South Africa were also one with Zimbabwe, with the borders being physical ones, namely the Zambezi River and the Limpopo respectively.

People crossed frequently and civilisations like that of Mapungubwe in South Africa were directly related to the Great Zimbabwe.

Now we remain fragmented with the coasts occupied by white South African companies like Sasol and Engen.

This is why SA once refused to let through arms that the Zimbabwean Government bought from China during the days of the First Republic.

China would not be as large as it is today if it did not defragment itself.

There are many Chinese languages and dialects that sound nothing alike, but the government looked past all the divisions and differences and focused on the similarities.

Through this, they set their borders and standardised their language and writing.

They got rid of Western education, armed their people with an ideology that benefits the nation.

This process was gradual, taking over 50 years. Thus we should not be short sighted and impatient. Emancipation is a journey, not an event.

What was ours historically remains ours through heritage.

Even the Egyptian pyramids that we left thousands of years ago in the Sahara remain ours and making efforts to join with nations that distant is justified.

Yet we will not even integrate with our close neighbours, at least ceremonially to promote unity, expand our markets, resources and labour force.

We have inherited colonial systems which exploit us.

Our languages of communication at work and in schools are colonial and no effort has been made to indigenise them.

Zimbabwe is not a usual country, but an overly blessed one with good climate, fertile land, abundant mineral resources, wildlife, plenty inland water bodies with a manageable population of gentle, intelligent and hard working black people.

We envision our nation with the solidarity, sovereignty, wealth and independence of places like Libya under Gaddafi.

We cannot remain serfs when we have been chosen by God and nature to be lords.

Most indigenous miners are informal.

They have no capacity to get the legal documents and equipment required.

But they work and contribute to the national revenue and act as breadwinners for their families.

They are not criminals. They ought to be empowered through proper documentation, training, employment and access to equipment by Government.

They need to be taught how to reclaim the land, disposal of waste water or debris.

They also need to be taught beneficiation so as to add value before the minerals are sold and exported.

Simply, seeking foreign direct investment and forex to start foreign owned companies that’ll in part employ Zimbabweans is the traditional system the West set up for Africa and Asia.

We were meant to be raw material and labour resources for the Western markets.

Let us learn from nations like China and breakaway from this dependency syndrome which limits our development.