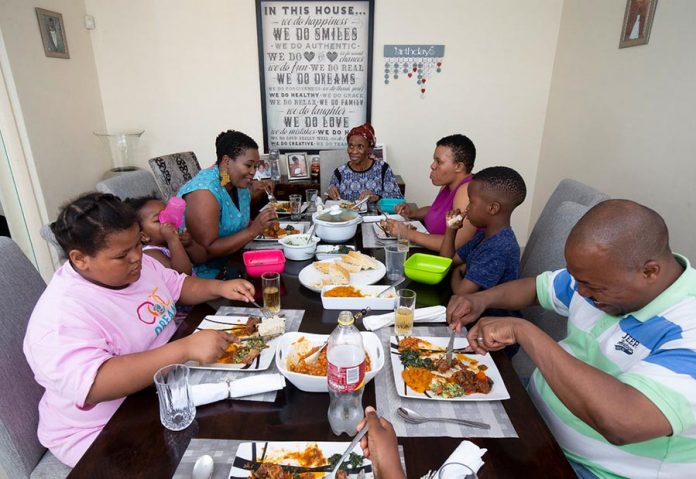 IN a changing digital and knowledge world, agricultural producers, especially Zimbabwean livestock farmers have to contend with many growing scientific and digital challenges and transitions to meet global standards.

We however, need to assess our own history, economies and socio-cultural conditions in relation to global livestock industries regarding the pricing of beef and the need for food security and national sustenance of the populace.

Zimbabwean meat producers and cattle ranchers need to come to understand the pricing of beef in relation to our own economics as well as with global meat trends and pricing.

Shortages of products such as beef create unnecessary inflationary trends of which the common man has to bear the brunt of excessive pricing; particularly from the end of November to mid-January – the Christmas season.

The current unjustifiable and unprecedented price increases prompted me to make a snap preview of beef prices at independence in 1980 in comparison to current prices.

Christmas is the season when the beef industry is at its peak, with farmers, abattoirs, butcheries and supermarkets all capitalising on the ordinary Zimbabweans’ hard-earned dollar which in these days of austerity measures is stretched to make ends meet.

Throughout these stirring economic times, it is often necessary to reflect on the past mechanisms of the beef industry in order to gain an understanding of our current runaway beef economy.

Today, even the cost of ungraded and beef off-cut waste does not commensurate with the cost of living or the salaries that most Zimbabweans earn.

More so, the average Zimbabwean family of between four or six can only afford beef, an essential protein for human growth, occasionally at month-end, depending on the elasticity of their budget.

Surely, if food security is one of our national mandates, then we need to re-think the pricing of beef and equate it to the prevailing economy and Zimbabwean citizens.

A cursory look at the price of beef over the years will give an indication of how beef pricing in Zimbabwe is way beyond the reach of the estimated 14 million citizens.

The commodification of beef was instituted by the colonial administration in the mid-1890s, following a violent incursion that created the colonial system of pricing meat graded in portions, according to a Western beef and butchery protocol and pricing structures.

Western beef-cuts were diametrically opposed and contrary to indigenous cultural notions – cuts of meat culturally designated for the family and community.

These beef cuts were traditionally mandated  to be divided according to village hierarchy, cultural specifications, gender and age and differed from tribe to tribe.

In contemporary times, however, Zimbabweans have adopted Western butcher protocols and pricing systems which are now globally standardised.

The Control of Goods (Retail Beef Prices) Order 1981, instituted a year after Zimbabwe’s independence in 1980, instituted the maximum prices for beef.

Meat then, was graded as ‘Grade 1’ or ‘Grade 2’ and ‘Super Grade Beef’ and roller marked by a government grader with the words ‘Super’ or ‘Choice Beef’ on the carcass.

The first schedule of the Control of Goods (Retail Beef Prices) Order 1981, controlled the maximum prices of super grade beef, priced per kilogram according to ‘the cut’ as follows:

For the lowest grade of offal, the Control of Goods (Retail Beef Prices) Order 1981, the maximum prices   stipulated for the end meat retailers were as follows:

Following Zimbabwe’s independence, beef prices were compatible to citizens’ wages, salaries and standards of living. Beef choices were endless and everyone, rich or poor could afford a kilogramme of meat according to their earnings.

Hence, it is now mandatory in post-colonial Zimbabwe for the authorities to re-institute an affordable price control on the nation’s meat supply.

Historically, since the Empire of Munhumutapa, Zimbabwe has always enjoyed a surfeit of beef.

In fact, it was known as the ‘Cattle Colony’ by Rhodes and his pioneering settlers.

The nether weeks of November, throughout December and early January is the season when the beef industry is at its peak in Zimbabwe.

But as always, the festive season attracts unwarranted price hikes and gross profiteering with some supermarkets and beef retail outlets raising their profit margins way beyond reasonable pricing.

Farmers, ranchers, abattoirs, meat traders and meat processors as well as butcheries and retailers also add an unjustifiable and inexcusable profit mark-up on the initial price of beef until it reaches the consumers’ tables.

Indigenous Zimbabweans are aware of the fact that it is within our nature to take care of each other’s needs through sustainable and equitable food systems.

Therefore, food must be priced equitably and justifiably in order to benefit the majority of people.

The current beef (and other foods) pricing system lacks any semblance of hunhu/ubuntu.

This Shona cattle proverb means, ‘be generous to visitors despite times of austerity’.

Dr. Tony Monda holds a PhD. in Art Theory and Philosophy and a DBA (Doctorate in Business Administration) and Post-Colonial Heritage Studies. He is a writer, lecturer and a specialist post-colonial scholar, Zimbabwean socio-economic analyst and researcher.