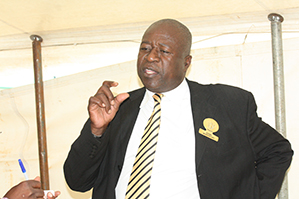 WHEN President Robert Mugabe launched the Mhondoro-Ngezi, Chegutu, Zvimba Community Share Ownership Scheme in October 2011, critics of ZANU PF’s indigenisation and economic empowerment programme dismissed it as a campaign gimmick designed to hoodwink the rural folk to vote for the revolutionary party.
But the birth of this scheme which was to be followed by 58 more initiatives witnessed a paradigm shift in Government’s priorities, which is now accelerating development in rural areas.
Community Share Ownership Schemes (CSOS) were established under Section 14B of the Economic Empowerment (General) Regulations of 2010 which provide that local communities whose natural resources are being exploited by any ‘qualifying business’ must be guaranteed shareholding in such business.
Platinum giant Zimplats, a unit of South Africa-based Impala Platinum, set the tone for many foreign owned mining companies when it relinquished a 10 percent stake to the Ngezi community.
The stake constituted US$10 million in monetary value.
This was in compliance with the indigenisation and economic empowerment law which compels foreign owned mining companies operating in Zimbabwe to dispose 51 percent stake to locals, with at least 10 percent spared for the local community in which the firm operates.
The logic was simple: equitable distribution of wealth in line with ZANU PF’s policy of empowering the majority.
Launching the Mhondoro-Ngezi, Chegutu, Zvimba Trust, President Mugabe lamented the exploitation of resources by mining companies with little benefits accrued by communities.
“Zimbabwe is well-endowed with natural resources that are of a finite nature, particularly in the mining sector, these natural resources have over the years been exploited largely for the benefit of Multinational Corporations and other foreign business entities,” said President Mugabe.
“No meaningful revenue accrued to the local authorities responsible in these areas, let alone the vast majority who fall under the traditional leadership in the communal and resettlement areas.”
President Mugabe then said foreign owned companies have been implementing corporate social responsibility programmes which promoted dependency syndrome among communities reducing them to mere observers and charity receivers.
A tour this week of some of the projects showed that much has changed since the launch of the schemes three years ago.
With a US10 million kitty at its disposal, the Mhondoro-Ngezi, Chegutu, Zvimba Trust, has so far completed 40 projects which include, among others, refurbishment and construction of schools, borehole drilling, construction of an arts and crafts centre, acquisition of a brand new ambulance for the community and computerisation of the Mashayamombe Vocational and Training Centre.
Speaking at the official opening of a classroom block at Mashayaya Primary School this week, Minister of State for Mashonaland West, Cde Faber Chidarikire said the implementation of projects shows Government’s commitment towards uplifting rural communities.
Identification of the projects, he said, is the sole responsibility of the people in the community not politicians and those who sit in the trusts governing the funds.
“There was so much doubt when this programme started but it is now paying dividends and it shows Government’s commitment towards the upliftment of rural communities,” said Cde Chidarikire.
“I want to say the identification of projects is the sole responsibility of the community. “
The projects have also created employment for many in the community particularly youths through the construction and manning of the premises.
On the other hand, procurement is solely done by business people in these communities.
Zimplats head of corporate affairs Busi Chindove said apart from releasing the US$10 million, her company had also done some community development projects.
“As a company we are happy with the way the projects are being rolled out and how they are impacting on the community,” said Chindove.
“We have programmes that are running parallel to the Community Ownership Scheme, for example, we rebuild Ngwangweni Primary School which has an enrolment of 800.”
While some sections of the media have claimed that there are no proper structures running the schemes, it emerged there are watertight systems in places.
National Indigenisation Economic Empowerment (NIEEB) chief executive officer Wilson Gwatiringa told the media last year that the structure of the trusts makes it difficult for individuals to abuse funds.
The trusts are composed of a chief executive officer of the rural district council, a district administrator, a lawyer, an accountant, special interest groups and a company representative from the entity availing the funds.
The trusts are audited by external auditors and chairmanship rotates on a yearly basis.
Current chairman of the Mhondoro-Ngezi, Chegutu, Zvimba Trust, Chief Zvimba called for extensive consultation of the community on projects to be implemented.
Chief Zvimba expressed satisfaction saying the thrust of the trusts was for people-oriented development.
“The Community Share Ownership Trusts are meant to develop communities in consultation with the owners of the trust, those people in the community,” said Chief Zvimba.
“We don’t impose projects on the people, that is why we emphasise on the need to have people-oriented development.”
With the indigenisation programme getting into full throttle it is only a matter of time before we have people in rural communities becoming active players in the country’s economic development thrust.