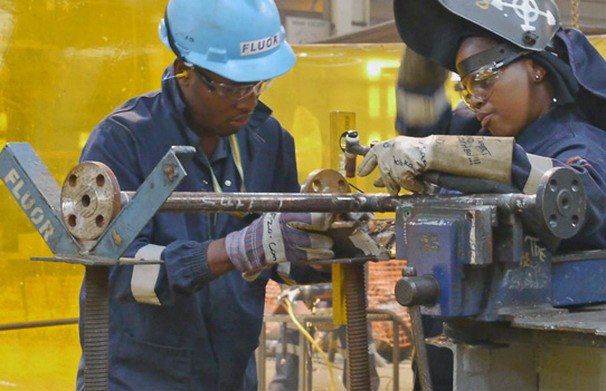 THE National University of Science and Technology (NUST) graduate in electronic engineering, who I shall call Elton, was musing about a conversation he had had earlier that day with a friend, a class mate, a fellow graduate engineer from NUST. They had been trying to puzzle out the current economic situation; trying to understand how they had got into the predicament and how they might get out of it.

His friend had told him that he had put aside his car as he could not afford the cost of fuel. To myself I said, if engineers could no longer afford to run their cars, what about the rest of us!

But Elton had a very clear perception of why they were in this predicament.

Elton has three cars; so far he can run them but only because he has to put in so many extra hours with different companies.

According to Elton, the problem is that when they went to school, they were given the British model, where you get schooled, get your certificate, work, buy your car and house and that is the sum total of your achievement, end of story.

But this is a model that no longer works, hence this friend and many others have to put their cars aside.

If they had been given a different outlook on life, one which suggests that they use their knowledge and skills to become entrepreneurs, they too generate wealth.

They might be generating wealth as entrepreneurs instead of working 5 to 6 jobs just to break even.

Elton says that if he and his friends had put aside buying cars but instead imported machinery to start production enterprises, they might be in the running today as producers and running their cars would not be a problem. Instead, they rushed to buy cars, the conspicuous consumption bug had its way with them and now they are saddled with cars they cannot afford to run.

“As an engineer there, are so many things I can do, so much I can produce though I was never schooled to be creative. The model was that we should service machines produced by others; never to create machines. Even then, there still are things we can do,” explained Elton.

In an earlier article, I referred to Elton’s criticism of engineering classes at NUST; that they did not encourage innovation and originality, that in fact a class-mate who had dared to be creative and original had been failed and had had to graduate a semester behind them who had complied with the status quo.

Elton laments that the light dawned on him a little too late; his consciousness was aroused by the current economic situation and he has started his own company. He has shelved buying a stand to build a house on, he says the stand would just lie idle while there is no money to build as the situation is right now but If he pursues entrepreneurial activities, in time he shall generate enough wealth to buy a stand and build rather than tie up several thousand dollars in a stand that will lie idle producing no returns for some years at least.

“There is a lot of money floating around. People have a lot of money, but they will not invest it. Flashy cars, flashy houses, flashy lifestyles is our bane. We want to be New Yorkers in Zimbabwe when we don’t control the economy. If tomorrow something changes what do you do with your New York lifestyle which depends on a foreign investor who has folded up and left for greener pastures? We do not make it, we do not see ourselves as Zimbabweans who have a stake in this country. We want to educate our children to go to university abroad, to live abroad, leaving Zimbabwe to who? I never went to private school, I was educated on my mother’s sweat. My father died before I started school. She worked hard in the fields. She sold vegetables, finally I go to NUST I perform as well and even better than those who went to schools costing the earth, I still graduated. So what would happen if all those thousands, millions, paid in fees and exorbitant schooling lifestyles were invested in production; if the parents bought these companies that are folding up everyday, and taught their children to work in these companies from their school days; if they encouraged them to take up degrees which would enable them to take up these companies and develop them, but instead money is burned to send someone to a school that costs a thousand times more to get the same education I got from a rural primary school, a rural mission secondary school! Why do we burn up our money instead of investing it; investing it in building a solid Zimbabwe, not a Zimbabwe that depends on others? When we teach our children expensive lifestyles, truly in what way are we preparing them to serve Zimbabwe? Clearly Zimbabwe is not on the agenda, it is just them and having it all, and sharing whatever not with Zimbabweans but living it up abroad, ” Elton was passionate he poured his out.

“I have my three cars but they are nothing but a drain on my dwindling income. I fear the day each car breaks down; the repairs are not affordable while the fuel forces me to live an impoverished life. I should have bought instruments of production, machinery, I would be struggling with a different problem, a meaningful problem.”

Indeed there is a lot of money floating around which could be invested.

The ZHT CEO Comrade Pritchard Zhou informs us that African women spend US$6 billion annually on artificial hair- what miracles so much money could make on our economies. And it would be our own money with no strings attached.

“Young graduates spend more and more money seeking Masters’ degrees in the hope of improving their chances of clinching a higher paying job. That’s all we have been taught to look forward to, not to control the situation. We never think of pooling our resources to start our own companies; it always is to get a better job, a promotion, if not here, then abroad, and leaving the economy to others, leaving the real bread and butter issues to those who know what it is all about. We have never been taught to know what it is all about, but to get a job and craft a neat little life, a car, a job, a house, a classy wife or husband and a classy flashy life for our children which we can boast of  Facebook but when those who control the economy turn the tables against us, we are lost,” Elton was not at peace, if people can change things, why let them get so out of hand.

Listening to Elton’s analysis reminded me once again of the heartbreaking reality, that those who destroyed political economy as a subject in our schools, held an Ace, something so fundamentally critical to the welfare and future of Zimbabwe was destroyed.

It should not be like this! Our children should have grown up knowing what it is all about, the political economy of our country, that there is a catastrophic problem if the lands, the mines and all the major means of producing wealth are not in the hands of the people of the land but are controlled from outside the land. Our children should have been schooled to know that they are the heirs of this great land and no-one but themselves should control, not only the political affairs but the economy as well but then you do not control the economy if you do not own it.

It is the ideological axis of our education which has thrown our young off course, and will continue to derail them and the nation until this mental outlook is corrected.