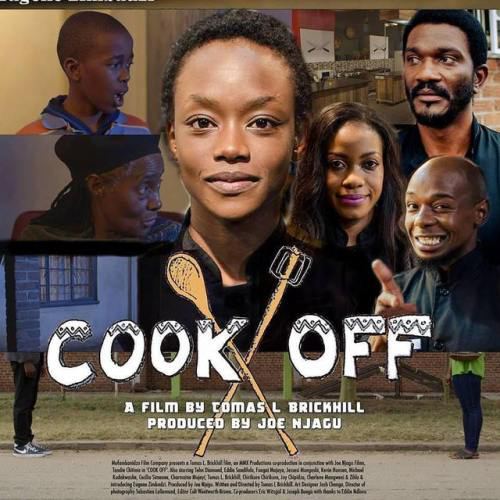 WHEN I first came to know Thomas Brickhill he was a young boy, a teenager at Prince Edward High School.
He was a year behind me, a prefect and loved by most students, unlike the trend between most prefects and students.
I always thought he was a bit different for a white boy, always giving an ear to all grievances, never considering skin colour.
We grouped and separated ourselves according to colour.
Being at Prince Edward School that time, there was no escaping black recognition, for they were the majority.
Brickhill is one person I can say, place him anywhere, he has no problem blending in with everybody, even if he is the only white person around.
Brickhill wrote and directed the film, Cook Off even penning some of the Shona lines himself.
There is no mistaking who he is, how and where he grew up. As I entered the film’s venue, I saw a mixed audience, brought together by a movie.
This is not about being white or black, it is about being Zimbabwean, knowing and understanding our differences, appreciating one another in order to build a Zimbabwe we all love, working together in harmony.
So when I first read the script for his just premiered feature film Cook Off, I nodded in appreciation.
It’s been a while since I have read such a well-structured script.
Was the director going to do the good script justice?
This is always the challenge; a good script can be messed up in production resulting in an end product off the pitch.
There are a lot of good Zimbabwean stories yet to be told on film due to lack of funds.
Just before screening the feature at a local hotel on the December 7, Brickhill did not mince his words when he humbly informed the audience that the feature was a low budget film and that none of the actors had been paid.
I heard a young man seated a few chairs away from me whisper, “Here we go again, trying to justify his film before we’ve even watched it, in case he messed it up.”
I wondered if the young man had ever done a feature film, if he knew what it entailed, the hustles, the pain of putting together all the logistics, with money you do not have.
Making sure that the cast and crew have been fed on set and no one is grumbling, is a tall order.
Most of us don’t know the hardships because we have never travelled the road.
There are quite a number of shelved film projects in Zimbabwe, some were shot but never came out of edit. Brickhill deserves a pat on the back, for achieving such a feat under hardships.
However, he could not have done it without Joe Njagu, the producer.
Together, they formed a formidable team and with Media Matrix (MMX) and such a cast, alongside a professional crew, they did a sterling job.
It has been a while since something this good came out on the big screen locally.
Cook Off tells the story of a dream come true for a young Single Mother Tendainashe Chitima, who, despite being an amateur chef in the field outshines professional chefs to win Battle of the Chefs Cooking competition.
Supporting actors include hip hop artist, Tehn Diamond (Tendai Nguni), Eddie Sandifolo, Charmaine Mujeri and Jesesi Mungoshi.
Outstanding performance goes to the youngman, Eugine Zimbudzi, who acted as Chitima’s son and should he remain in the field, is destined for lofty heights.
As usual Sandifolo and Mujeri did not disappoint, bringing the game up and keeping audience hooked.
Casting was well done, I was concerned when I saw Brickhill acting as one of the contestants during the shoot a couple of months back.
It’s not always a good idea to act in a film you are directing but as is with most features in the country, there are always glitches and as such, director and producers often have to come up with a second plan to make sure shooting is completed.
Joe Njagu later told me that Brickhill was not scheduled to act in the film but stepped in to act as JJ because the person cast for the role failed to turn up.
However, JJ pulled it off, and as I sat in the filled up the venue, I noticed how engaged the audience was, members of the audience periodically made comments enjoying the film.
An occasional ‘ooh’ would come from one corner and in another an ‘ahhh’.
Even though the story is one with an expected end, the execution of it and familiar faces on screen had audiences smiling, laughing and jeering with a few curses here and there.
Yes, Cook Off is a must watch, something I wouldn’t mind to watch again.
The picture quality was good.
As for the sound, there might be need for a few touch-ups, but on the whole, it is a good production.
The editing was synonymous with the usual Hollywood touch, with none of the dragging scenes we normally experience on Nigerian movies.
I rank Cook Off high up, the same notch as films produced by Media For Development Trust back in the 1990s like Neria and Yellow Card.
Well done to Brickhill and Njagu.
If we can have a few more films like that, hopefully, soon enough we will be able to host our own International Film Awards.