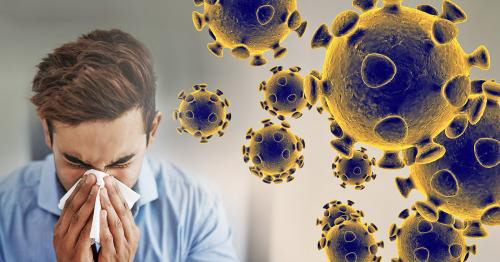 NEARLY two months after the global break-out of the coronavirus pandemic, it was clearly disheartening to read the following passage right on the front page of the Daily News here:

“The Government is coming under growing pressure to return the country to the general use of multi-currencies anchored by the American dollar, as the prematurely re-introduced Zim dollar continues to plummet on the black market.” (March 14 2020).

This kind of illogic reporting is disheartening because, even at the height of the dollarisation frenzy between 2011 and 2012, there were never enough US dollars to make the economy liquid.

Now, with the flow of visitors to Zimbabwe stopped indefinitely as a result of the coronavirus scourge, with Europe and North America having stopped trade and travel indefinitely, how did the Daily News and its editors expect to dollarise the whole Zimbabwe economy without the dollar?  The editors of the Daily News were not alone.

The Financial Gazette, on July 7 2007 and June 6 2019, published opinions advocating adoption of the South African rand as Zimbabwe’s currency.

The June 6 2019 front-page piece was titled, ‘It’s time to adopt the rand – Experts’.  This was despite the fact that the same Financial Gazette on April 28 2019 (page 23) had already published the view of the South African Government represented by that country’s Trade Minister Rob Davies who had already advised Zimbabweans that they should create their own currency:

“‘Zimbabwe should adopt its own currency: South Africa’,” read the headline in the April 28 2019 Financial Gazette.

I cite the examples of the Daily News and the Financial Gazette merely to show that many in Zimbabwe, especially among the urban elite, do not think through the ideas they promote.

What is usually lacking is the ability to read the real world in addition to theories in books.

The break-out of the coronavirus is a true global tragedy but it offers opportunity for The Patriot’s readers, especially and MaDzimbahwe in general to think about its implications for what we have been told or taught about the economy, about Government and about the people.

Essentially there are two opposing ideologies which come to the fore as a result of the coronavirus pandemic.

The International Forum on Globalisation (IFG) defined one position as follows:

“Corporate globalists inhabit a world of (corporate) power and privilege.

They see progress everywhere because from their vantage point (as millionaires and billionaires) the drive to privatise public assets and free the market from governmental interference appears to be spreading freedom and prosperity throughout the world, improving the lives of people everywhere, and creating the financial and material wealth necessary to end poverty and protect the environment.

They (global managerialists) see themselves as champions of an inexorable and beneficial historical process toward erasing the economic and political borders that hinder corporate expansion, eliminating the tyranny of inefficient and meddlesome public (state) bureaucracies, and unleashing the enormous innovation and wealth-creating power of competition and private enterprise.”

This crass corporatism or privatism is an extreme and naive version of neo-liberal philosophy which assumes that the management techniques which have produced profits for corporations and a few billionaires must also apply to the management of the state and national affairs.

From there it proceeds further to say that because companies and billionaires are making super-profits while the state is incurring debts and deficits, the Bretton Woods Institutions (BWI) should either force politicians to become businessmen and adopt businessmen’s ways of running the state or simply disqualify politicians from governing in order to replace them with billionaires, millionaires, technocrats and ‘business-minded’ people.

In this sense, ‘good governance’ means mostly the adoption of a neo-liberal political agenda which is good for corporate profit-making and the enrichment of a few billionaires at the expense of the povo.

What the coronavirus pandemic has done worldwide is expose the bankruptcy of privatisation of public assets accompanied by the concentration of wealth, public sector retrenchments and the overall downsizing of the state.

Now, in the wake of coronavirus, citizens are demanding protection by a fully resourced, comprehensive and competent state using Ministries of Health and other departments of the state.

No part of the country wants to be found unprotected and without the services of the state if the coronavirus should hit us as it has hit other countries of the world.

Charity from billionaires and corporates is hopelessly ad-hoc, haphazard and inadequate.

This is why US President Donald Trump is sounding incoherent in his responses to the pandemic.

He won the 2016 election by attacking big governments and he promised to ‘drain the swamp’, meaning the established Government and its public agencies.

Now everyone everywhere is demanding: Where is the state, where are state services when we need them most?

This confirms Benjamin Barber’s observation that:

“It is hard to understand the economists who claim that we can globalise the economic corporation and banks but we do not need the regulatory power of the state in the global arena.

The corporation is a product of the (capitalist) state, a creation of law.

The place where capitalism cannot work is where there is no state.”

This is the broad context within which Zimbabweans can improve their thinking and re-thinking about Government, the people and the economy using the unexpected emergency caused by the coronavirus.

Even if the scourge were miraculously to skip this country completely, the issues arising from its global and regional impact would still merit consideration as follows:

The bankruptcy of such ‘expert’ opinion is crystal clear now in the wake of the coronavirus.

Where does a country under sanctions and with no money of its own expect to find the emergency budget to fight a rapidly spreading pandemic? Most governments in North America and Europe are simply printing money to fight the pandemic. They call this printing ‘quantitative easing’.

Their corporations are receiving rescue funds from the same quantitative easing!

And what is the point of continuing such an exercise when we have postponed all international events, such as ZITF, indefinitely?

Where are the US dollars and other foreign currencies going to come from to make such demands meaningful?

How did those ‘experts’ expect the state to fight the coronavirus pandemic?

These two drivers of hyperinflation could be tackled and should have been addressed in that March 11 press conference.

The resettled farmers simply need to be capacitated to produce food for the nation and to trade with one another.

That capacity will not come from a pre-occupation with buying and selling foreign currency using the Reuters System.

This position is actually hostile to the idea of the Zim dollar as a means to achieve universal national liquidity or popular liquidity.

The coronavirus pandemic has now made the need for that universal liquidity a matter of life and death for the majority; since it is clear that the consequences of the pandemic will reduce even the small foreign currency flows into Zimbabwe achieved over the last eleven years of disastrous dollarisation.

From 1980 to 2007, the availability of local money ensured continued and continuing economic movement and activity driven by purely local and national players with very limited access to forex.

Since the theoretical introduction of foreign multi-currencies, the rich and the powerful have expanded their former advantages in accessing the US dollar and they now view and treat it as if it were our disposable income.

Therefore, the US dollar has widened the gap between the povo on one hand and the rich and powerful minority on the other.

This gap poses a great risk because the foreign currency control system which was based on exchange with local currency is no longer in place.

People now move in and out of Zimbabwe with foreign currency, without declaring or changing it into local money. US dollars illegally extorted from impoverished lodgers is euphemistically and wrongly defined as ‘free funds’ while the Rent Board look the other way.

To make matters worse, those who have been put in charge of both fiscal and monetary policies belong to the same privileged class who always had privileged access to foreign currency and who now enjoy the additional advantage arising from the fact that this forex is now treated as if it were our local currency and until 2016 it attracted very little regulation, if any at all.

The result is a hyper-active forex-chasing and mainly urban elite ignoring a paralysed and cashless rural and peri-urban hinterland where people are lucky to see a five-dollar note in a whole month.

The risk is that the rich and powerful class, which includes those charged with formulating fiscal and monetary policy, now enjoy the advantage of accumulating assets which those with no regular access to the same cash are forced to give up in order to get a little cash.

If we introduce the coronavirus (on top of sanctions) into such a situation, the result can only be catastrophic for the majority.