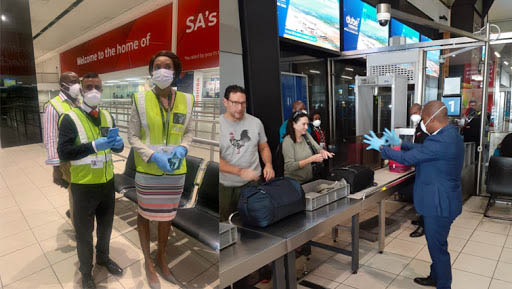 EDITOR — THE deadly coronavirus (COVID-19) has managed to spread from a suspected sea food market in Wuhan, China, to become an international health emergency having encroached into over 70 countries, infecting over 106 000 people and killing over 3 500.

Africa has recorded a startlingly low infection rate with currently just over 30 people having fallen prey to the disease and a significant number of them being foreign nationals, especially from European countries, an outcome which has baffled most experts.

Somehow, the southern part of Africa had managed to avoid the virus, which seemed to prevail in North and West Africa, but that was until last week when a South African national who had been to Italy, a country severely ravaged by the disease, was confirmed to be infected.

What is disturbing is that, the person inexplicably ‘evaded’ airport authorities who must have been on high alert and went on to spend some time at home and then visited his doctor only when he began to notice the symptoms of the virus.

Heavens know how many people he was in contact with. The SA authorities have even sent a tracer team to pick out his possible contacts.

What is especially worrying is that there are an estimated two million Zimbabweans living in South Africa.

Although the government has assured us that sufficient measures have been put in place to combat the disease, we must remain alert and take all the necessary precautions.

The South African case needs to be treated seriously since a lot of Zimbabweans frequently travel to and from South Africa with some using illegal routes, thereby putting the country at high risk.