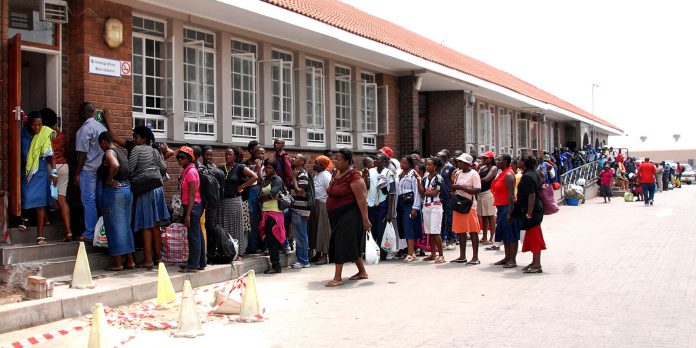 SINCE the onset of the COVID-19 pandemic, food insecurity has increased in many parts of the world.

This is particularly true for households with children.

Food insecurity occurs when a household has difficulty providing enough food due to lack of resources.

Many people have lost their jobs because of the lockdown.

Mugwagwa was employed as a waiter in a hotel in Durban, South Africa.

He has been in South Africa for over 10 years and took time to narrate to this writer how COVID-19 has affected his life:

“I have lived a decent life in South Africa. I had been promoted to manager. When the COVID-19 restrictions were imposed, our industry was the first to be affected. Life changed in a flash. I had not made huge savings because I am building a house back home, so every month I would send money towards the building project.

“My account is at zero. I had believed that after a week-or-two we would be back at work, but that was not to be. All the food at home is now finished and recently we had to eat sadza with lemons. It sounds funny but yeah, we had to survive. I have four children and they are all under 18. The sight of your children crying for food is painful.

“My wife was working as a maid for a middle-class family, but since the lockdown, she has not been going to work. There is a Government package helping people with food, but because I am a foreigner, I do not qualify. Despite a court ruling that food must be given to all, the ones distributing will tell you ‘go and have your Government feed you’. The dilemma is, there is no travelling allowed. If you are lucky to travel back home, unotangira papi? It took just two weeks to lose weight.”

“In almost one-in-five households of mothers with children aged 12 and under, the children were experiencing food insecurity.”

This is for those who have had some sort of savings.

If the Government had not placed people on an 80 percent salary, millions would have starved.

With almost everyone feeling the effects of COVID-19, it is the foreigners who are suffering more abroad.

Maxwell Dombo of Mbabane, Eswatini, was in tears as he narrated his ordeal over the phone:

“We have been surviving on one meal a day. Sometimes I eat nothing for days, making sure the children have something to eat. The real cause of death now is hunger. If you venture out to get some food, the police will enjoy punishing you.”

Pastor Ashton Gumede from Pretoria, South Africa, called on God to intervene: “God must forgive us and deal with this virus,” he said.

“I receive calls everyday from starving Zimbabweans in South Africa.

“Some have gone back home.

“People are dying and it is really bad here.”