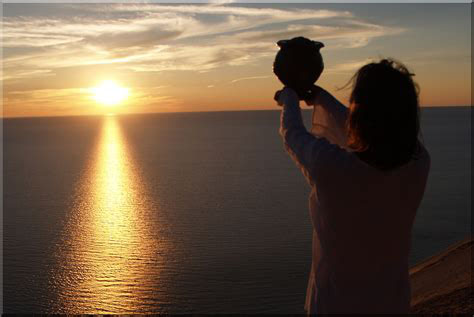 SOMETHING interesting is happening in the City of Kings and Queens, Bulawayo.
Bulawayo City councillors are pushing for the mandatory cremation of those under 25 years of age as the city runs out of burial space.
The local authority has been urging residents to opt for cremation and double interment, but the uptake has been low due to cultural and religious beliefs.
Now, councillors want mandatory cremation, a recent council report shows.
They argue demand for land for burial space is high.
The cremation of those under the age of 25 years and children follows African death rituals which evolved when the traditional religious beliefs of Africa were challenged and modified by the spread of Christianity on the continent.
Yet, up to the early 1900s in some countries, such as parts of Kenya and Cameroon, ‘unimportant people’ and the young were not given funeral rites, but left out for the hyenas.
In some areas, only vestiges of the traditional rituals remain beneath colonial teachings, but customary belief in the meaning of death, the after-life and the old ancestors’ place of honour continue in Zimbabwe.
However, cremation has, over the years, provoked debate in Zimbabwe, bringing cultural and religious beliefs to the fore.
Traditionalists argue cremation in African culture is taboo. They say fire is associated with total destruction and, in the African context, people believe in afterlife hence cremation stops one’s spirit from join the ancestors.
Christians in Zimbabwe, who oppose cremation also say they want their bodies interred intact – and feel that nature should take its course, instead of hastening a return to dust.
According to research, cremation subjects a human body to intense heat ranging from between 500C (930F) and 800C.
The family of the cremated body then takes the ashes and keeps them in an urn in the house or at a special chapel at the cemetery.
In other cultures, where cremation is accepted, ashes are sprinkled in the garden of the deceased or they are simply dumped in a water body so as to cool off the deceased’s spirit. Traditionalists and cultural activists say cremation has no expression in African Traditional Religion.
The dead, known as ‘ancestors’, are important as they have influence among the living, hence the need to respect them.
The respect is only accorded to them through proper burial rites in a grave that is constantly taken care of.
If a family is in trouble, they go to the grave of their ancestors and perform some rites so that the ancestor brings good luck to the family or can avenge any misfortune befalling the family.
However, when they are cremated, there is no grave where these rites can be performed.
Cultural activists also say the spiritual connection between the dead and the living is difficult to disconnect.
Cremating a human body entails that sad disconnection and there is a strong view this is a foreign culture.
According to Macmillan Encyclopedia of Death and Dying, when it comes to the philosophy of death in Shona and other African societies, it takes about a year for a spirit to leave the body and join the ancestors.
Therefore, if the body is cremated, that spirit would be blocked. Although it would remain alive, it would be angered that traditional burial rites were not followed properly and could return to punish the family and community in the form of a ghost.
Environmentalists also argue although cremation might be a better option as some coffins are usually coated with preservative paints and varnishes containing dangerous chemicals such as mercury that can contaminate underground water systems, there are other options like ‘green burials’.
In green burials, there is no waste of resources, and as such, green burial is a key aspect of an eco-funeral.
Using green materials to construct the coffin or the urn contributes to maintaining an all-natural burial site.
In a green burial, the body may be buried wrapped in a blanket, shroud or held within a biodegradable casket.
Natural, eco-friendly burials are common among tribes such as the bushmen, muslims, BaTonga and other indigenous tribes of the world.
Special flowers, plants, shrubs and native or newly-planted trees can be used in place of a headstone to mark the burial location of a loved one.
Family and friends can plant, care for and witness the new growth and nature in that special place.
The use of natural, biodegradable materials for burying a person ensures that the surrounding environment will not be adversely impacted by the burial.
Rather than being designed to prevent the decomposition process, as is often the case in traditional coffin construction, natural materials are fully biodegradable to ensure a natural burial process.
They allow the human body to return to the earth with little environmental impact.
There are also water absorbent biodegradable versions for when the final resting place for the ashes is in the water.
Locations for natural burial are becoming more common as more people learn about the benefits of natural burial.
Long ago, there were natural burial sites.
These environmentally friendly natural burial sites were a preferable choice to normal burial grounds, particularly for loved ones who cared for the environment.
Natural burials ensure that the natural process of decomposition of the deceased’s body is not inhibited in any way, allowing for the natural recycling process to occur as nature intended.
This process is similar to the burial process used before the end of the 19th Century, when embalming was not a common practice and the caskets were made of natural, plain wood.
In a natural burial, the body is prepared without the use of chemical disinfectants and preservatives.
Natural burials can be done on burial sites and in cemeteries that accept the natural burial process and do not require a vault.
However, due to the escalating costs of burials, green burials may be the option as they do not compromise cultural values.