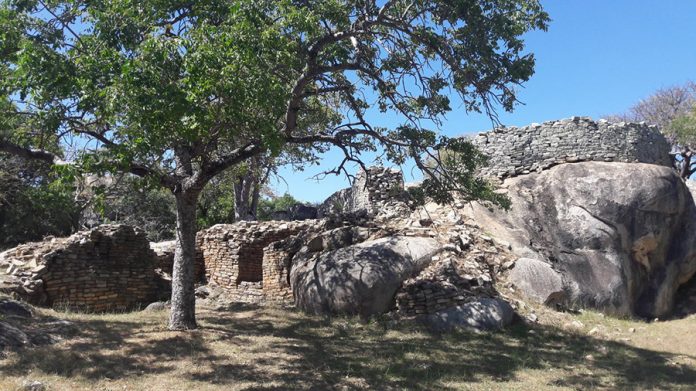 A CALL from a concerned, regular reader of The Patriot concerning the challenges for livestock breeding for the 2018-2019 agro-season for farmers in Mutoko inspired this article.
His call prompted my introduction last week to this historical and archaeologically significant eastern province; the call also led me to revisit the area.
I had no idea what to expect from my last visit to the area in 1997, where I had gone to conduct a material cultural survey. For me, Mutoko has always been an important archaeological site.
A rich mineral-bearing area where black granite is found in abundance.
It is also a gateway to Mozambique, and a road well-trodden by many of Zimbabwe’s fighting comrades during the war of liberation.
At Harare’s Simon Muzenda Street commuter omnibus rank, the queue to Mutoko swelled – a normal occurrence on a Saturday morning.
Here, a group of rowdy ‘hwindies’ (touts), curiously listened to my questions: “How long to Mutoko?” I finally asked.
One of the touts shouted: “Exactly one hour and forty-eight minutes – no stopping paMurehwa mdhara rasta, munosiiwa ne kombi, paMutoko padhuze – 147km chete!”
All said in a single brash, hurried breath.
“Vapei moyo!” he exclaimed, dancing a shimmy.
The driver obliged, zealously revving the engine, as if to assure the passengers of its engine’s good condition.
The minibus was almost full; only three seats left – I boarded the bus.
At 11:47 am, with all windows closed in the already sweltering heat, we set off north-east of Harare to Mutoko.
The brooding passengers, squashed in with luggage and sweaty with heat, sat stilled by the fear and vulnerability of the vehicle’s speed; everyone was unusually quiet.
The conductor rudely shouted: “Chemunzeve!” (for the ears) to the driver, who turned on his car radio.
Justin Bieber blared ‘Sorry’ from the speakers about something, now inaudibly distorted by static and crackling from the strain of the sound system.
The drone of the diesel engine was now equally inaudible as Bieber continued his apologies.
A chorus erupted from the passengers shouting: “Phone shop, Phone shop!”, as an elderly man, seated behind me, received a call on his mobile with Thomas Mapfumo’s catchy ‘Nyoka Musango’ baseline riff ringtone.
This prompted the driver to reduce the volume of his radio and momentary silence prevailed.
The rest of the 147 km route was uneventful and seemed relatively short; so much so that in an hour from Murehwa, the road sign announced Mutoko ahead.
The Harare-Nyamapande Road, officially known as the A2 Highway, now proved to be too narrow for most of the haulage and mine trucks, streaming minibuses and huge regional double-decker buses that now ply the route daily and, in places, the road was in need of rehabilitation.
The road was well-trodden in history by the many Zimbabwean liberation cadres who joined the struggle for independence in the mid-to-late 1970s and were encamped in neighbouring Mozambique.
Grazing in the hills near Mutoko were some of the choicest, shinny-coated black cattle I had ever seen.
They belonged to an important commercial beef rancher under the Command Livestock scheme; an uncommon sight in the area.
Rural farmers’ cattle in the areas, wards and villages of Mutoko’s communal district were a different story.
Here, the cattle are in poor nick, in meagre state, small in stature and visibly undernourished; and yet, every village proudly prize their small herds of between six to 15 indigenous cattle.
Here too, the natural water pans were dry; deforestation and gold digging had taken their toll.
Mentally, I compared the now-denuded savannah, to the lush pastures and woody, fertile forests I recalled from 1997.
The once rich, umber and black earth crowned with lush green vegetation had become a desolate, denuded sight, with great tracts of erosion, deforestation and vast gullies of churned-up earth excavated by Chinese prospectors digging for gold.
The ancient sacred site of Makaha is being devastated as Chinese gold diggers operate on double shifts 24 hours a day, extracting Zimbabwe’s precious mineral.
Their exploits are closed to local employment and any enquiry is met with threats of violence.
Culturally, Mutoko was one of the seats of Nehoreka, Shumba Nyamuziwa, the north-eastern Mhondoro of Zimbabwe, revered for the accuracy of her prophecy, her military might and spiritual strength.
Mutoko, and its legends, is now a land almost forgotten by modern historians and the general populace of Zimbabwe.
Nehoreka remained very powerful among the Budya people.
No chief in Mutoko could rule without the approval of the medium of Nehoreka.
The once great land of Nehoreka-Mapakwe, the medium oracle of the caves, of which Mutoko was famed for, has now become an insalubrious vision for man, cattle and Zimbabwe’s environment.
Dr Tony Monda holds a PhD in Art Theory and Philosophy and a DBA (Doctorate in Business Administration) and Post-Colonial Heritage Studies. He is a writer, lecturer, musician, art critic, practising artist and corporate image consultant. He is also a specialist art consultant, post-colonial scholar, Zimbabwean socio-economic analyst and researcher.
For views and comments, email: tonym.MONDA@gmail.com