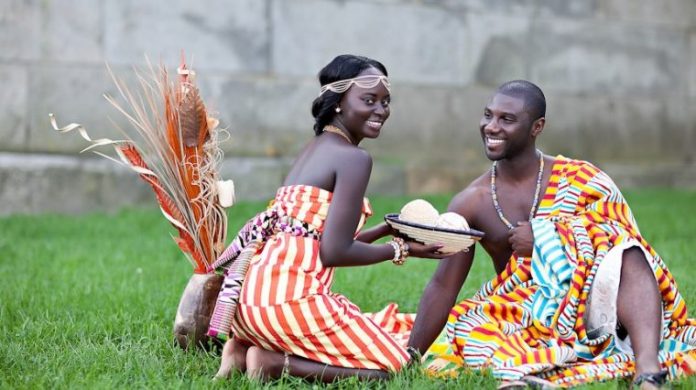 IT does not matter what Western-sponsored NGOs and their masters plot and it does not matter how many schemes they unleash on our people, targeting the family unit, particularly women and children.

The responsibility to build a wholesome society for our children and their children’s children rests with us.

Our forefathers left us a heritage, which is rich in everything necessary for us to continue the circle of life without destroying ourselves by bowing down to any foreign forces.

The West is inimical to us.

We fought and defeated them, but they continue to encircle us with their tentacles, but we can and shall defeat them as we did after a 90-year struggle against their imperialist tentacles.

Last week I wrote about the West’s machinations, their onslaughts aimed at the  destruction of womanhood in our society, their attack on our children and the sword they have put between males and females in our society.

This week’s discussion reveals the strategy that is in place for the protection of our morality,  the ways of our fathers, it underlines the ancient means by which our people have defended their soul throughout the ages.

When a family raises a young man according to the ways of our fathers, and he is respectable in every way, and has kept his sanctity, can he truly say to a young woman, who has not kept the ways of our fathers but has listened to what the West has said, that she has reached the age of consent and thus has been unfaithful with other men, and has lost her sanctity, can he truly say to her:

‘Be thou consecrated unto me’

Can he truly say:

Because he has kept the ways of his fathers, because he understands the teachings of our people, which underpin the creation of a family, such a situation is not possible.

Neither he nor the family that has raised him a father, a leader of the family and community would countenance such.

Our communities will continue to raise young men according to the ways of our fathers.

These will marry according to the ways of our people, which means they will not invite into their family circles, females who abandoned the ways of our fathers and have accepted the waywardness of the West which says, ‘you have reached the age of consent, there is nothing called sanctity to protect’.

Among our people, the male is the head of the family, he has to set the tone.

When the West is on an all-out war to coach our women to conceive of each male as an adversary, an arch enemy, a male brought up according to the ways of our people will stay so far from females of such an outlook for he will know they are the antithesis to who he is, to who our people are.

The one he needs is she who knows that there is enough room for a mother and a father to shine and when their incandescence blends, it is splendorous, that each is as indispensable as their complementarity.

He will invite into his family circle, he will consecrate unto himself, a female who will contribute sanctity to the family circle, who like his mother is ‘holy’.

And he will sit with honour among the elders of the family, in the community and in the society.

When such a father raises young men and women according to the ways of our fathers, they too shall ensconce only with males and females, who have preserved their sanctity, from families that are at peace with the ways of our people.

Our people have always insisted it is important to marry into ‘correct’ families, correct according to the ways of our fathers. They teach that it is a jungle out there, some families are known for theft, or murder, or laziness, or moral debauchery, are crooks and swindlers and they would not let their children marry into such.

The family elders know the correct families to marry into and they are able to protect their children from marrying into death traps.

Families that tailor themselves to the waywardness of the West and are content to be thus, shall continue so, and those families that continually renew and protect the values of our people will not lose anything but will ultimately triumph because the spirit force of our people, which has guided and protected us throughout the ages is behind them and will ensure that our nation does not sink into the mire of the West.

None but ourselves can break us but we will not.

There is nothing so amiss in the ways of our people that we are compelled to succumb to the West, but it is a matter of choice.

Fortunately for us though, it is not the majority of our people, who have chosen the waywardness of the West.

Just as was the case in the 90 years of British bondage, some did choose to sell out but the majority of our people remained faithful and steadfast and we triumphed in the end.

The West is peddling homosexuality, so called family planning, it has created a whole gamut of so-called ‘protection’ a gimmick to ratify and promote promiscuity.

Every Zimbabwean knows these are anathema.

Zimbabweans know Musikavanhu cannot and does not countenance interference in the creation of life, and that He abhors homosexuality and promiscuity.

They have been trying to foist homosexuality on us for eons but it has not taken root.

Each family that jealously guards the ways of our people constitutes the building blocks, which renew and perpetuate our Zimbabwe.

They are the blocks of stone to build us a Great Zimbabwe. Those who choose to live by the ways of the West are swallowed by the plague and they perish, but our people shall move on to greater heights.

The wayward perish in the wilderness, but the faithful shall inherit the Great Zimbabwe.

The solutions to what assails us do not lie with the enemy but in our heritage as African people of Zimbabwe.

This is our ultimate defence.