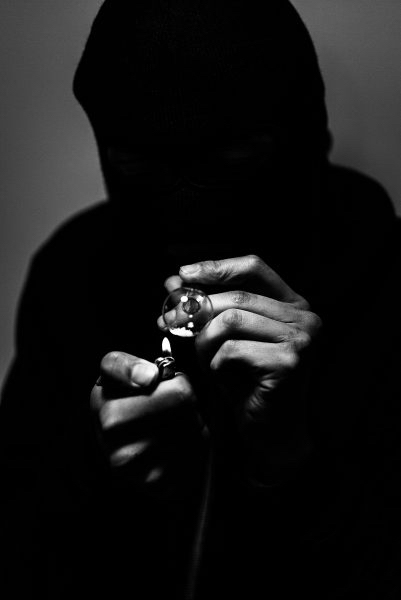 IN the famous ghetto suburb of Mbare, a motley crew of youngsters mill around a dilapidated building surrounding a glass pipe which they heat with a flame from a cigarette lighter.
It is in this sprawling suburb, of many people, of diverse backgrounds that a dangerous new drug trend and a daring new method of substance abuse is raging.
Methamphetamine a central nervous system stimulant meant to control chemicals in the brain and nerves that contribute to hyperactivity and impulse control is being used by the local boys to produce a highly addictive drug — crystal meth.
Crystal meth is the illicit crystalline form of methamphetamine in the same class as cocaine as well as other powerful and highly addictive street drugs that affect the central nervous system.
The emergency of crystal meth, a man-made stimulant, comes against a background of anti-sleeping drugs that were given to soldiers during the Second World War to keep them awake and was also a panacea to attention deficit hyperactivity disorder (ADHD) and narcolepsy.
But what makes the new drug craze disturbing is that it is a highly potent chemical and, as with all drugs, a poison that first acts as a stimulant but then begins to systematically destroy the body causing memory loss, aggression, psychotic behaviour including potential heart and brain damage.
It comes in clear crystal chunks or shiny blue-white rocks. Its common street names are ‘ice’, ‘glass’ ‘meth’, ‘crank’, ‘chalk’ or ‘bulb’.
Ghetto boys call it mutoriro.
The drug gets one high in a matter of minutes; it has an instant effect.
A 2013 clinical study by US National Institute of Health found out that, it is most commonly smoked in its crystal form (‘ice’) in a pipe or in aluminium foil, heated by a flame below. However, it can also be snorted, injected, swallowed in pill form or inserted rectally.
For a visibly dizzy Bla Tonde — not his real name — one of the drug addicts, relief comes quickly after the mixture enters his body.
“I badly need a fix in the morning, every day. It’s troublesome,’’ a battered looking Bla Tonde opened up.
For the morning jab, we watched as Bla Tonde inserted a small crystal chunk into the pipe or bulb and started heating it with a cigarette lighter while inhaling the smoke and exhaling before passing the pipe on to his colleagues.
“I have just heated a bic,’’ he said with a look of relief on his face.
Within a few minutes, the boys had a quick rush of euphoria as they swayed and staggered around the place.
The powerful rush people get from using meth causes many to get hooked right from the start.
Users get a false sense of confidence and feel highly ‘energetic’.
“I tried it once and boom! I was addicted,” said Bla Tonde.
Investigations have revealed that this potent drug, which is popular in the US and SA, is fast creeping into Zimbabwe, with reports indicating that university students are increasingly taking it.
Consequently, it is one of the hardest drug addictions to treat and many die in its grip.
“I started using crystal meth when I was a senior in high school. Before my first semester of college was up, meth became such a big problem that I had to drop out,” another addict recounted.
“I looked like I had chicken pox from hours of staring at myself in the mirror and picking at myself. I spent all my time either doing meth, or trying to get it.”
According to a National Geographic TV documentary on crystal methamphetamine, no matter what route of administration is used — injected, smoked or inhaled — an individual will experience a rapid onset of its effects.
Abusers typically self-administer the drug in ‘runs’ of several days, with intervening periods of abstinence.
While on a ‘run’, an individual may stay awake continuously for up to 10 days with little food or drink.
Prolonged sleep and mild dysphoria occur as the drug wears off.
Once these initial euphoric effects wear off, however, the experience can take a bad turn with chronic abuse leading to serious and immediate negative consequences which include increased physical activity; increased blood pressure; increased breathing rate; doing repetitive, meaningless tasks; violent behaviour; uncontrollable jaw clenching; elevated body temperature; sleeplessness; respiratory or airway abnormalities; and persistently elevated heart rate placing users at risk of heart attack, dry mouth and bad breath.
Medical reports indicate that users initially report feeling confident and powerful; with limitless energy, increased productivity, enhanced sexual performance and decreased appetite.
The Medicines Control Authority of Zimbabwe are on record urging the public to desist from taking illicit drugs and medicines after reports of people abusing drugs such as cough syrups and other sexual enhancement pills have ended up in need of psychiatric help.
Police spokesperson Assistant Commissioner Paul Nyathi said youths had to stay away from drugs and that the force would continue to make raids and arrest drug lords and abusers.
“We urge the youth to desist from misusing dangerous drugs and medications that are not registered with the Medicines Control Authority of Zimbabwe (MCAZ),” he cautioned.