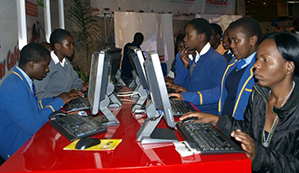 THE hyped curriculum ‘blueprint’, purportedly a synthesis of the findings of a national consultative process, contains no trace of what those consulted ever said during the recent outreach programme by the ministry of primary and secondary education.
If the outreach programme was meant as a consultative process, then what each person said would have been captured and translated into the ‘blueprint’.
The shelving of the findings from the review reveals that it was used to justify the sort of curriculum that they already had in mind.
We said right from the outset that the people of Zimbabwe fought a bloody war to liberate themselves and that the liberation agenda envisaged a blueprint for education for Zimbabwe which was developed during the armed struggle.
So the blueprint is already there, there was no need to make up another.
What is apparent in this ‘blueprint’ though is that when they found out that the people did not say what suited their pre-meditated agenda, they dumped them and steamed ahead with their own.
The ‘blueprint’ of the Ministry of Primary and Secondary Education leaves the colonial ideology, which currently runs deep in our school curriculum, entrenched even more.
There is absolutely no attempt to challenge it.
To begin with, it does not talk about the liberations struggle at all.
This epic moment is not mentioned not even once in the entire document.
According to this ‘blueprint’, nothing so special, so important and heroic ever happened in the history of Zimbabwe.
Our people never achieved anything so great, and our children do not have such a grave mission to protect and accomplish the goals of this legacy.
According to this ‘blueprint’ there never was any colonisation, the British never dispossessed us of this land of Zimbabwe which is why there is no talk about the liberation struggle because there was nothing to be liberated from.
This ‘new’ curriculum framework does not talk about the nation of Zimbabwe, does not refer to the children as Zimbabweans neither does it teach them what it means to be Zimbabwean.
It does not teach the children about their country Zimbabwe or their relationship with it, that they are its heirs, heirs to everything so special that this country is about, heirs to its great wealth.
The proposed curriculum has no agenda to turn out children who are Zimbabwean, children who claim their name and heritage, children who are ready to sacrifice for Zimbabwe unto death if necessary.
It successfully dispossesses Zimbabwe’s children of their name and heritage such that they will never be able to defend the gains of the struggle because they don’t know about it and they don’t know what its implications are.
The ‘blueprint’ does not inform the children of the ownership relations that exist in their country, that the nation’s resources seized by British in 1890 were liberated by the armed struggle and are now open to Zimbabweans to own and use them to produce wealth for the country.
Pursuant to this, the ‘blueprint’ compresses the subjects that would clarify this situation such as History which until ‘O’ Level is to be taught within a combination of subjects labelled ‘Social Studies’.
The absence of political economy is glaring and yet it is so necessary to help children to understand the relationship between ownership relations and the rules and laws that inform and determine governance.
Those subjects which carry knowledge and skills to understand nature and the ways to harness it and use it to create man’s means of livelihood are generalised and are only treated as stand-alone subjects at ‘A’ Level.
These are subjects such as Geography, Physics, Chemistry, Biology and Engineering.
At the end of day, the children can never figure out the ownership relations, why they can never eat what they need, what they want, why the Zimbabwe Dollar perpetually went down the cliff, why they can never wear gold when the country produces gold.
They are barred from perceiving what is theirs, how to gain control of it and how to protect it.
They will be completely befuddled, just ripe for the picking by those who want to take over our resources, the vultures that are circling over our land can take over without anyone blinking an eyelid.
The pedagogy of this ‘blueprint’ denies the learner the opportunity to marry theoretical and practical and production activities so that they can become polytechnical scholars who can produce and manage production.
The intention of this ‘blueprint’ is that learners should be always be at the mercy of those who own the means of production, who direct them what part to play in the process of production.
Barred from understanding the theory and practice of production, they will always manage other people’s businesses or produce for others.
In the final analysis, the ‘blueprint’ has nothing to do with Zimbabwe, its history, its ethos, its hopes and aspirations.
It is not tailored to assist in consolidating and safeguarding Zimbabwe’s political power, its sovereignty nor its economic liberation.
It still pursues the colonial agenda, it is Rhodesia’s agenda.
Dr Mahamba is a war veteran and holds a PhD from Havard University. She is currently doing consultancy work.