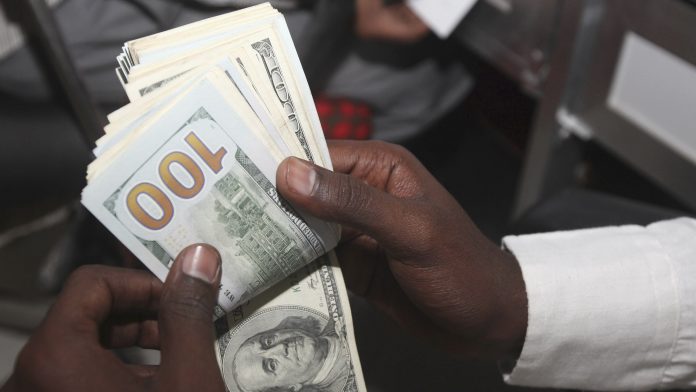 AS this column has demonstrated for some time now, 2020 is not the first time a dominant minority has clamoured for adoption of the US dollar as our money.

Zimbabwe has already had 20 years of dollarisation.

Throughout those 20 years, and even now, the most persistent argument put forth as a justification is that people want a safe means of ‘storing the value’ of their assets being eroded fast through hyperinflation.

And the US dollar is the best haven for storing the value of such assets, according to this minority.

From the point of view of the national interest, the opposite is actually true.

The US dollar has provided the most effective mechanism for externalising Zimbabwe’s wealth.

The new dispensation, starting in 2017, confirmed this reality when it waged a campaign to bring back to Zimbabwe billions of US dollars externalised and stashed in off-shore accounts!

Dollarisation made externalisation easy and cheap, leaving the country with no foreign exchange reserves.

So, on the surface, it can be argued Zimbabwe has scattered and lost its valuable assets through the adoption of 100 percent dollarisation which made it impossible to control the flow of foreign currency in and out of the country and to build foreign currency reserves.

Lack of foreign currency reserves has been our crisis for the last 21 years despite dollarisation, or because of it.

But the more serious issue is whether people who are not focused on creating value, building solid national assets in the first place, should even claim to be engaged in storing value.

How does a nation store value which it has not created?

Why would businesses and businesspersons, who are not seriously creating and building value be pre-occupied so much with ‘storing’ it, whether that means doing so through dollarisation or some other means?

Can we store value that we do not create?

Thieves always stow, stash away, the loot they steal.

Why are we obsessed with storing?

The pre-occupation with just storing value means that our economy is dominated by dealers.

Indeed, a closer look at those who openly clamour for adopting the US dollar as our money shows that they are, for the most part, not creators of wealth in the industrial sense.

The loudest cry for dollarisation comes from sellers of cash.

They are followed by petty landlords who want to charge rent in foreign currency for properties which were built and bought using local currency.

In the same league are EcoCash agents who also make money by selling scarce cash.

To these people, value is synonymous with accumulated cash.

This thinking is one consequence of an economic abnormality which many sociologists and economists call ‘financialisation of our value system, of our economy and society’.

So, what is value?

In the context of the COVID-19 pandemic and the way it has changed our views of what is really important, this is not a simple question and it cannot be answered by equating value with adoption of the US dollar as our own money.

In the first and second weeks of October 2014, Max Keiser invited John Perkins, author of Confessions of an Economic Hitman, as his guest on the RT programme ‘Keiser Report’.

In one of the episodes, Keiser remarked about one of the ultimate objectives of ‘financialism’ and ‘fanancialisation’ as getting society to ‘price everything’ and ‘value nothing’.

This remark made me appreciate that I had not taken time to think of the main difference between ‘price’ and ‘value’, between ‘pricing’ and ‘valuing’.

I turned to the Oxford Dictionary of Economics for a start.

It defined price as:

“The amount of money paid per unit for a good or service.

This is easy to observe for many goods and services: in any ordinary shop, customers will find displayed a price at which as many or few units they wish can be purchased.

For some goods and services, however, price is less easy to observe.

Special terms may be available for large orders, for repeat orders, for particular types of customer.”

Then I looked up value:

λ A synonym for price.

λ A general term of praise, used in a phrase such as ‘good value’. Value in this sense refers to something similar to price but more important and more permanent.

These definitely were not precise definitions.

Then I returned to Max Keiser’s remark, that the ultimate dream of the drivers of corporatism and financialism is to drive society to a stage where it knows only how (and is willing) to put a price on everything and forgets how to value anything.

In this way, price becomes the only available measure of worth; in this way, almost everything becomes available for sale to the highest bidder and subject to unending mark-ups, mark-downs and even complete write-offs.

This madness has become evident in Zimbabwe where the customer is treated like a dog.

The customer or client is treated as having no long-term value beyond having cash in US dollars or some other foreign currency.

Then I returned to history:

λ When they did not rely entirely on outright wars of pillage, white slave hunters gave whisky, beads and other trinkets to corrupted African leaders in order to be allowed to raid villages for slaves.

Did the whisky, beads and other trinkets represent the value of the men, women and children killed or captured? What was the effect of such pricing on human life and dignity?

λ When Charles Rudd and his colleagues cheated King Lobengula about prospecting for gold and mining in Zimbabwe, could the sugar, the guns and the boat they offered the King as a price or bribe come anywhere near the permanent value of what was later called Rhodesia and is now called Zimbabwe? What was the net effect of such pricing?

λ Judas Iscariot named his price for betraying and identifying Jesus to his enemies as 30 pieces of silver! But could this ever be equated with the value of Jesus’ life, especially to the millions of Christ’s worshippers all over the world today? What was the meaning of such a price?

λ Those waging the financial terror and warfare which caused MaDzimbahwe to curse their own national currency used the price of the Zim dollar in relation to the price of their own currencies on currency markets which they controlled. One of those price indices is called the Old Mutual Implied Rate.

But the value of the national currency went far beyond its manipulated and targeted price as determined in relation to the currencies of those waging economic war on us.

But we were told that it was criminal to reclaim our stolen land, by the same people who said our money was worthless and should scrapped.

λ There is value in the bridges, schools, hospitals, buildings and training centres built using the national currency. These still stand.

That articulation and facilitation is missing to-day, which may explain why citizens now have to pay in advance for services from entities they already own, such as ZESA power, making them the same as foreigners who have just arrived in the country. ‘Thirty days to pay’ is no longer part of business culture under the so-called dollarisation.

λ MaDzimbahwe, however, have never thought of that financial warfare of 2007-2009 in terms of the obvious difference between a market price on markets which one cannot control or influence, on one hand, and the value of one’s own currency in its own society and for its own society. Jesus was worth more than 30 pieces of silver to the followers of Jesus but his enemies got him for 30 pieces of silver only because Judas Iscariot agreed to put a price on his head and to set and accept the price! In this sense, price is heavily associated with speculation, dealing, cheating, corruption, unfairness, betrayal and gambling.

The permanence of value

The Oxford Dictionary of Economics just cited did mention vaguely that there is something permanent about value, which was to imply, without explaining, that prices are temporary, always fluctuating, deceiving, distorted and subject even to terror and hyper-manipulation; while value is permanent. Kukosha hausiri mutengo; kukoshesa hakusi kutengesa.

In African relational philosophy, value is expressed as nhaka, which is clearly different from mutengo.

To show what I mean by pricing, my readers could refer to South Africa’s Business Times for October 9 2014.

Just one excerpt is enough:

And amid signs of another perfect storm of negatives brewing in the world economy, stocks are again plummeting.

Since the beginning of last month (September 2014) the FTSE 100 has fallen more than 10 percent, with much of the drop concentrated in the past week – a level of deterioration that satisfies the official definition of correction.

Not since the peak of the Eurozone crisis in 2011-2012 have we seen such manifest panic.

Before that, it was the collapse of Lehman Brothers, six years ago.

Nor is it just equities; bond yields, too, are back at levels that indicate a danger of deflation and depression.”

Now, it is not value but price that is being ‘corrected’.

But how does one talk of price correction without first admitting that prices are usually wrong?

These are the consequences of pricing everything and valuing nothing.

How can real values shoot up-and-down like a yo-yo?

Financialism and the mad corporation disease aim to put a price on anything and everything so that it is ‘quantifiable in terms of money, profit and loss’.

In Zimbabwe, since the so-called dollarisation, we have to add ‘quantifiable in terms of foreign money’.

Everything has to be renamed and quantified in terms of foreign money: love, sex, gold, marriage, food, water, lighting, land, fresh air and sunshine.

λ There is a movement in Zimbabwe to rename and quantify as sex workers those women who sell their bodies for sex with the highest bidder.

In the UK, Holland and Switzerland, prostitution is now a quantifiable contributor to the GNP.

In 2013, NewsDay led in this effort with a story called ‘Protection of the sex worker’.

The Herald did the same on the same day with another story called ‘12 383 sex workers register’.

Now, with the COVID-19 pandemic, the GNPs, GDPs and per capita incomes of most countries have dropped drastically.  Does that necessarily mean those countries and peoples are now no longer as valuable and as precious to themselves as ever and always?

The opposite is actually true.

People are more aware of the need to value their unity, solidarity and patriotism as a result of the coronavirus which has so drastically reduced the capitalist measurements of their GNPs, GDPs and per capita incomes.

The primary question facing the people of Zimbabwe is the need to create value through production.

But we know that thieves and muggers also stow the loot they acquire.

As nation builders, we need to do better than thieves and gamblers.

We need money which can be used to manufacture competitive goods.

The US dollar belongs in foreign currency reserves to be used for importing capital goods and other necessities which cannot be produced locally.

Currently it has become a fetish.