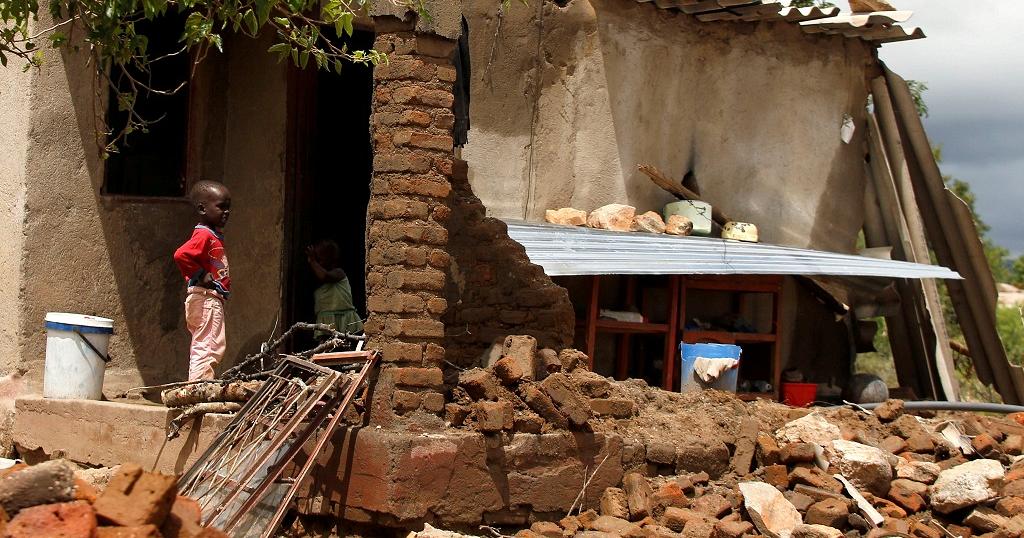 FOR the sake of the future and our children’s children, every sector of the Zimbabwe economy must accept its share in the severity of the impact of the recent Cyclone Idai on people’s lives and livelihoods.

For lack of space, I shall restrict myself to the ways in which the media and information sector failed to play its role optimally.

The donor syndrome and the devaluation of indigenous knowledge and wisdom

The media and information sector has itself fallen victim to the donor syndrome and the trashing of indigenous knowledge and wisdom which are most fundamental bases of autonomous strategies for survival in cases of disaster.

Rural communities used to do their own weather forecasts; to teach every child how to swim and how to respond to sudden storms and floods; to teach children about wild mushrooms, snakes and vegetables.  But every year, we now see press reports which begin by saying:  “Hurumende dai yati,” “Madonor dai vaitiitira ichi nechichi.”

In 2017, there was a harrowing story of a 50-year-old father from Mberengwa who sent his primary school-age daughter to gather wild mushrooms for relish.  The daughter had never received any training in identifying wild mushrooms, selecting the edible from poisonous varieties.

The hospitals were also ill-prepared to handle cases of mushroom poisoning.  Both the father and the daughter died; and by the time the family disaster ended, more than seven people had died, some in hospital, all from one serving of poisonous mushrooms!

I use the Mberengwa mushroom case to illustrate what has happened to the whole nation as far as knowledge and information for national survival is concerned. We now have three lost generations of people who are highly schooled but very dangerous because of their propensity to spread toxic ‘knowledgeable ignorance’ as expertise.

This toxic ‘knowledgeable ignorance’ is prevalent in the media.  Its most dangerous feature is the failure to connect factors that are clearly connected and its tendency to fragment our consciousness so that we think in silos, factions and parties; not people, not the nation, not the country.

The first day rain from Cyclone Idai hit Mozambique, The Herald reported that winds and flooding killed 66 persons.  That was long before the eye of the cyclone landed on shore:  But the rest of the media did not run with the significance of that statistic.

Sixty-six persons killed before the eye of the cyclone reached the shore was a clearly pertinent warning to everyone in the path of that cyclone.

In fact, the entire Zimbabwean public information sector should have immediately shifted its attention to Mozambique as a way of mobilising Zimbabweans by using graphic images from that country to alert everyone along the way; exactly what was done here with Chipinge and Chimanimani images after it was already almost too late!

The three lost generations and the sanctions story

As I showed clearly in my last ‘Homecoming’ instalment in The Patriot, the racist attitudes behind the illegal all-white sanctions against Zimbabwe go back 400 years.

They have to do with the legacy of white genocide and historic land theft over which most of the white race feels guilty, resulting in its knee-jerk response to all land movements and land revolutions. The Western defence of white Rhodesia did not start with our land reclamation in the year 2000!

Economic sanctions have been interpreted everywhere, except in Zimbabwe, as a substitute for total war upon all of the people.

The difference between Zimbabwe now and Germany in 1919 or Venezuela in 2000 or Cuba in 1960 or white SA in 1986 is that these nations agreed, as a people, that they were indeed under sanctions and that the sanctions were meant to be a substitute for war and intended to achieve the same objectives as war. Indeed sanctions have created war and war-like situations between North and South Korea, between Venezuela and Colombia, between Germany and the rest of Europe from 1919 to 1945; and between Iraq and its Gulf neighbours between 1991 and 2003; and between apartheid SA and the Frontline States up to the Battle of Cuito Cuanavale in 1987.

Indeed, former US Ambassador to Zimbabwe Christopher Dell understood what Western sanctions meant for the livelihoods of the people of Zimbabwe:

They were meant to induce such dire poverty as to compel the population to overthrow their elected Government due to the people’s failure to see their impoverishment as having anything to do with sanctions.

Without going all the way to admit that the mass shock experienced by Zimbabweans from 2000 to 2005 was a result of illegal sanctions, Dell had this to say to Africa University students and faculty on November 2 2005:

“The Zimbabwe Democracy and Economic Recovery Act of 2001 is the cornerstone of US policy toward Zimbabwe.  Under the Act, the United States conditions aid and financing for Zimbabwe … Ladies and gentlemen, no issue today is more important to the future of Zimbabwe nor has the potential to harm the  (SADC) region than the growing collapse of the Zimbabwe economy…It was more than dismaying to read a paper published in July by the Centre for Global Development in Washington on the Costs and Causes of Zimbabwe’s Crisis.  It is estimated that Zimbabwe’s economic crisis has set the country back more than half a century. The paper calculated that the purchasing power of the average Zimbabwean in 2005 had fallen back to the same level as in 1953… That’s an astonishing reversal of 52 years (at 2005) of progress in only half a dozen years.”

This is the truth which Nelson Chamisa, Arthur Mutambara and the MDC Alliance continue to deny to this day.  Dell spoke, representing the real owners and drivers of the sanctions.

The theory behind the diabolic use of economic terrorism as sanctions is well established in the neo-liberal capitalist doctrine which Naomi Klein called ‘The shock doctrine’.

The sanctions-induced economic and social crisis in Zimbabwe had the effect of taking the country and the people back to 1953 in a short period of six years, according to Dell’s speech on  November 2 2005.  Such a disastrous situation has the effect of recycling the country back to a ‘frontier’ state, a colonial state.

It is unfortunate that journalists did not ask Dell what the significance of 1953 was for the forces of illegal regime change.

In 1953, colonial Rhodesia was an open frontier society where Britain resettled its white veterans of the Hitler wars with the assistance of the US Marshall Plan, the World Bank and the Rhodesian piece of racist legislation called the Native Land Husbandry Act which helped to clear African prime farm land of natives.

characterised by a creeping, universalised corruption, whatever name the coloniser may give it. Sanctions brought back mass corruption and the school system was not spared.  We heard of teachers who needed to be ‘juiced’ in order to teach!

The year 1953 was the frontier year of the start of the white Federation of Rhodesia and Nyasaland.  In the words of The Shock Doctrine: The Rise of Disaster Capitalism by Naomi Klein:

“Corruption has been as much a fixture on these contemporary (neo-liberal) frontiers as it was during the colonial gold rushes.  Since the most significant privatisation deals are always signed amid the crisis, clear laws and effective regulators are never in place (and if they are, they must be removed) — the atmosphere is chaotic, the prices are flexible and so are the (compromising and compromised) politicians.  What we have been living … is a frontier capitalism with the frontier constantly shifting location from crisis to crisis, moving on as soon as the law catches up.”

For generations to come, Western interests in Zimbabwe will be stalked by the long shadow of the illegal Anglo-Saxon sanctions imposed on the people of this country during the era of former US President George W. Bush and former British Prime Minister Tony Blair.

The meaning of Dell’s interpretation is that white sanctions were meant to wipe out all the gains of Zimbabwe’s independence so that the livelihoods of ordinary people, by the year 2005, would have deteriorated to the colonial level of 1953!  This is the level at which the cyclone hit us, if we take Dell’s confession for what it is. If the people of Zimbabwe wished to defeat the purpose of these sanctions, they would need first to agree, like Cubans and North Koreans, that they were under sanctions and that they needed a national economic and political strategy in order to overcome the effects.

That awakening and unity would start with a national and regional quest for objective knowledge and understanding.

In case readers may think that the subject is too vague and abstract to yield any data, let me suggest just a short list of aspects which can be audited:

The cost of environmental damage resulting from the shrinkage of power generation, power imports, and the shelving of rural  electrification programmes;

rising costs and acute shortages of goods and services;

In their book called Risk Issues and Crisis Management, Michael Regester and Judy Larkin have this to say about the value of just a good reputation and the cost of bad reputation, whether based on mere propaganda and perception or based on reality:

“The top 250 companies in the UK, when surveyed by the Association of Insurance and Risk Managers in January 2000 (the same time the anti-Zimbabwe crusade escalated), claimed that damage to reputation was the biggest business risk they faced.  Over 62 percent of respondents believed that risk of reputational loss would increase in future (because of increased media concentration.)… It should be remembered that the longer the issue (damaging one’s reputation) survives, the fewer choices are available and the more it costs.”

In addition, they have sponsored NGOs, media outlets and journalists to publish books, stories and other propaganda material specifically intended to damage the reputation and economy of Zimbabwe.

On January 5 2006, The Financial Gazette published a false front-page story titled ‘African Union joins Zim Condemnation’ when in fact it was the donor-sponsored African Commission on Human and People’s Rights, and not the African Union, involved.

On January 17 2003, the world woke up to another front-page Daily News story suggesting that President Robert Mugabe had asked for, and had been granted, exile in Malaysia.

The month before, there was a big document circulating via the internet, especially throughout Europe, which alleged that genocide worse than what happened in Rwanda in 1994 was imminent in Zimbabwe and would most certainly happen by January 2003, that is the same month Zimbabwe’s President was alleged to have sought for asylum in Malaysia.

These are the reasons Zimbabwean patriots say the illegal, white racist sanctions against Zimbabwe amount to acts of war and terror upon the people.  No investor would want to invest in a country where genocide is imminent and the head of state and government is alleged to have accepted asylum in a far away country.  These lies were premeditated.

Lies cost money and that is confirmed by business corporations themselves.  The attacks on Zimbabwe in the last 20 years are comparable to the destabilisation of the frontline states during the apartheid era, to the extent that it is the white racist interest which was at stake.

Therefore, the economic damage can be quantified the same way apartheid’s damage to more than six African frontline economies was quantified in the 1980s.

The media, therefore, must tell Zimbabweans that economic sanctions have the effect of reducing the population of any country to sitting ducks in the path of any potential disaster; be it cholera, typhoid, drought or a cyclone.  That is why casualties from Cyclone Idai are so unprecedented.