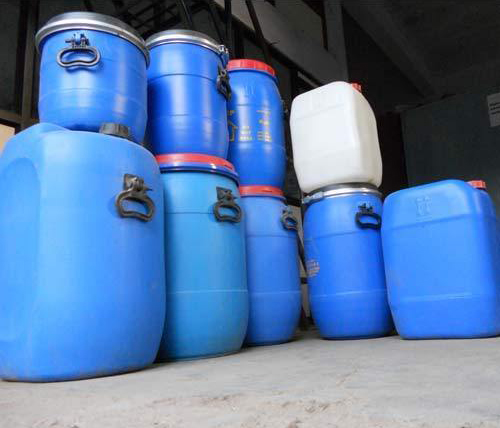 THE use of empty pesticide containers has been a bone of contention in Zimbabwe.

In many developing countries, empty pesticide containers are regarded a serious hazard whose disposal costs millions of dollars.

Currently, in Zimbabwe, selling of empty pesticide containers at informal markets is a thriving business to vendors but a health risk to unsuspecting clients.

At Mbare Market, known as Kumagaba, a 210-litre container fetches more than $100.

Sadly, not much has been done in terms of awareness and enforcement as many individuals are still using empty pesticide containers for non-approved purposes such as drawing water from wells, cooking, storing water and other food items, oblivious of the danger posed by residual pesticides, even after rinsing the containers.

These small amounts of remaining pesticides, which are then released slowly during the course of using the container, can result in acute poisoning or chronic health impairment leading to cancer, sterility and other allergies to users.

In some instances, containers previously  containing  insecticides,  fungicides  and  herbicides  have  been  used  for fetching water from communal wells, thereby contaminating water supplies for an entire village.

The topic which was discussed at length during the Highly Hazardous Pesticides (HHPs) consultation workshop held in Harare recently saw the Food and Agriculture Organisation (FAO) urging stakeholders to conscientise the populace on the trans-generational dangers of using pesticide containers.

HHPs are simply defined as pesticides that present particularly high levels of acute or chronic hazards to human health or the environment under conditions of use.

There are more than 1 000 pesticides used around the world to ensure food is not damaged or destroyed by pests.

Each pesticide has different properties and toxicological effects.

Many of the older, cheaper (off-patent) pesticides, such as dichlorodiphenyltrichloroethane (DDT) and Lindane, can remain for years in the soil and water.

These chemicals have been banned by countries that signed the 2001 Stockholm Convention – an international treaty that aims to eliminate or restrict the production and use of persistent organic pollutants.

Zimbabwe is party to the Basel, Rotterdam and Stockholm Convention as well as the Montreal Protocol and must conform to the guidelines of these conventions.

Environmental Management Agency EMA director Steady Kangata said there is need to enforce the given laws on empty pesticide container use.

“The use of empty pesticide containers is a pertinent issue since we are members of the Basel, Minamata and Rotterdam conventions,” said Kangata.

“There is a collective effort to address such issues. Statutory Instrument SI 12 on pesticides and other toxic substances tries to look into these but there is need to strengthen these laws because the reuse of these containers is very prevalent.”

The international code of conduct on the distribution and use of pesticides was passed and adopted by FAO member-nations (including Zimbabwe) in November 2002.

The code provides a comprehensive framework for management of pesticides throughout their life cycle.

One of its integral components addresses the issue of disposal of used pesticide containers in a sound manner that protects the user and the environment.

Recommendations from FAO guidelines dictate that disposal of empty pesticide containers by burying or burning at the place of use (farm) be discouraged or prohibited at all times.

In addition, a container management scheme should be in place to ensure that empty pesticide containers are decontaminated by triple rinsing soon after using all container contents before any form of disposal to reduce the hazard posed by empty containers.

The cycle also recommends that empty pesticide containers are returned to the manufacturer or recycling agent and prohibits any form of reusing the container for any other purpose.

Traditionally, farmers were  encouraged to dispose empty pesticide containers by burying or burning but  this  practice is no longer widely accepted  as  it poses health hazards to the environment.

Some farmers used to discard empty containers in secluded areas on their vast farms, a practice which grossly polluted the environment.

In the modern era, environmentalists and ecologists are becoming more conscious of the consequences of smoke generated during the combustion of empty containers, especially in uncontrolled burning instances.

Agricultural Officer with FAO Ivy Saunyama says a piloting model on empty pesticide containers in Mozambique is a model that Zimbabwe can take a leaf from.

“Mozambique has piloted an empty containers model giving incentives to farmers and raising awareness on how their children’s children will suffer the cost because the effects of pesticides are transgenerational,” said Saunyama.

“Zimbabwean stakeholders must come together and present notes to such organisations as FAO on such projects in order to get assistance on empty pesticide containers and this can begin with a pilot.

“Half a teaspoon of aldicarb if mistakenly given to a person weighing 80kg, can cause immediate death. Licking a plastic container carrying aldicarb or one granule of the same in an infant weighing 10kg can cause death.

She said the predicament the country has is its inability to provide expertise in assisting the only recycling company with the know-how for recycling the empty pesticide containers.

It covers every aspect of management from production to disposal, with the 38th version incorporating public health pesticides and vector control to broaden the scope of the code of conduct beyond agricultural pesticides.

The new code comes at a time when greater attention is being focused on increasing food production while conserving and enhancing the natural resources on which that production depends.

Healthy ecosystems produce more, prevent or maintain pests and diseases at acceptable levels and are more resilient to shocks. This means that the new code allows for support on sustainable agricultural production, using Integrated Pest Management (IPM) which has successfully reduced pesticide use and improved yields, food quality and incomes for millions of farmers.