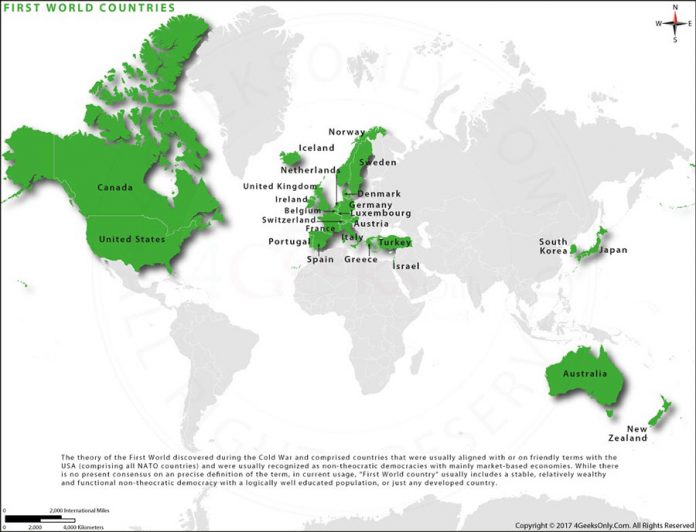 In the series I treated as positive the fact that, through the global earth movement against environmental catastrophe caused by centuries of linear capitalism, the rest of the world – including hardcore neo-liberal capitalists – was slowly beginning to appreciate African approaches to production, consumption and environment based on the relational philosophy of the dariro.

This was so because dariro, from the very beginning of human society in Africa, treated the universe as a living organism.

Dariro was meant to link creation, pro-creation, production, consumption and renewal in the sense that the creator is called ‘muumbi’ and the verbs ‘kusika’, ‘kuumba’ and ‘kugadzira’ linked and united the activities of the creator with those of human reproduction, creativity, work and manufacturing.

All these were conceived as circular or cyclical, just like the spherical planets and their movements along spherical orbits.

So my articles greeted the Western capitalist’s slow and grudging acceptance of this view of the universe and the economy not only as a compliment for African philosopher-ancestors but also as good news for the global movement for sustainable development, sometimes called the ‘Earth Movement’.

But the way events continue to unfold raises serious doubts over this optimism.

Western capitalist acceptance of the African model of economic activity does not necessarily mean acceptance of the human cultural, spiritual and aesthetic values on which African relational philosophy is founded.

There is no conscious recognition of the elemental African origins of the philosophy and there is no push to change the basic linear patterns of Eurocentric perception, orientation, appropriation and symbolising capacity, which change alone would assure the rest of humanity that adoption of the model would result in sustainable creativity and development.

On the surface, this apparently new paradigm would imply a re-look at Africa.

When the former Soviet Union ended in 1989, the Western capitalist view of Africa as ‘left behind’ was extended to socialism and the socialist world, as a system which God and post-modern, neo-liberal times had also left behind.

That is what makes the current Euro-American crisis of neo-liberal capitalism profound.

Why should the South and the East struggle to catch up with a white Goliath who has hit the dead-end of linear capitalism and debt-driven, environmentally bankrupt consumption?

David Korten raised this issue in his book The Post Corporate World: Life After Capitalism.

As the reader can see, the problem does not lie in emulating others or comparing our situation to other people’s situations as such.

The problem lies in confirming and adopting the Eurocentric and linear view of time, which means abandoning our relational view of time.

After all, the concept of time is a human construction.

It is not a given object or material like a rock containing gold or diamond or like nitrogen or calcium.

Human beings and society shape time and give it material significance.

The control of one’s own time and space is the local demonstration of true autonomy.

If we control our own space we can also define our own time in that space.

But if we lose our space, whoever comes to control our space will begin to define and control our time as well.

That is why African philosophy defines autonomy as ‘the capacity to come and go in one’s own space, in one’s own time and at one’s own pace’.

When African scholars explain Eurocentrism in history, they examine not just language and philosophy, but also definitions of historical time and cartography (map-making) and geography.

Slavery, colonialism and apartheid – all centred on the capture, control and transformation of African space and time for white racist benefit.

But first let us look at what I mean by saying time is not an object or given material.

It is a human construction.

Any reasonable dictionary will give the following definitions of time which demonstrate human construction:

“Continuous passage of existence, recorded by division into hours, minutes and seconds.

In the past, measurement of time was based on the Earth’s rotation on its axis, but this was found to be irregular.  Therefore the second, the standard SI unit of time, was redefined in 1956 in terms of the Earth’s annual orbit of the Sun, and in 1967 in terms of a radiation pattern of the element caesium.”

Even more revealing is the definition of time-warp which says, “…a distortion of space-time as a result of which a person or thing remains stationary in time or travels backwards or forwards in time.”

If a person flies to the East, he/she may ‘lose’ a whole day.

However, the Greenwich Meridian, where the British Royal Greenwich Observatory is, remains that from which all longitudes are measured, and the world’s standard time zones are calculated from it.

The co-ordination of linear time from the Greenwich Meridian led naturally to the construction of one long queue of humanity waiting to be ‘developed’ according to the inventors of Greenwich Mean Time and the convenors of the Berlin Conference.

“Traditional society which yearns to be modernised; transitional society in which preconditions for capitalist take-off have been created through the intrusion of a foreign power which plays catalyst and driver of the modernisation process; the externally induced take-off itself; the sweep into developed maturity generally taking up the life of about two further generations; finally the diversion of the fully mature economy to the provision of durable consumers’ goods and services, which is celebrated as the stage of high mass-consumption.”

In other words ‘development’ is supposed to imitate Charles Darwin’s myth of natural evolution.

In our region, Clem Sunter published The World and South Africa in the 1990s.

Sunter departed from the categories of First World, Second World and Third World.

However, Sunter also introduced a sub-division within the ‘poor young Billions’ of the Non-Triad nations.

Africa, he characterised as ‘The Swamp’ or ‘the Pit’.

Significantly, Sunter described the Triad as distinguished by the fact that it, “…earns two-thirds of the world’s income, and has 15 percent of the world’s population.”

So, this Triad was not defined by human values but by money, income.

This distinction is important because in the current crisis Western Europe and North America now admit that the demand side of their economies has been pegged way too high for a very long time and must be brought down.

This means the claim to ‘First World’ status was artificially sustained through other people’s resources which can no longer be obtained at the same levels because of the rise of what the West regrets as the ‘rise of economic nationalism’ in all the Non-Triad nations and in the ‘swamp’ nations of Africa as well.

In Confessions of An Economic Hitman, John Perkins was among the most blunt of the white men who long ago warned about what we saw in the spread of the ‘Occupy Wall Street’ movement and the uprising in Greece.

The West, especially the US, has been able to flaunt an artificially high rate of mass consumption and appearance of massive wealth by employing large armies of economic saboteurs and a currency deriving its power from the Second World War economics in order to create and sustain a global network to siphon wealth from the rest of the world using global “…corporations, banks and (client) governments (the corporatocracy) (who) use their financial and political muscle to ensure that our schools, businesses and media support both the fallacious concept (of First World status) and its corollary.  They have brought us to a point where our global culture is a monstrous machine that requires exponentially increasing amounts of fuel and maintenance, so much so that in the end it will have consumed everything in sight and will be left to devour itself.”

Perkins’ book was published in 2005, warning that capitalism was about to destroy itself.

Current US President Donald Trump is seen by some of his Western colleagues as forcing this self-destruction to come sooner.

In other words, according to Perkins, the idea of First World ‘development’ and affluence relied on some cheating and manipulation.

The armies of economic saboteurs placed throughout multinational corporations and the Bretton Woods Institutions after the Second World War till now was, “…to encourage world leaders to become part of a vast network that promotes US commercial interests.

In the end, those leaders become ensnared in a web of debt that ensures their loyalty.

We can draw on them whenever we desire – to satisfy our political, economic or military needs.

In turn, they bolster their political positions by bringing industrial parks, power plants and airports to their people (even when these white elephants are not needed at all).

The owners of US engineering/construction companies become fabulously wealthy (by obtaining contracts).”

Based on this chicanery, the entire world has been subjected to this linear language which portrays historical time as linear and hierarchical:

“Least developed countries as defined by the UN General Assembly in 2003 comprises 50 countries of  which 34 are in Africa, 10 in Asia, 1 in Latin America and the Caribbean, and 5 in Oceania.”

Then, ‘less developed countries’ is another category which is defined as, “…the countries that comprise all regions of Africa, Asia (except for Japan), Latin America and the Caribbean, plus Melanesia, Micronesia, and Polynesia.”

From the preceding, it is clear who is included in the so-called ‘developed world’, with the Brockhampton Dictionary of Ideas saying these are, “…the countries that have a money economy and a highly developed industrial sector.

They generally have a high degree of urbanisation, a complex communications network, high gross domestic product of over US$ 2 000 per person, low birth and death rates, high energy consumption, and a large proportion of the population employed in manufacturing or service industries.

The developed world includes the US, Canada, Europe, Japan, Australia, and New Zealand.”