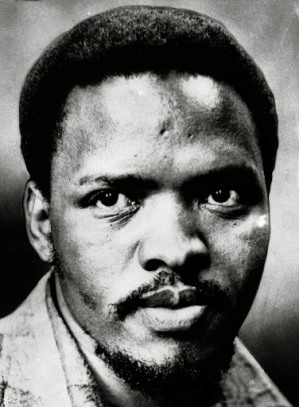 This week Andrew Wutaunashe in his book Dear Africa – The Call of The African Dream that The Patriot is serialising says the most critical battle black people everywhere have to fight and win in order to survive blackness and to ensure the survival of the essence of blackness, is the battle of the mind—your way of thinking.

“No one can make you feel inferior without your permission.” – Eleanor Roosevelt.

ONE of the seasons of my life which I will always remember with nostalgia is growing up as a boy in the African village.
I wish every person and especially every black child would have the opportunity at some stage of their lives to live in the African village.
The round grass-thatched huts, cool in summer and warm in winter.
The sweet aroma of fresh cow dung when the women have treated the floor.
The warm fireplace round which we would sit cross legged at night with the smoke stinging our eyes as mother, father, grandmother, grandfather, told us folk stories, rich with life lessons.
The full starry or moon-lit sky at night as a child went out in hurried trepidation to fetch wood for the fire.
The meal which we shared gathered in a circle breaking pieces of mealie porridge and dipping in the same gravy bowl, waiting for the eldest child to exercise his birthright and pick the first piece of meat.
The prayers mother prayed with us before bed time.
The grass mat we would lie on under a shared blanket as we slept or listened in the darkness with awe for the gallop of the witch’s hyena.
The chilly early mornings as we went out at dawn to harness the cows for ploughing.
The fresh smell of the soil as we turned it with the plough or tilled it with our hands.
The harvest.
The once or twice weekly bath in the river.
The fist fights in the bush as we took care of the goats, sheep and cattle. Occasional meetings of the community.
The special four-mile walk to church and back on Sundays.
But for some reason, my most intriguing memory of the African village is the ‘village dog’.
The dog was the icon of the African village.
He would usually be quite lean as the people were wont to give him good meals, and he would survive on porridge and water and the occasional scraps.
This was not because of the villagers’ sadism towards animals.
The dog was kept lean for the sake of the hunt.
The dog though had a habit that fascinated me even as a child.
He would be lying on the ground fast asleep in the afternoon sun.
Then, with no prompting he would suddenly get up and walk alone straight in a certain direction, and disappear, sometimes for hours at a time.
If you looked carefully at him when he came back, you would see tell—tale traces of blood on his mouth that betrayed the fact that his unsanctioned and unannounced journey had been to a unilateral hunt where he would feed himself with the catch.
This interesting behaviour spawned in the minds of the village wise men the African saying; “Fungira mumoyo rwendo rwembwa,” translated literally, “thinking in the heart the journey of a dog”.
This simply means the dog will go on certain journeys which you cannot control because, they are born in his own thoughts and desires.
Eleanor Roosevelt was the wife of a distinguished American President.
She inspired many black people in the oppressed and prejudiced societies of the
United States of America when she came up with a profound statement, “No one
can make you feel inferior without your permission.”
She was communicating a powerful truth akin to the wisdom of the village dog; “Your desires, actions, dreams and achievements are determined only by how you choose to think—by your mind.”
You don’t have to feel inferior to anybody just because they think you should be. In the castle of your free mind you can choose to take the attitude of ancient Job, “What you know, I know, I am not inferior to you.”
The most critical battle black people everywhere have to fight and win in order to survive blackness and to ensure the survival of the essence of blackness, is the battle of the mind—your way of thinking.
Bantu Steven Biko one of the greatest champions in the war for African-ness, which he aptly termed, Black Consciousness, put it this way: “The most powerful weapon in the hand of the oppressor is the mind of the oppressed.”
In this short statement he summed up the core strategy of those who for ages have fought to annihilate black people and the essence of their African-ness.
From the beginning the strategy of the white predator class was to shape the mind and thinking of the subjugated black people into such a mode that they would always think in lowly and inferior ways about themselves.
This was done first through traumatising acts of savagery such as enslavement and the humiliation of the constant slave master’s whip on the bare back.
Bob Marley captured it well when he sang:
“Every time I hear the crack of a whip
My blood runs cold
I remember on the slave ship
How they brutalised our souls
Now they say that we are free
Only to be trapped in poverty…”
Segregation which ensured that the black person could not eat, drink or even go to the toilet in the same good facilities as white people, nor live in the same areas throughout the seasons of slavery and colonialism, supplied a daily illustration of inferiority.
(To be continued)