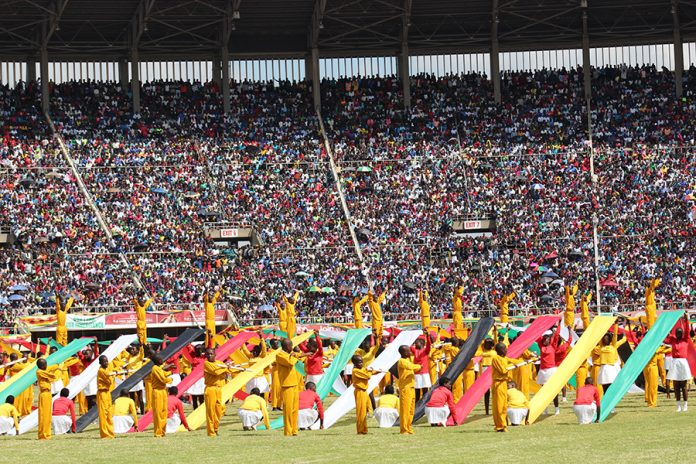 WHEN President Emmerson Dambudzo Mnangagwa announced, during the ZANU PF 18th Annual National People’s Conference in December 2019, that the 40th Independence Celebrations would be held, for first the time, outside Harare, this was not only a marked departure from the past, but an enduring marker of new things and a new life for Zimbabwe under the new dispensation.

There are many beautiful things that have become synonymous with the country’s new leadership even where the phrase ‘new dispensation’ has been contentious to the ever sceptical.

Spirited, and sometimes bizarre, attempts have been made to link the old leadership with the current one.

That is not surprising given that Zimbabwe has become a nation of two distinctly opposed sections.

In November 2017, the world found it hard to believe that seismic leadership changes had taken place in Zimbabwe.

There, too, were many things that informed that rather infectious view.

Stagnation had become the hallmark of our politics; a stubborn refusal to move with the times.

There we were, afflicted by a toxic environment whichever way one looked.

Zimbabwe was threatening to become a story of wasted potential, opportunity and broken dreams.

Tensions were understandably high, what with an erratic grouping of so-called young turks threatening to grab power and erase the country’s glowing history.

But through ‘Operation Restore Legacy,’ in came a sobering reminder that people cannot be separated from their history by an inane power hungry lot.

The world now sees the new dispensation with a different view.

Since assuming the reins in November 2017, ED has been steadily drifting away from ‘tradition’ and moving towards a new way that has, however, and, not surprisingly, ruffled the feathers of his opponents.

Speaking to the media soon after ZANU PF’s first Politburo meeting of the year, the Party’s acting Secretary for Information and Publicity, Patrick Chinamasa, said the move to take this year’s Independence Celebrations outside of Harare was confirmation that the new dispensation’s devolution thrust was well on course.

ED’s Government has been pursuing a vigorous devolution agenda as it seeks to decentralise economic activity across the country.

“We have taken a decision that, in future, independence celebrations will rotate from province to province.

“In the past, the celebrations were held in Harare only. Starting from this pattern of rotation, we are going to hold our 18th independence celebrations in Bulawayo, in line with the new dispensation’s thrust on devolution.”

As the country begins new life on April 18 2020, the most significant issue that cannot be wished away is the story of the liberation struggle.

Many questions, too, arise as we march towards the new era:

It is from the last question that we will draw extensively from an article written by the late Alexander Kanengoni and published by this newspaper on April 10 2014 titled ‘Revisiting the Second Chimurenga.’

“THERE are many things about the war that got lost in the dust and din of the celebrations of independence in 1980; such as the significance of spirit mediums, the spiritual dimension in general of our war for freedom.

Last week, The Patriot visited Mt Darwin to find out the circumstances surrounding the story of Gerald Hawksworth, how he was abducted by the guerillas on January 11 1973 – one of the incidents that marked the launching of the north-east offensive – and we walked straight into a frightening spiritual dimension about the war that has almost disappeared from our accounts and narratives about it.

As we sat listening to Obert Gwerevende, whose home was where they abducted Gerald Hawkesworth and killed two of his colleagues, it looked as if the war had started all over again.

As if we had travelled back in time to that day the guerillas abducted Hawkesworth and killed two of his friends.

VaGwerevende had surprised us at the beginning of the meeting by introducing us to Comrade Chinodakufa, the guerilla fighter whose unit abducted Hawkesworth that Sunday afternoon in January 1973.

‘We had been advised by a spirit medium called Reza in Mozambique to come to his home because there was a bigger spirit medium there,’ said Comrade Chinodakufa.

For nearly a year, in 1971, the freedom fighters had camped at vaGwerevende’s home, stashing arms, doing political mobilisation, preparing for the time when the war eventually started because the permission to launch it had been sought and granted at Njelele or Mabweadziva several months before.

There is an old black and white photograph from the early 1960s of a youngish-looking Robert Mugabe, Joshua Nkomo and other early nationalists, crouching and clapping their hands in front of a spirit medium somewhere in the rural areas.

It is this dimension about our struggle that we stiffled and killed when we became independent.

And when you elevate this dimension for everyone to see, you begin to notice the frightening similarities between the First and Second Chimurenga.

Mbuya Nehanda was not a chief or a military commander; she was a spirit medium.

And yet her name overshadows all others when the story of the First Chimurenga is told because she was the driving force behind it.

It is documented that the day she surrendered to Cecil Rhodes’ British South Africa Company police, the wires to London were hot with the jubilant messages to relatives in England that the Mashona war had ended.”