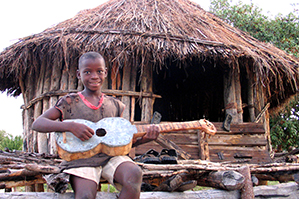 UNTIL Western colonisation, Christianity and their well-organised cultural confusion of the indigene have dislocated our aural heritage; music has been a part of our African memory and heritage from time immemorial.
The teaching and learning of the performing arts of Zimbabwe, namely music, theatre and dance are an exciting new addition to Zimbabwe’s cultural heritage and academic scholarship.
Formerly a preserve of exclusive private multi-racial and white schools in Rhodesia, the creation of an awareness of our tangible and intangible heritage and its integration through the formal school system is a commendable effort from the various Ministries involved in the education of our young citizenry in post-colonial Zimbabwe.
The self-actualisation and cultural pride that come with performing art subjects builds confidence and mutual understanding among the various indigenous cultures and tribal sub-groups within the provinces of Zimbabwe.
The revival of indigenous performing arts opens doors to further studies in the disciplines of sociology, religion, divinity studies, commerce and industry, politics and stimulates cultural debates and development while simultaneously building a robust creative industry for the nation.
In an earlier observation, I noted that most Eurocentric written histories of music will lay claim to the origination of music in the Eastern-Western hemisphere of the world, attributing music to the Greeks, Romans, Assyrians, Jews and early European Christianity, as if African cultures, languages and music did not exist.
What is even more disconcerting today is that most histories of the newly discovered African music in the colonial Africa of the 1930s and 1940s are the academic property of foreign Euro-American universities, further marginalising and colonising our musical heritage as has occurred in the visual arts discourse and other humanities subjects pertaining to Zimbabwe, in particular, and Africa in general.
De-colonising the ear and reconstructing indigenous musical memory should be a primary mandate for patriotic Zimbabwean academics.
A recent example espoused in The Patriot (issue 286 of January 13-19 2017) being Dr Tafataona Mahoso’s longstanding endeavour to revive and re-establish our indigenous cultural heritage, in this case, the aural memory and African expression.
In his recent instalment titled, ‘Redeeming both the soil and the field; Heritage aspects of the land revolution in Zimbabwe’, Dr Mahoso rightly invites other scholars to delve deeper into the question of sources and resources for African expression, instead of being stuck with just the productions for specific digital platforms.
It is within this mindset that I put forward that the new music curriculum for Zimbabwean schools falls short of delivering the necessary indigenous Zimbabwean philosophical and socio-psychological ethos that I tried to inspire during the formulation of the performing arts curriculum; to buoy the multi-faceted and holistic nature of the creation and production of art in the traditional music culture of Zimbabwe.
The entire geographical and environmental spaces merge seamlessly with the conceptualisation and production of sound in Zimbabwean and other African societies and as a result, traditional societies created music that was invariably linked to their spaces of origin.
Developing Zimbabwean music will require more than just a superficial Africanisation of Western music theory, Euro-centric musicology or dancing to the tune of the piper who in this case are Western donors or Western universities seeking to control and own African intellectual space.
According to Dr Michelina Andreucci: “Music was heard and imbibed from early childhood alongside one’s mother’s milk, as mothers sang lullabies to their children.
Public socio-cultural activities held in Zimbabwe allowed village communities to practise and hone their performance skills; in fact, the courtyard in the centre of the homestead was the arena for customary gatherings which orchestrated and synchronised village life with one’s ancestors and the universe.”
Indigenous African music was an indispensable, motivational element for boosting morale of freedom fighters in camps and the morale of the people at home during the Chimurenga wars of liberation; song and dances were used to educate, inform and entertain.
Music helped to connect people together in a variety of ways, strengthening the fabric of the communities, which in turn reinforced people’s commitment to support each other and the community toward mutual well-being and prosperity.
Today, the village courtyard, alluded to by Dr Andreucci has been replaced by schools as centres where children can learn about our cultural practices, in this case music.
However, is the new curriculum up to the task?
Does the new curriculum fall short of indigenous patriotic expectations?
Indigenous Zimbabwean music has to be understood in its specific national, socio-cultural, socio-religious, philosophical and linguistic context.
For instance, the various strains and types of polyphonic musical construction inherent in the playing of the mbira indigenous instrument, is said to ‘exhibit perhaps among the most complex musical texts which have the highest achievements of polyphony – complex and sophisticated, yet highly musically rational’.
The new curriculum needs to be regulated and understood in such a way that it equips the children of Zimbabwe with comprehensive music literacy skills and aural appreciation of their mother culture.
Our authorities in the education sectors need to be serious and proficient about constructing a wholly indigenous music, visual art, dance and theatre curriculum that does not anchor its philosophies, values, ethos and standards of excellence in a Western paradigm.
It is through the formulation of the new curriculum that future Zimbabwean children and youths will find their feet, voice and ear in a de-colonised and authentic curriculum.
Zimbabwean music has always been illuminating and assuaging.
Dr Tony Monda holds a PhD in Art Theory and Philosophy and a DBA (Doctorate in Business Administration) and Post-Colonial Heritage Studies. He is a writer, lecturer, musician, art critic, practising artist and corporate image consultant. He is also a specialist art consultant, post-colonial scholar, Zimbabwean socio-economic analyst and researcher.
For views and comments, email: tonym.MONDA@gmail.com