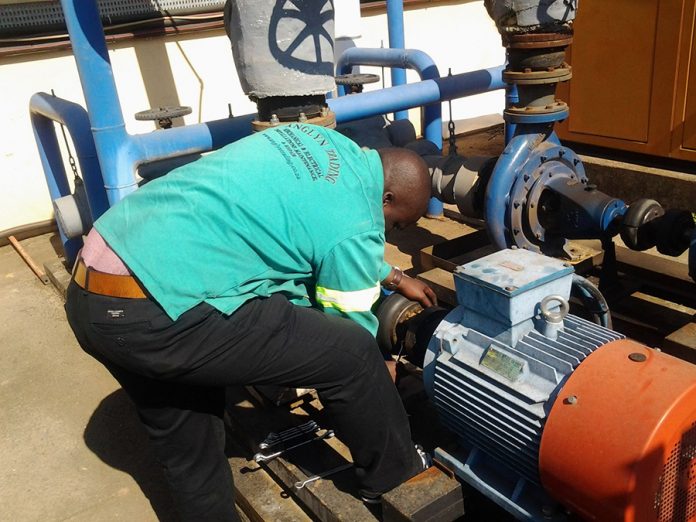 IN the last episode of our discussion on heritage-based teaching and learning, we challenged our Zimbabwean institutions of higher learning, the universities, to take leadership in the development of an education system that seeks to significantly improve the socio-economic circumstances of the African people.

Under the new dispensation, Zimbabwe’s new education system has been dubbed Education 5.0.

In my view, the biggest challenge facing Zimbabwean and African universities in general, is shedding their Western culture and philosophy to become truly Afro-centric in terms of academic programming and course content.

All African universities have been conceived and fashioned as extensions of mother institutions in the Western colonising countries, Britain for Anglophone, France for Francophone and Portugal for the Lusophone countries.

Africans were admitted to mostly humanities programmes with the sciences and engineering programmes being largely the preserve of whites who constituted the majority of the student population.

Few black students registered for science courses at university because few if any schools taught science subjects to black pupils. Most of those who did get into science degree programs did not make it past the first year as the failure rate was horrendous.

My late brother who was ‘discontinued’ from the University of Rhodesia for alleged ‘poor performance’ at the end of his first year in the mid-70s recalls a white Chemistry lecturer who used to say, in reference to African students in his class: “Some of you think you can come from the bush to do chemistry here! Next year you will be history.”

He and other ‘alleged academic failures’ went to Britain and other English speaking universities where they achieved brilliant passes.

Discrimination and naked racism reigned at University of Rhodesia then!

And indeed graduating classes at the University of Rhodesia had very few science students.

This racist attitude was meant to re-inforce the false notion that science was too difficult for black students to comprehend and lecturers made sure those that came in, failed.

Science education was not promoted in African schools, a situation that has persisted all the way into the independence era.

After independence in 1980, more than 14 other state and private universities have been established in Zimbabwe all modelled on the University of Zimbabwe whose template is the British University of London.

All the academic programmes, textbooks and courses were copied, duplicated or adapted from London and America.

As the colonial government went about establishing administrative and technical support departments, and white businesses flourished, a native education system was established to produce literate workers to service the colonial structures.

While initially missionaries established schools where Africans were taught to read the Bible, the colonial administration soon joined in to build a limited number of schools for blacks to learn the three Rs, reading, writing and arithmetic.

This type of education produced workers who could communicate with their masters in English and could read instructions and write simple reports.

It is important here to point out that the native education system was structured such that the Africans would never gain sufficient skills to compete with the European colonisers for job opportunities or establishing industrial enterprises.

Even when universities were established, their curricula was largely academic, with great credit being given to mastery of colonial language skills and ability to read and write.

Colonial education deliberately emphasised humanities and arts at the expense of the natural and applied sciences that were perceived to be of economic importance. That explains why educated Africans in Zimbabwe and indeed other African countries possess limited skills and competencies in technical areas like the sciences and engineering.

Africans are struggling to develop their economies because of colonial education systems that deliberately restricted black students’ access to science, technology, engineering and mathematics education (STEM).

Without a STEM-rich education and training background, graduates of the colonial education system have limited capacity for innovation and industrialisation.

The dire situation needs to be rectified!  Instead of setting up and developing new systems for generating goods and services, the old order education graduates look for jobs in already established enterprises.

For Zimbabweans holding five Ordinary ‘O’ Level School Certificate passes including English language, such opportunities abound in the English-speaking world, hence the massive brain drain to mostly South Africa, Australia, New Zealand, Britain and America among others. Except for the remittances from these Diasporans, Zimbabwe is all the poor for this brain drain

The above situation explains why Zimbabwe has not been able to derive industrialisation benefits from its high literacy rates of well above 92 percent.

The second pillar, Research, while requiring learners to be involved in enquiry on real life phenomena, still made it an academic exercise where literature reviews took centre stage.

Honours, masters and doctorate degrees were awarded on the basis of the written thesis while paper publications in refereed journals were used as criteria for academic promotion.

Outreach was largely a cosmetic exercise where the academics were required to avail their knowledge and expertise to the public at large.

The Education 3.0 system did not place an obligation on the educated and educators to innovate and find ways to generate goods and services for the economy.

They have been educated to become workers in various industries as was the case throughout the colonial period.

With political independence and population growth over the past 40 years, job opportunities are no longer readily available.

The erstwhile colonisers, who were the main employers, have largely closed shop or scaled down, while new investments are slow in expanding the economy.

This scenario has left Zimbabwean faced with the responsibility to carry their own economic development ‘cross’!

The country’s population has grown.

There are thousands of ‘educated’ young people who cannot find jobs partly because they lack the requisite skills mix that include innovation and industrialisation to drive the economy.

Clearly they have been ‘mis-educated’!

So the ‘devil’ is in the education system inherited from colonial times! We must exorcise that devil!

Hence the New Dispensation coming up with Education 5.0 whose main elements are Teaching, Research, Outreach, Innovation and Industrialisation.

If the education system produces cadres who have innovation and industrialisation skills, then Zimbabwe can expand its industrial base and generate goods and services that can be exported to earn foreign exchange which can be re-invested to grow the economy and provide more citizens with jobs.!

All formal jobs advertised in the Zimbabwean mainstream economy require that candidates MUST have passed the English language examination at the Ordinary School Certificate level.

Even those with ‘A’ grades in any number of subjects will not be admitted for higher and tertiary education and training without English pass at grade ‘C’ or better!

The colonial English language continues to have a stranglehold on Zimbabwe even 40 years after the country freed itself from British rule in 1980!

But let us go back to the role of the universities in spearheading African economic development.

In the article quoted in our previous instalment, author Fredua-Kwarteng, (https://www.universityworldnews.com/post), is questioning the capacity of African institutions of higher learning to carry Africa’s development cross.

Will Vision 2030 be a bridge too near or too far for Zimbabwe?

The race for Zimbabwe’s universities is on!