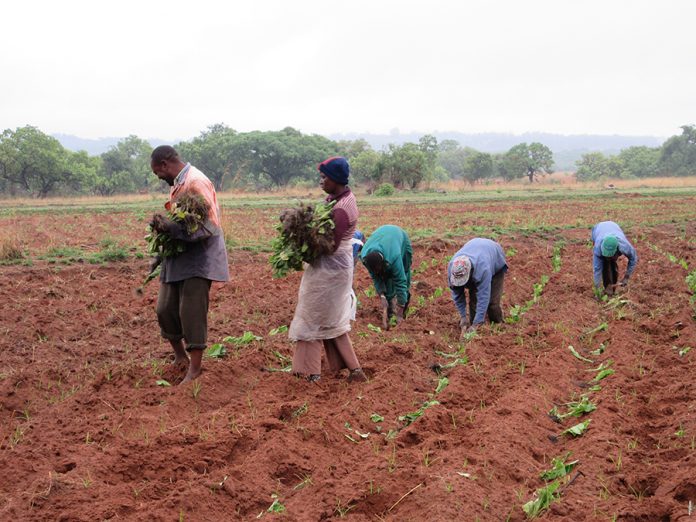 IT has come to mind that many post-1980 youths do not appreciate the value, sovereignty and human cost of our bountiful land.
What is unfortunate is that many of today’s youths in influential socio-economic designations (in their careers) would not be there had it not been for those who sacrificed their lives for the land and country.
Currently, our land is scarred by unnecessary Western-imposed sanctions appendaged on various unwritten, but well imposed diplomatic and trade embargoes that adversely affect the economic productive lives of Zimbabweans.
Nevertheless, the robust and all-embracing Command Agriculture Programme of Zimbabwe serve as a panacea to the undue sanctions.
The noble programmes re-empower and re-energise our indigenous people to become commercially productive citizens whilst maximising on our greatest asset, that is the bountiful land of Zimbabwe.
This God-given socio-economic potential of our land is coveted by all who know its worth; particularly former colonialists and imperial entities.
This is why many independent African countries are being subjected and coerced to adopt Eurocentric systems of governance that undermine national sovereignty, full ownership and control of our land, thus compromising production.
Almost 40 years after independence, a quagmire of Eurocentrically biased laws still negatively affect and disempower African people.
Land, environmental and livestock laws inherited from colonial governance still need to be reviewed, realigned and amended for the benefit of indigenous people.
These amendments should be designed to boost national agricultural production through Command Agriculture.
African independence would not be complete without the wholesale legal return of the land to the indigenous people and its final restitution from colonial bondage.
Command Agriculture, therefore, presents an ultimatum for all Zimbabwean farmers to carry out the mandate — failure is not an option.
Security, in military terms, is a certainty and an insurance against any negligence or failure to deliver on one’s mandate.
Being heedful of this notion, farmers need to understand that food security implies national security as well as the protection and sustenance of one’s people and livelihood under Command Agriculture.
With the new (2019-2020) agricultural season upon us, diligent land preparation, dutiful weather analysis (digital where possible), sensible input gathering and astute timing of planting are some of the pre-requisites of a good farmer.
These tasks should be complemented by a clear-headed, punctilious practice of farm accounting which ideally should improve over the years.
Agriculture is the most important and most vital sector of the economy in Zimbabwe, providing between 55-70 percent of the total employment and is the major component of Government’s concerns to provide food security for the nation.
Due to the re-distribution of land and the capacitation of indigenous farmers, agriculture generates over 40 percent of the country’s foreign exchange earnings and provides the bulk of alpha-raw materials to the manufacturing and food processing sectors.
Interestingly, during the first decade of Zimbabwe’s independence, local agricultural production established the nation as the king-pin in the SADC Regional Food Security Programme.
Since the Fast Track Land Reform Programme (FTLRP) in 2000, major strides have been made by indigenous farmers in agriculture throughout Zimbabwe.
For patriotic Zimbabweans, the gravity of Command Agriculture, as a vital yolk of indigenous empowerment, land reclamation and national food security cannot be underplayed.
National food security implies protection and sustenance of all Zimbabweans.
All means, methods and technology at our disposal must be deployed to ensure that Zimbabwe is not hungry.
Today, the land of Zimbabwe is in the hands of its rightful indigenous owners who are thriving positively and profitably through the Command Agriculture Programme.
As the sun beckons the new summer cropping season of 2019-2020, Zimbabweans must take up the gauntlet and put our backs into agriculture, making the country the touted promised land of plenty.
Dr Tony Monda holds a PhD in Art Theory and Philosophy and a DBA (Doctorate in Business Administration) and Post-Colonial Heritage Studies. He is also a specialist post-colonial scholar, Zimbabwean socio-economic analyst and researcher. E-mail:tonym.MONDA@gmail.com