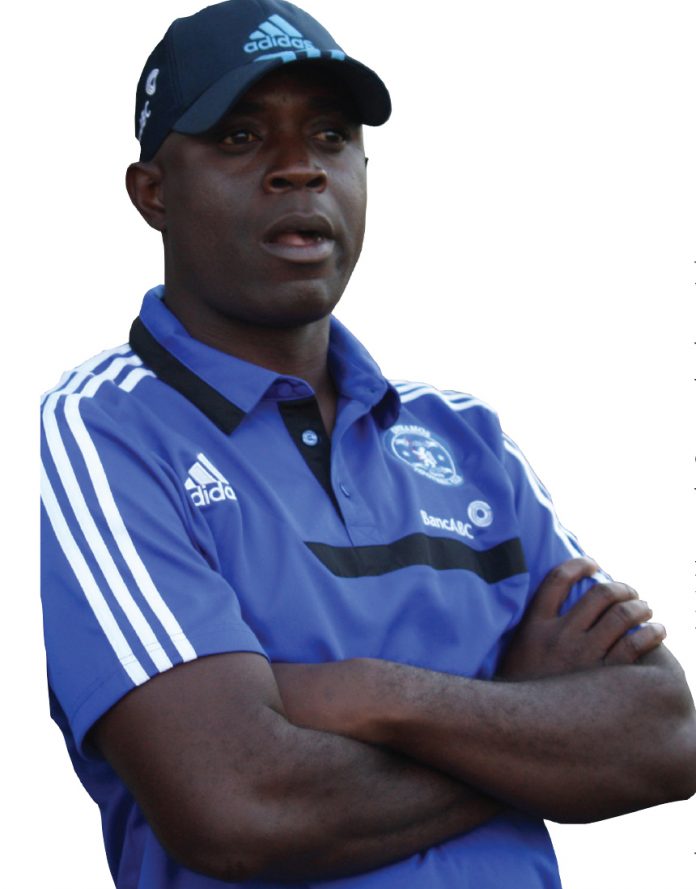 FORMER champions Dynamos FC will be seeking to put themselves firmly in the title contention when they clash with the exciting Chicken Inn in the match of the week at Rufaro Stadium on Sunday.

DeMbare has been enjoying a good run in the office with five matches without tasting defeat and knocking on the door of the coveted 2019 Castle Lager Premier League title after making a stuttering start to the season.

The coming in of the highly rated coach Tonderai ‘Stanz’ Ndiraya has turned their fortunes for the better with the Harare giants just seven points behind reigning champions and log leaders FC Platinum.

At one point, the faded giants were a massive 15 points off the pace after notching just three points in their first five matches.

Former coach Lloyd ‘MaBlanyo’ Chigowe was still at the helm then before he unceremoniously left DeMbare.

Nothing has been heard of him since his departure.

The encounter between Dynamos FC and Chicken Inn will see Ndiraya meeting with his boss at the Senior Men’s National Soccer Team, Joey ‘Mafero’ Antipas, after the country’s football motherboard ZIFA wrung changes to The Warriors’ technical set-up.

ZIFA this week announced that they were putting in place a new technical team following The Warriors’ disastrous outing at the 2019 Total African Cup of Nations held in Egypt recently.

Antipas is a battle-hardened mentor whose obsession with flair and grit has duly won him the plaudits of many soccer lovers across the board.

With two titles to his name, following his success with Motor Action (2010) and Chicken Inn (2015), Antipas has proved to be a force to reckon with in both local and international football.

But in Ndiraya, DeMbare have a lethal weapon whose stock continues to rise as a result of his performances on the pitch.

Augusto had scored a stunning 14 goals in the 16 matches that he played for Chicken Inn this season.

His absence has been severely felt as the Chicken Inn lost their last encounter, the first they played since his departure to South Africa.

Newly appointed Harare City coach Lloyd Chitembwe will meet struggling giants Highlanders for the second time in a week as his new side seeks to extricate itself from the relegation zone.

Chitembwe was installed at the Sunshine Boys on Monday, barely 24 hours after seeing his former side CAPS United dismiss Bosso in what was his last match for his beloved club.

Ironically, he leaves a CAPS United that is fighting for the championship and just one point behind the platinum miners.

Harare City, meanwhile, are treading in murky waters, occupying the last position in the relegation zone.

Chitembwe says he will be focusing on getting his new side out of the dreaded relegation zone before competing for top honours next season.

Harare City have yet to win in their last five encounters.

They have lost four and drew one as they plunge deeper into the relegation zone.

Bosso have been enjoying a good run of form, losing just once in their last five outings.

They have won two and drawn two before Makepekepe brought that run to a screeching halt with that heart-breaking defeat at the National Sport Stadium.

The Bulawayo giants coulad have easily won that match had their strikers been precise in front of goal.

Rhinos have surprised all and sundry this season and comfortably occupy fourth place, five points behind the log leaders.

CAPS United will begin life without the affable Chitembwe in a tricky away encounter against the unpredictable Chapungu FC at Ascot Stadium.

For perennial title contenders Ngezi Platinum will play host to a Hwange side that is still smarting from a disappointing draw against Dynamos.

Hwange were seconds away from snatching a memorable win when star midfielder Godknows Murwira broke the coal miners’ hearts with a last gasp equaliser.

Ngezi Platinum have been disappointing this season after spending the past two years giving their arch-rivals FC Platinum a run for their money in the battle for top honours.

It will be a battle of minnows as Yadah FC and Herentals lock horns at Rufaro Stadium, while the last fixture of tomorrow’s programme sees ZPC Kariba and TelOne battling it out at Nyamhunga Stadium in Kariba.