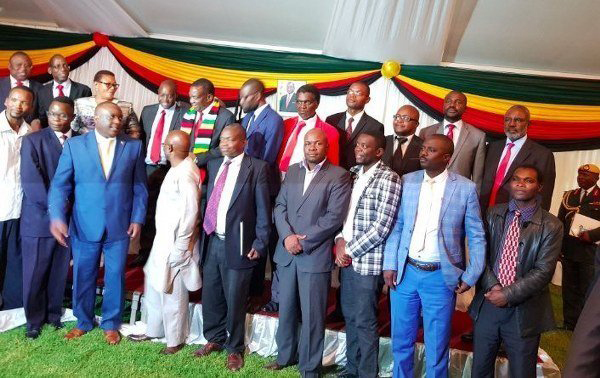 A HOUSE divided against itself cannot stand, and these past weeks Zimbabweans made inroads, making sure that MaDzimbahwe do not fall, especially in light of well-choreographed efforts by foreign and some misguided local elements to perpetuate a false narrative that Zimbabwe is a country in crisis.

What unites us as a people is far much greater than that which separates us.

Much like fingers on a hand, we are all different, but when all is said and done, each finger plays a part and ensures that the hand is able to carry out functions easily and efficiently.

Discourse on national interest began gaining traction some two decades ago, as the country was under siege from an enemy that sought to win the hearts and minds of the populace through cheap propaganda and economic sanctions.

Politics of the stomach became a weapon to ‘separate the people of Zimbabwe’ from their Government and those who fronted this mantra had no qualms in selling their souls for a few pieces of silver.

Prior to this, national interest for the ordinary man and woman on the street had been simple; any action that furthered political freedom from the white colonial settler and provided a level playing field to opportunities in the economy, politics or social life.

It is against this backdrop that the majority of Zimbabweans found the attacks on the Land Reform and Resettlement Programme unpalatable.

The programme has become a symbol of the continuation of the blackman’s struggle for self-determination.

The concept of national interest for a young democracy like ours is under threat as the waters are muddied by foreign interests which use proxies in attempts to direct attention from the critical issues.

Events of the past few weeks have once again brought to the fore why it is important for Zimbabweans to appreciate the concept of national interest in relation to the country’s growth and development trajectory.

A mineral-rich country, such as Zimbabwe, is always the target of stronger nations that understand the importance of controlling such resources, especially in a technologically evolving global market.

This desperate need to control the politics in order to reap economic dividends is not unique to Zimbabwe, but is a challenge that many in the developing world are facing.

Events in Venezuela, over the past month, serve as an example of the lengths to which foreign interests can go in order to control national resources of ‘weaker’ nations.

Where, previously, covert operations were used to topple democratically elected governments and interfere with democratic processes such as elections, the gloves are now off and foreign powers have no shame in declaring their preferred candidates as election winners.

Interestingly, those same foreign powers do not take kindly to reports that their elections are manipulated by other powers across the globe.

What we have witnessed in Zimbabwe since the 2017 harmonised elections is the result of a protracted war for the control of Zimbabwe’s resources.

We have seen the script playing out before; one candidate declares himself/herself a winner without proof and foreign backers push for a negotiated settlement as a way of making sure their horse has a foot in the door.

As the adage goes: ‘Give a man an inch and he demands a mile’.

The immature ranting of a losing presidential candidate is nothing but the barks of a spoiled puppy.

In order to give weight to these rants, a media campaign to force international attention to not just this loser, but to further their claims of a crisis has been added to the mix.

This is all an attempt to push the winner to the so-called negotiation table.

Unfortunately, there is nothing to negotiate; winners do not negotiate. Wise winners, such as President Mnangagwa, listen and, where there is need, they dialogue.

President Mnangagwa has been dialoging since he came into power in November 2017.

He has met Zimbabweans from all walks of life; farmers, churches, business persons, minority communities, captains of industry, chiefs, youths and women have all had their turn at the table in order to present their cases to the man-of-the-moment.

The political parties that fielded presidential candidates in the July 30 2018 harmonised elections met and made commitments to dialogue and work towards resolving the challenges facing the country. This is a significant step to show that Zimbabweans, despite our differences, are talking and that we have a common objective, which is the prosperity of this great nation.

Coming against a backdrop where some have been preaching hate and destruction, the move by political leaders to show a united front in tackling the challenges facing our nation sends the message that Zimbabwe will not burn to the ground nor will it be swayed by alarmists.

The odd one out

In any family, there is always that one black sheep; a disreputable character who is divisive, who does not want to work for the good of the family.

In Zimbabwe we have one such black sheep. A leader who literally came into office through the window; one who is not above using violence to get his way, and who somehow always forgets that the party he leads wants to pride itself as being a beacon of ‘democracy’ in the country and yet his dictatorial tendencies are open for all to see.

Those surrounding Nelson Chamisa should learn a thing or two from ZANU PF.

There is a lesson to be learnt from the events of November 2017: No one man or woman can ever have control of a people.

So, when one starts hearing the rhetoric, language and manoeuvres that were previously used by the old leadership in ZANU PF to maintain a grip on power and shut out democratic processes, it goes without saying that alarm bells begin to ring.

A popular leader is not afraid to face competition at the polls; a popular leader does not shy from processes that will re-affirm his popularity but embraces such processes as a testament of his capability to lead an organisation into the future.

A popular leader does not threaten the competition through his proxies, nor does he need a youth militia to enforce his dictates.

What such actions prove is that the ‘popularity’ of such a leader is only on the lips of his hangers-on and not in the grassroots.