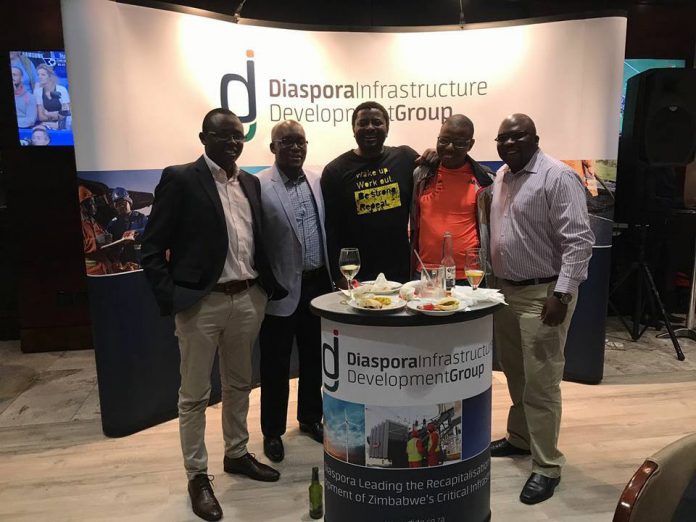 ZIMBABWEANS in the Diaspora have heeded the call by President Emmerson Mnangagwa to invest home.
The new political dispensation has excited the Diaspora community which is already in the country working with the President Mnangagwa-led Government in turning around the economy.
Upon assuming office in November last year, President Mnangagwa stressed the need to revitalise the economy and appealed to all progressive Zimbabweans and partners, locally and abroad, to come on board in transforming the country’s fortunes.
Zimbabweans scattered across the globe are keen to be part of the new dispensation.
Not only the business communities but individuals as well are coming in with funds to rebuild the country.
Speaking at a press conference in the capital, Marakia Bomani said while in the UK, he set aside funds to rehabilitate roads in his hometown of Chitungwiza.
“When I heard President Mnangagwa’s call, I could not wait for the manifestation of tangible results of what was to come, but I had confidence that things were already getting better,” said Bomani.
“They say there is no place like home, so I decided to catch the next flight back home to reunite with my family and friends in reviving Zimbabwe.”
Bomani said he is working with the Chitungwiza council and residents in rehabilitating dilapidated roads.
“When l arrived back home, I realised the roads were in a sorry state, so I decided to approach Chitungwiza council and seek their permission to refurbish the roads and they agreed,” said Bomani.
“I do not have much, but the little I have has made a difference in my community.
“This economy is headed for massive transformation no doubt and the Diaspora factor is quite important, if not mandatory to capture.”
A grouping of Zimbabweans, the Diaspora Infrastructure Development Group (DIDG) has since won the bid to revive the National Railways of Zimbabwe (NRZ) and has already injected US$400 million towards the project.
The group, domiciled in South Africa, is working together with Transnet – a large rail, port and pipeline company headquartered in Johannesburg – in the NRZ project.
Again, a group of 15 based in Denmark and Britain, operating under the banner of the Zimbabwe Diaspora Investment Group, landed in the country for a 10-day visit to explore opportunities.
The group was formed in the UK in February 2017 to harness Zimbabwe Diasporans’ human and financial resources in order to invest back home
The economy has over the years benefitted from its Diaspora in terms of remittances and pool of knowledge.
Diaspora remittances alone accounted for 28 percent of the US$2,8 billion in foreign currency that Zimbabwe received between January and June last year
In 2016, about US$1 billion was sent to Zimbabwe by the four million Zimbabweans believed to be working in SA, UK, Australia and other parts of the globe.
Economic analysts opine the full implementation of the National Diaspora Policy Implementation Plan formulated in 2016 should serve as a framework for engaging and re-engaging, in some instances, with the Zimbabwean Diaspora across the globe.
The action plan, which comprises 80 priority areas that relate to policies and legislation, the intra-governmental-Diaspora relationship, institutional engagement, Diaspora investment, remittances, national socio-economic development, knowing the Diaspora and Diaspora’s rights, among other aspects, has potential to yield results in the shortest possible time.
India has one of the largest Diasporas in the world.
It is estimated to be 20 million strong.
They are in almost every country under the sun and remain closely connected to their country of descent culturally and economically.
According to reports, they send US$56 billion in remittances annually.
Also, many of them are using the connections they have built in their adopted countries to raise money to invest in various economic sectors back home.
Mexico also has a large segment of its natives living abroad. It is estimated that about 11 percent of its 125 million population does not live and work in Mexico.
Some 98 percent of them are resident in the US as documented and undocumented migrants.
Africa has a growing Diaspora too, most of whom have settled in Europe and the US. Asia, particularly China, is a new destination.
The AU Commission defines the African Diaspora as: “Peoples of African origin living outside the continent, irrespective of their citizenship and nationality and who are willing to contribute to the development of the continent and the building of the African Union.”
The AU considers the Diaspora to be the ‘sixth region’ of Africa.
The World Bank estimates that 167 million Africans are resident abroad, the highest number in Latin-America (112, 7 million), followed by North America (39 million), Caribbean (13, 7 million) and Europe (3,5 million).
A 2010 paper, ‘Harnessing Diaspora Resources for Africa’ estimates remittances from abroad to the mother continent topped US$40 billion at that time.
Their contribution to the development of the continent could have doubled over the past eight years.