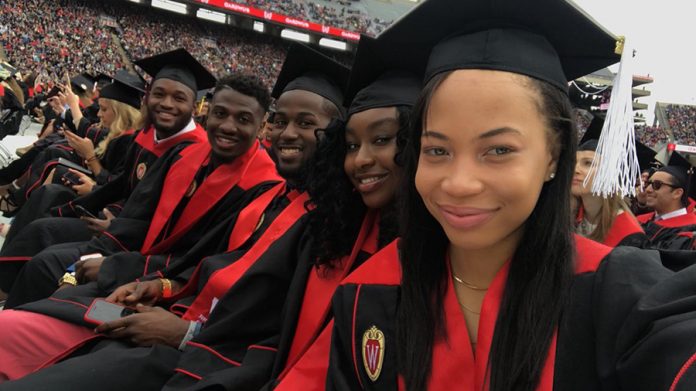 IN this episode, we continue to explore the place of education in fashioning Zimbabwe’s new economic order.

For example, in the sciences, a skills gap of 95 percent was identified while agriculture did not look good with a skills deficit of 86 percent.

The humanities, with a skills gap of 38 percent, had the best outlook.

The education and training sector is responsible for addressing these skills deficits.

The strategy to close the skills gaps is to launch a new education model dubbed Education 5.0.

Its five pillars are ‘Teaching’, ‘Research’, ‘Outreach’, ‘Innovation’ and ‘Industrialisation’.

It replaces the largely academic colonial Education 3.0 model which had only three pillars: ‘Teaching’, ‘Research’ and ‘Outreach’.

The new model requires that graduates from our education system, in addition to being exposed to teaching, research and outreach, also undergo training that enables them to turn their research outputs into goods and services through ‘innovation’ and ‘industrialisation’.

This approach will help graduates from the education system to directly contribute to economic growth and output.

Education 5.0 borrows from the ‘Education with production’ approach adopted in refugee schools in Mozambique during Zimbabwe’s war of liberation in the 1970s.

Here, in addition to academics, learners engaged in full-scale agricultural production as well as learning skills to construct and fabricate various useful items.

After independence in 1980, the education system rapidly moved away from the practical orientation to a purely academic and theoretical mode. Elitist sentiments from many parents discouraged schools from engaging students in physical work.

Gradually, there developed a ‘culture’ which said ‘the more educated one became, the less physical work one engaged in’.

Parents, many of whom had been raised under difficult rural environments in colonial Zimbabwe, seemed to take the view that their children should be protected from experiencing physical stress from carrying out physical chores.

In general, the view among educated and more affluent Zimbabweans seemed to be that the more educated one became, the less physical work one should be expected to do.

I would call this phenomenon ‘academic elitism’. The attitude had its roots in the African people’s colonial experience.

Whites were the bosses and were also assumed to be ‘educated’.

They ordered Africans to carry out various forms of hard manual work which they themselves did not do.

Africans grew up to believe that a white person is exempted from manual work.

Secondly, Africans who learned to speak English earned a higher status as did those who acquired some form of education.

The more education an African acquired, the higher s/he rose on the ‘social’ ladder and the greater the expectation that the individual should enjoy a white person’s privileges.

The most obvious privilege was exemption from manual work.

This, in my view, is the basis for African deference to the ‘educated’ and those who have acquired some semblance of white people’s culture.

With time, education became the single most direct path to move up the elitism scale.

Generally, the elites did not do hard work.

Today, among the black population, the level of education is generally considered as an indicator of social standing.

Those with a higher education are generally ‘exempted’ from hard work.

Unfortunately, this has led so-called ‘educated’ Africans to shun physical work to a point where this ‘educated’ elite has become somewhat less productive in terms of physical work. They will want to delegate their work to junior staff.

In general economic terms, the rich can afford to hire labour and so do not need to physically exert themselves.

The children of supposedly ‘rich’ Africans consider themselves to be elites and above manual labour to a point where they deliberately fail to execute even basic chores expected of them.

Parents who have acquired some elite status through education or asset acquisition may collude in all this.

When these attitudes invade and permeate academia, we develop an educated elite who lack the capacity to engage in productive work; even resorting to delegating professional tasks with disastrous consequences on the quality of work produced.

This situation may arise due to slothful supervision.

Involving students in practical production practices such as agriculture is shunned by some urban elites who hold the view that the more educated and urbanised one becomes, the less physical work one should do!

This attitude to work is, however, not shared by most rural communities who survive by working the land.

I like to refer to my experience as a student in the US.

The university had sophisticated state-of-the-art facilities including air-conditioned laboratories and student offices.

But my professor and I spent many uncomfortable hours hundreds of kilometres off-campus setting up soyabean inoculant trials in farmers’ fields.

It was hot and humid.

I was in great discomfort.

The professor noticed and said to me: “Young man, if the science we do in the laboratory does not impact production here on the farm, we are wasting time.”

I got the message.

In another incident, a senior Zambian soil scientist came to the US on attachment to the United States Department of Agriculture (USDA).

He visited us at the university and told us that on his first day out in the field with two USDA soil scientists who held doctorate degrees, he had remained in the car while they went into a soil pit to start soil sample collection.

They called out to him: “Hey Mr Zulu, are you not joining us here in the soil pit?”

He had replied: “Have the assistants arrived yet?”

“What assistants? We do all the work ourselves!” replied USDA doctorate scientists.

He only had a Master of Science degree and back in Zambia was too senior to go into a soil pit.

He was surprised these ‘doctors’ were digging for soil samples in the pit.

He remarked to us that these Americans work very hard even though they are highly educated.

Is there an African twist to this?

I relate the above incidents because they illustrate how important it is for the ‘educated elites’ to lead by example, to ‘dirty’ their hands in order to generate goods and services.

Education 5.0 is meant to produce graduates who engage, innovate and create goods and services through industrialisation.