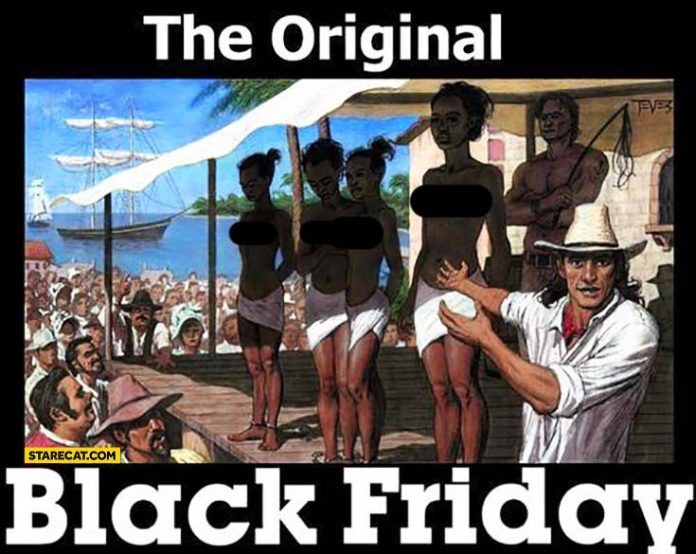 LAST week saw a number of people going cuckoo over the Black Friday, a day many have come to know as an early Christmas present that marks the beginning of the festive season.
Black Friday was the buzzword on television, the internet and a number of local service providers as they stampeded to get their share of people’s savings, slashing prices to induce impulsive buying.
However, despite the din normally caused by retailers in the days preceding Black Friday, a voice of reason started circulating on social media in the form of a photograph cautioning blacks to revisit the dark origins of a day they now look forward to annually.
It reminded blacks, some who spent nights queuing, that Black Friday is a term originally coined to celebrate a day when slaves were sold at a discount.
One of the most prominent antagonists of Black Friday to date is Toni Braxton, who, in 2014, pasted on her facebook wall a meme captioned: “DID YOU KNOW: Black Friday stems from slavery? It was the day after Thanksgiving when slave traders would sell slaves at a discount to assist plantation owners with more helpers for the upcoming winter (for cutting and stacking firewood, winterproofing, etc), hence the name…” Below that post, Braxton remarked: “No Black Friday for me.”
Commenting on Braxtons’ actions, Carl Hewitt remarked: “Toni at least has the courage to make a statement and do something substantive.
These fools won’t boycott anything, though.
They’ll be out there running down the street to the flat-screen TV sales at Target, just like last year.
When have black folks ever stood up collectively for anything?”
This practice is said to have been prevalent in the US in the early 1900s, long before the abolishment of slavery and the American establishment has long tried to shake off the negative connotations surrounding Black Friday by offering counter-narratives.
It is unfortunate that our kith and kin, centuries later, blindly follow this tradition.
As the Christmas season beckons, it is imperative that black people reflect on all the festivities they choose to commemorate, fully knowledgeable of their historical background and the implications of continuing with such practices for their progeny.