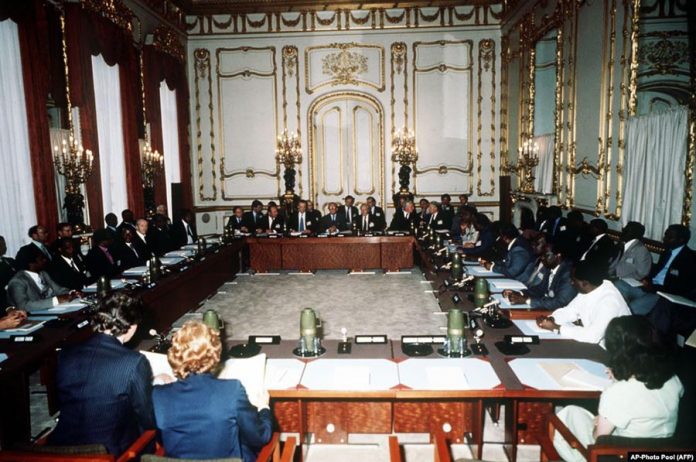 PREVIOUS articles in this series have questioned the capacity of the Zimbabwean educated class to uplift the economy.

It has also been suggested maybe the education system is inadequate to equip learners with appropriate skills and competencies to develop and sustain a robust economy.

In this discussion, I will digress and argue that real black Zimbabweans have never had a real share of what we call the formal economy that they can call their own.

On the contrary, they have been struggling either to establish control or take over a British colonial economy.

They are outsiders and were never trained to develop or run major industrial systems.

This is the major reason, despite a semblance of largely theoretical education, the ‘educated’ have still made little or no impact in terms of ‘fixing’ the economy.

We shall return to the issue of ‘colonial’ education and its deficiencies later.

The majority of companies that declare profits and publish their financial statements in local newspapers are mostly foreign-owned or, if local, the majority shareholders are of colonial origin.

The indigenous educated elites have no direct hand in their origins and operations.

What many arm-chair critics have failed to appreciate is that black Zimbabweans, at independence in 1980,were not part of the mainstream economy.

They did not own the means of production, nor productive land, mines or factories for manufacturing goods.

They enjoyed political, but not economic, control.

The Rhodesian colonial education system strictly processed Africans to be the Biblical ‘hewers of wood and drawers of water’; literally slaves under colonial rule.

Africans had no say in how the economy was run.

The colonial economy was fully controlled and owned by the colonisers and their agents.

Forty years after attaining political independence, the Africans are still occupying peripheral positions in the economy.

Poorly stocked tuck-shops, half-empty stores at rural townships, bicycle vending and a few bus companies like Matambanadzo, Ruredzo and others plying rural routes were all that could be counted as black-owned businesses, a situation that has persisted into the greater part of our independence period.

There certainly was no ease-of-doing-business for black people under colonial rule.

Coming into the independence era, there were few ‘experienced’ black businessmen and women.

Many who we consider experienced captains of industry are, in fact, black senior ‘workers’ in white-owned companies who have little or no say on company policy.

So, which economy do we want Zimbabweans to fix?

Some historical perspectives will inform our analysis as to whether Zimbabweans are in charge of the local economy.

It provided a 10-year moratorium for land acquisition by blacks, except on a willing-seller willing-buyer basis — a provision that meant those who had stolen African land had a choice to sell (willing-seller) or keep it for good.

The dispossessed Africans also were free to buy back their stolen property (as willing-buyers) if they could afford, or stay landless. In all cases, there was limited scope for blacks to acquire and control land and major businesses; the Africans were on the sidelines of the economy.

The Lancaster House Independence Constitution for Zimbabwe provided for a 10-year moratorium period during which Africans were not to disturb the colonialists.

The Africans, under the euphoria of attaining political independence, seem to have been lulled into sleep, content to enjoy political power minus the economy which remained firmly under the control of our erstwhile colonisers.

The colonisers remained busy scheming on how to consolidate the ‘new’ economic colony so as to retain their stolen gains.

They worked to ensure blacks would not succeed in building an economy that they could control.

The success of their efforts lives with us today.

In Shona, the British colonisers undertook a programme of what we call: ‘Shaisano’.

Basically that says: ‘If I cannot have it, you also will not have it!’

On the land issue, there were few, if any, willing-sellers (white farmers) and thousands of penniless African would-be land buyers of the stolen land who were totally unwilling and unable to pay for stolen land.

The British Government also disbursed only a limited amount of the promised funds for buying back land and did so slowly.

Their American cousins, who had ‘promised to help fund land acquisition’ for black resettlement, did not provide a single penny. Meanwhile, Patriotic Front leaders Cdes Robert Mugabe and Joshua Nkomo, colonially educated to be gentlemen of honour who keep their word, continued to stick to the provisions of the Lancaster House Constitution, even sending riot police to chase away land-hungry Africans from so-called white-owned farms.

All this time, blacks were still largely outside the economy of Zimbabwe.

Into the 1990s, blacks became restless and when, through a letter written by Claire Short, the British Government finally disowned its undertaking at Lancaster House Conference to pay for land acquisition, the land reform process ‘spiralled out of control’.