AT the opening of an All-Stakeholders Conference convened by the Justice Portfolio Committee of Parliament for July 26 to 29 2019, the Speaker of the House of Assembly Honourable Advocate Jacob Mudenda in his key note address complained that Zimbabwean academics and intellectuals were lazy.

Otherwise why was it that most of the petitions and recommendations presented to Parliament by civil society for legislating came from foreigners?

Worse still, these recommendations were often put forth as complete imports ‘bait, hook, line and sinker’.

In my intervention following the presentation by the President of the Zimbabwe Chiefs Council Mambo Fortune Charumbira on ‘The Role of Traditional Chiefs in Relation to Elections’, I asked whether the Chiefs Council had ever considered sponsoring courses on African philosophy to be taught in schools, colleges and at universities.

My concern was that in most countries it was recognised that law derived from philosophy and that law school curricula usually were based on three pillars: History and Literature as one pillar; Religion and Religious Studies as another; and Philosophy as the most important pillar.

In Zimbabwe, those educated and fully steeped in the Roman Dutch Law and English Common Law traditions, when challenged, often admitted that frequent clashes between African living law on one hand and what is taught as Zimbabwean law at our universities, on the other hand, derive from the reality that the law school curriculum is either a dangling one or it is based on a foreign doctrine and philosophy.

Mambo Charumbira replied that the teaching of law in Zimbabwe’s law schools is not based on indigenous pillars and that to-date no effort has been made formally to teach African philosophy to lawyers or chiefs.

The commonest excuse for this anomaly was that there were no written religious texts or philosophy texts; and that what is called African Literature may also mostly be a derivative of English Literature.

Since the law school curriculum was not on the agenda of the conference, we could not pursue the matter further.

If the issue had been part of the agenda, the following points would have been worth pursuing.

First, written texts are produced according to specific alphabets.

The invention of alphabets in history came much later than the birth of philosophy.

Second, the idea of ‘reading’ does not depend on a text written according to a particular alphabet.

As I write, a great deal of history of the universe and the history of space is being written from scratch, based on  human scientific observation, such as probes sent to Mars and scientists’ analyses of what astronauts have brought from the moon.

The history of the ozone layer is being written from scratch, based on a new philosophical approach to climate and the atmosphere which was almost impossible under the assumptions of Newtonian physics.

I have in front of me a whole book by Merlin Stone called When God was a Woman.

Much of it is based on the ‘reading’ of phenomena and artefacts which are not in any alphabet.

When God was a Woman is based to a great extent on archaeology which the researcher had to compare and contrast with written texts.

In many cases, the archaeological evidence in fact overturned written texts which were merely speculative.

African societies are not yet dead and buried like the archaeological evidence used by authors such as Merlin Stone.

The descendants of the builders of Great Zimbabwe are still alive, and in many places, living in terms of the African philosophy which prevailed at the time of the construction of the Great Zimbabwe monuments.

The languages spoken by the founders of these living African societies are still being spoken.

Recently I was amazed by what Stevie M. Mangendo’s article titled ‘Pottery Taboos and Symbolism in Bukusu Society’ revealed about what I call African Relational Philosophy and its concepts of creation, the Creator, life, fertility and aesthetics.

The Bukusu live between Kenya and Uganda and yet what the article documents could have come from Zimbabwe.

The underlying philosophy of most Bantu speaking societies is the same.

While the title of Mangendo’s paper may be misleading, the methodology he used can be used in many places; and what the evidence reveals are not ‘taboos’ but elements of African Relational Philosophy represented here by the principles and practices associated with dariro, dare, dumba and the practices of kuumba, kushaura, kuparura and kutsinhira.

So, in fact there already exist quite a number of written texts on African Relational Philosophy.

Their limitations arise from conventional intimidation by worshippers of the alphabet who simply retort: “But what you allege is not written!”

Even worse: “Why is it that it has not been published in reputable journals?”

Despite our endless harassment by written lies being told almost every split of a second about us via ‘social media’, we still cannot get over the illusion that: “Ichokwadi nokuti chakanyorwa!”

Anyway, I am suggesting that the following written texts already contain significant features of African Relational Philosophy, much of it derived from reading African living history, African living practices.

At a later stage, I shall critique the texts to show where the authors could have gone further than they did were it not for the linear bias against ways of reading other than the linear alphabetical way.

For me, the authors could have gone further than they did if they had first debunked the linear concept of ‘tradition’ imposed upon African reality by colonisers bent on seeing themselves as ‘modernisers’  confronted by African ‘traditionalists’ forever steeped in ‘tradition’.

The strongest point of this book was its extensive discussion of the way research methodology can restrict, distort and otherwise reshape ‘reality’ and ‘truth’.

The book acknowledged that African living law, though heavily mangled by those who imposed Roman Dutch Law on Zimbabwe after the First Chimurenga, was still alive and vibrant in Zimbabwean communities.

Its invisibility was mainly a problem of current scholarship.

In 2000 I contributed to a book called Symbolic Narratives/African Cinema: Audiences, Theory and the Moving Image, edited by June Givanni.

My contribution, Chapter 9, was called ‘Unwinding the African Dream on African Ground’.

In that article I began to articulate the centrality of the dariro as a construction which had more than aesthetic meaning and value, something which was solidly affirmed by Mangendo’s paper on the philosophy and aesthetics of pottery among the Bukusu of western Kenya.

One discovery I made which relates to Mangendo’s later research was that at the African hearth, the relationship between the one who cooks and the one who holds the light (rumveno) could be transferred to the film director and the actor, with the cook asking the one holding the light: Please hold the light for me so that I see how to cook: “Please ndivhenekerewo ndione kubika.”

I said in terms of the dariro of kuparura/kushaura nokutsinhira, the roles between the cook and the one holding the light were interchangeable.

The actor also directs the director.

The subject also researches the researcher.

That was why the dariro was referred to as the circle of call-and-response, by

The book, Being Afrikan by Mandivamba Rukuni. 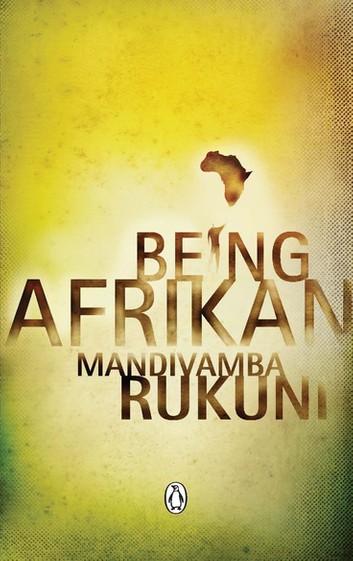 those trained in the linear tradition.

Later I was to discover that dariro and dare originated from the African women’s dumba.

Then in 2007, Professor Mandivamba Rukuni published his book: Being Afrikan: Rediscovering the Traditional Unhu-Ubuntu Pathways of Being Human.

Rukuni did a great job of reading from African daily life the integrative nature of African relational Philosophy.

He also convincingly demonstrated the vibrancy of the philosophy which the authors of Pursuing Grounded Theory also marvelled at in 1998.

What I think is needed now is a purely contemporary reading of African living history together with these texts in the context of current global history.

Such a reading for me reveals that African philosophy is contemporary and not traditional.

In the November 28 and December 5 2014 instalments for The Patriot I said that the pursuit of sustainable global development in response to environmental catastrophe and global warming in reality meant that the human race was coming to accept African philosophy and ecological ethics.

In the March 18 2016 instalment I asked whether as Zimbabweans we understood the difference between a science education based on the linear model of Isaac Newton (physics), Charles Darwin (evolution) and Thomas Hobbes (politics and social science), on one hand, and the new relational science based on the African model of the universe and nature as a living organism.

This new science is led by what ecologists call the ‘New Biology’.

As a way of explaining what difference it makes whether we pursue our education and research using a linear or relational paradigm, it may be necessary to state the following historical facts:

λ The reason why, until now, Africa has been the greatest conservancy for wildlife is because African ancestors practiced relational science in their approach to the culling and use of wildlife. In fact, the prevalence of animal totems and ngano (folklore) and parables based on wild animals and nature is because Africans viewed nature as a living organism which spoke many subtle languages which humans needed to learn and to decipher for their own survival. Animals were not just guinea-pigs to experiment on in the laboratory: They served as partners in safeguarding the balance of nature and they were active sentinels against impending dangers.

λ Present-day concepts of environmental impact assessment and restoration of natural habitats after industrial usage are based on African relational science which taught that humans should at all times endeavour to give back to the rivers, to compensate the forests and the grasslands for whatever they took out.

λ The day-to-day changes which the birds, wild beasts, grasses and trees registered or signalled were observed, discussed and interpreted for the benefit of society.

λ Soils, hills, mountains, rivers and valleys were also named in ways which communicated scientific, geographic, dietary and historical information necessary for the survival, development and safety of human beings. Names of places such as Muzarabani, Tamandayi, Mashambanzou, Musanditeera, Mazivandadzoka and Marirangwe contained intelligence necessary for the guidance and safety of children and strangers.

In The Post-Corporate World: Life After Capitalism, David C. Korten described what I see as the homecoming to African relational science as follows:

“Generations of physicists have sought to reduce matter to its elementary particles on the assumption that the parts explain the whole.

The quest led to an unexpected discovery: the elementary particles we have found are not truly things so much as interconnections (relations) between things. In the words of physicist Niels Bohr: ‘Isolated material particles are abstractions, their properties being definable and observable only through their interactions with other systems.’ In contrast to the presumption of classical physics, parts can be understood only by their relationships to a larger whole.”

This is a scientific equivalent of the African relational idea that ‘I relate, therefore I am’, or ‘The head has two ears but never hears in twos’.

In contrast, the old linear science is characterised not only by the notion of a dead universe and the idea of the earth as a bottomless rubbish dump into which one can pour refuse and pollutants with no blow-backs; but it is also driven by the desire for centralised and unipolar mastery and control.