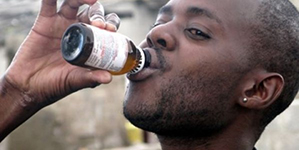 HAVING grown up in Chitungwiza, I am very much exposed to the hardships facing most households and the mischief around most street corners.
My first book and compilation of short stories, Behind The Wall Everywhere, is indeed a testimony and somewhat an example of the kind of life there and yet even that description alone is a mere scratch on the surface of what is really itching in the hearts and souls of most of these ghettos that need attention.
What bothers me is the increase in alcohol and drug abuse, especially among the youths and high school students in high density areas in Zimbabwe.
It is not just the drug and alcohol that are of concern, prostitution is also on the rise.
This is not a new subject.
The media has repeatedly reported about it as part of an effort to raise awareness of the dangers of drug and alcohol abuse.
On road sides, road safety billboards are erected warning motorists of the dangers of driving under the influence of alcohol and in hospitals, clinics and schools, there are posters warning people against drug and alcohol abuse, but the problem seems to be escalating.
Recently, a very close friend phoned from South Africa informing me her uncle had passed on in Unit L, Chitungwiza.
When I asked the cause of death, she said she didn’t have the details, but they suspected he had drunk some of the illegal clear spirits circulating in the neighbourhood lately.
Zed, Krango and lately Soldier are among such spirits well known for putting people in hospital when abused.
Later, my friend said it had been confirmed her uncle had taken some pills that are also circulating in the neighbourhood nowadays.
Cordain (S2) pills, Diazepam, CPZ and Valium are among the pills codenamed mangemba in the ghettos and are being abused by many to get ‘high’.
The death of my friend’s uncle touched me and I realised that this problem has been around for some time now.
You hear people talking about it in commuter omnibuses, bars and street corners, but you actually don’t know how big it is until it kills someone you know.
In a bid to understand more on the subject and help save a life, I met with 21-year-old Gari Masawi (not real name), who was willing to share his experiences.
He was with his best friend who preferred to be called Daveson.
Both men are in their early 20s and stay in Zengeza 2, Chitungwiza.
As friends, they share and have a lot of things in common.
They both know how to plait hair and would not hesitate to dig the garden, clean the car, fix or carry anything, but for a price of course.
I have often found them useful at my house and I always pay them.
However, little did I know that as soon as I paid them, they would go off and buy Broncleer, aka ‘Bronco’
It was only when they were plaiting my cousin’s hair that I discovered their abusive habit.
I confronted them, wanting to know why they took these dangerous substances and partially also because my friend’s uncle had just died from consuming such like substances.
Their reply was straight to the point: “Panenge pasina zvokuita mdhara,” said Masawi.
“You wake up everyday, roam the streets and end up deciding to get high.
“It is better to pass the day that way than just sitting in the house.”
Masawi went on to say he doesn’t drink or smoke marijuana whenever he is working.
And when I asked if they think lack of jobs is the main reason people are abusing drugs and alcohol, Masawi went on to say most people started taking these drugs as a means to escape the daily hardships of life in the ghetto, but ended up getting hooked.
“Mdhara mangemba (pills) handibati futi,” said Masawi.
“It’s better I drink Bronco than to take mangemba.”
Despite living in the same area and growing up in the ghetto, I had no idea what the young man was talking about or what he meant by mangemba, so I asked him to explain.
He went on to tell me mangemba is the street name or code used in the ghetto for pills for mentally challenged people now abused (mostly by the youths) to get high.
Cordain (S2) pills, Diazepam, CPZ, Valium are some of the drugs taken.
Most things have street names and unless you are well-versed in in the stret lingo, it is easy for these youths to talk about drugs in your presence and you would remain clueless about what they are talking about.
Diazepam pills are codenamed ‘MaDembare’ because they are blue in colour, while Valium is called ‘MaButternuts’ because they are yellow.
But, the sad reality about drug and alcohol abuse is that while many people are dying, there are also some making money through these drugs.
It is imperative for parents and guardians to counsel youths on the dangers of drug and alcohol abuse.
And let me hasten to say there are more stories in Chitungwiza about youths abusing these substances.
Some are willing to open up, while others would rather remain anonymous for fear of censure from parents, friends, neighbours and responsible authorities.
However, there is no hiding that something needs to be done to combat this problem and it starts with an individual.