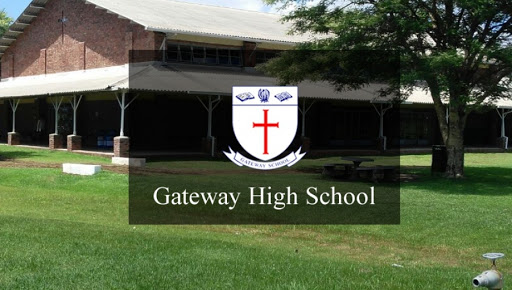 THE Black Lives Matter movement seems to have opened a can of worms, not only internationally, but even more so in an independent Zimbabwe, if the influx of comments from black students from former Group ‘A’ schools (now Trust schools) is anything to go by.

We have already noted that imperialists were experts at colonising the minds of indigenes.

Sometimes we have to give the devil his due.

To achieve this, their main weapons were education and religion.

Elsewhere in this edition, we have a story where black students  from schools where white culture still dominates are coming out in the open, revealing how they have been looked down upon because of their skin colour.

It is at these institutions where ‘whites are superior’ mentality is deeply rooted.

The recent racist callous murder of black-American George Floyd by a white police officer seems to have evoked the spirit of black consciousness among these students.

Probably stung by the present wave of Black Lives Matter protests, a rector, headmaster and headmistress from Peterhouse Group of Schools recently profusely dissociated their schools from racial discrimination on Twitter.

All three, curiously, are white.

Reaction to this assertion was fast and furious on social media

Black students, both past and present, from this group of schools were quick to tell of  ‘systematic and internalised racism’ at Peterhouse Group of Schools.

This is pointedly demonstrated in areas such as distribution of power at the top, language preference, type of sporting activities, music and subject selection, among others.

But this exposure is not limited to Peterhouse Group of Schools only.

Students and former students from other like schools have formed social media pages to share their experiences, where black lives are considered not to matter.

Black students from schools such as Arundel, Lomagundi, Girls College of Bulawayo, Hellenic and Chisipiti, among others, are very active on this platform.

These are our future mothers and fathers who, hopefully, shall help future students at these schools  to dismantle the white supremacy complex.

But why should this be so today, almost 40 years after our independence?

Even though these schools are now black dominated, most of the black parents have set themselves apart from the rest.

Although black, they now begin to look  at themselves as whites and think by sending children to such schools, they have suddenly turned to be whites.

What with the exaggerated English accent!

This gives the few whites there an alibi to promote their racist culture.

This is exactly what the colonialists wanted us to internalise through their education system.

Making English, and not our vernacular languages, the passport to advance in education was a well thought out strategy.

Language is very crucial in the mental colonisation process.

This is why, at these schools, where Western cultural values are predominant, whites still have the audacity to feel superior.

And the paradox is, they are urged on by black parents who feel privileged to have their children learn at schools they deem un-African.

The Black Lives Matter movement wave of protests seems to have reawakened former students  who graduated from these schools from slumber.

But for how long?

Is it going to turn out to be what William Shakespeare describes in ‘Macbeth’ as ‘…a tale told by an idiot full of sound and fury, and yet signifying nothing’?

Let May 25, the day of the gruesome murder of Floyd by a white American police officer, remain a constant poignant reminder of the need to free ourselves, mentally, from the shackles of racial subjugation.