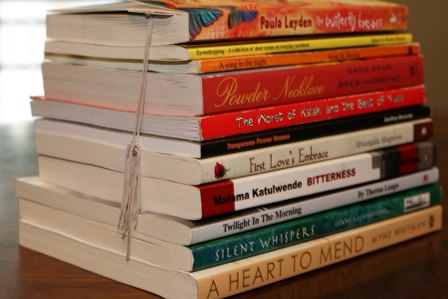 SINCE 1980 there has been talk on the need to change the country’s education curriculum.
The country, three decades ago underlined the urgency to review and re-orient its education curriculum.
The Curriculum Development Unit (CDU), a department in the then Ministry of Education and Culture in 1980 under Minister Dzingai Mutumbuka laid the foundation for the massive education transformation.
Exciting curriculum programmes which championed the cause of the liberation struggle were launched.
For 10 years, the CDU fulfilled its mandate to transform curriculum in line with the nations’ revolutionary aspirations, but its magnificent work came to an abrupt end.
As a result, despite over 30 years of independence, education in the country generally resembles knowledge traditions imposed during the colonial era.
The country inherited an education system that had been tailor-made to consolidate and perpetuate the colonial system.
That is why today, the whole school system, the teachers, the teaching and learning materials have been calibrated to cement colonial values and ideas.
More so Britain through its financial assistance is covertly involved in the administration of the country’s education system.
The United Kingdom’s Department of International Development (DFID) has in the past three years donated more than US$100 million through the Education Transition Fund, Basic Education Assistance Module (BEAM) and Camfed to, “assist Zimbabwe accelerate the revitalisation of the education sector by contributing to improving schools systems and governance, enhancing teaching and learning.”
During the same period, Britain also procured and distributed more than 22 million textbooks to all primary and secondary schools in Zimbabwe.
The textbooks included English, History, Ndebele and Shona subjects.
The UK government hopes to invest another US$100 million in the next three years in the education sector alone.
British Foreign Policy Advisor based at Chatham House Richard Dowden a last year just after ZANU PF’s election landslide victory wrote an article titled, Mugabe won, Britain lost in which he articulated that even though Britain had lost through the MDC, Britain still had a grip on Zimbabwe through education.
He said generations of Africans had mortgaged their future on Britain’s assistance in education programmes.
“Africa is now left to the aid workers and the Chinese,” wrote Dowden.
“Economists predict that Africa’s population will double from one billion to two billion by 2050 and if education, infrastructure and manufacturing are developed, it could become the most dynamic continent in the 21st century.
“We cannot compete with the Chinese in manufacturing and infrastructure but one thing Britain has, that Africa needs is education.
“For too long Britain has relied on its aid programme to win friends in Africa.
“However DFID has strict guidelines about how the money is used…So African governments cannot use the aid as they like.”
With these in place, it will not be a stroll in the park to change the education curriculum.
Can this be another reason why there are internal administration forces in the Ministry of Primary and Secondary education hindering the curriculum overhaul?
Last week, one local daily paper reported that some senior Government officials in the Ministry of Primary and Secondary Education were sabotaging the establishment of education centres for toddlers which is part of the re-orientation of the country’s education curriculum.
If wholly committed, the Minister of Primary and Secondary Education Lazarus Dokora will not fold his hands and look away as self-centred subordinates sabotage his efforts of an education overhaul.
The minister who is bestowed with the power to make decisions on education,
should stamp down his foot and be the exclusive authority in matters concerning the provision and management of education.
Just as the liberation war required political will and commitment to achieve the desired outcome, the education curriculum overhaul project requires the same level of political will and commitment to succeed.
The country does not need rhetoric; it needs transformational change in order for the education sector to become Afrocentric.
The education system should produce students who are able to recognise themselves in what they read and in what they are learning.
The country needs the kind of curriculum that creates children who have African moral, ethical and aesthetic attitudes, values and feelings.
In order to achieve this, Eurocentric ideology must be dismantled from our everyday life.
To do this, the country needs to change school syllabuses especially in History and English Literature subjects.
These syllabuses, from primary level to Advanced level should focus more on Afrocentric education rather than Eurocentric bias which has been in existence for the past century.
History should be made a compulsory subject from primary level right up to secondary level and account for 75 percent Zimbabwean and African History and only 25 percent European History.
This will see schools teach more of Zimbabwean and African history right from Iron Age, to King Lobengula, Mbuya Nehanda, Sekuru Kaguvi and their role in the First Chimurenga and Josiah Tongogara, Joshua Nkomo, Robert Mugabe and other gallant fighters in the Second and Third Chimurenga.
History as a subject has in the past years been an optional subject with European history accounting for about 54 percent of the content.
On the other hand, English Literature should move away from using European writers such as William Shakespeare and Charles Dickens as major set texts as these continue to perpetuate European values and ideas.
African literature should be made compulsory and consist 75 percent content in English literature.
This review will bring about the revival of the local Literature Bureau.
Zimbabwean libraries are inundated with donated books on American and British history and governance.
For all these to take place, political will and commitment is essential.
Decolonising the mind is the Fourth Chimurenga.