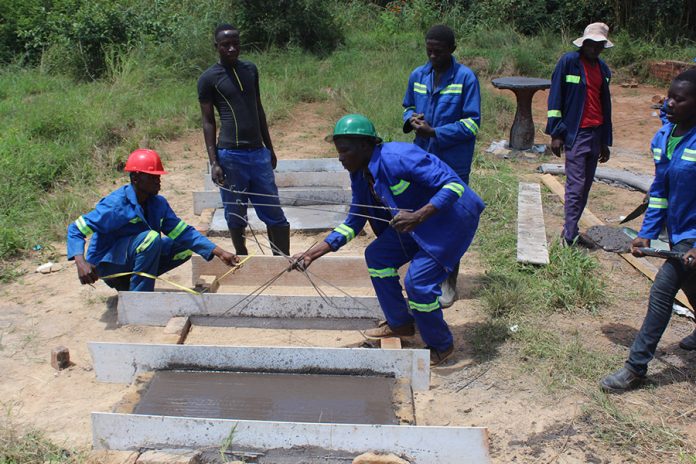 IN the first school term for 2020, which fell on January 14, primary schools enrolled Grade One pupils whose national total is likely to be half a million, if not a little higher.

During the liberation struggle both ZANU and ZAPU were calling for free and compulsory education from Grade One to Form Four.

It is obviously to achieve that goal that the Government has decided to recruit an additional 5 000 teachers, the aim being to get Universal Primary Enrolment (UPE) throughout Zimbabwe.

A few of those pupils will continue thereafter to university and graduate in 2035.

However, many would have either completely dropped off from school for one reason or another, including especially economic factors, or entered professional or technical institutions to do courses or learn skills, or would have become providers of security or administrative services.

The higher one climbs Zimbabwe’s academic educational ladder, the less the enrolment gets, hence the description that the system is pyramidal.

Economic contraction caused by a number of factors not least of which is drought that has been repeatedly hitting Zimbabwe in the past decade or two, indirectly and adversely affecting the country’s educational system both quantitatively and qualitatively.

On the attainment of independence, Zimbabwe’s initial step was to offer free primary education, a measure that greatly increased demand.

That necessitated a massive increase in recruitment of pupils particularly at primary level, achieving  in some communities universal recruitment which, in turn, led to schools running double sessions, and employing unqualified personnel as teachers.

Teacher training institutions also introduced a system whereby trainee-teachers spent most of their time actually teaching instead of learning.

Needless to say that the country’s educational quality was compromised, thereby although the basic literacy level rose notwithstanding.

Expectations of a better life, that is to say, the ability to access material comforts, as well as to one’s skills or services for the betterment of one’s life rise as one acquires education.

We must take this into account whenever we discuss reasons or causes of the diaspora. Zimbabwe’s educational success has, among other things, fuelled the current exodus from the country.

Measures to improve the national economy should prioritise labour–intensive projects so as to absorb a large number of the country’s educational output.

Most of those engaged in that sector do part–time work because they lack the required capital to modernise and expand their respective projects, be it gardening, poultry, horticultural, diary, or whatever project in which they are engaged.

A large number of Zimbabweans who are in the diaspora are not adequately qualified to be in demand in the countries to which they went.

Because of that they look for and accept menial jobs and are paid minimum rates, thus creating two rather unfortunate disadvantages for the indigenous population: taking menial jobs and lowering the host countries’ wages and per capita incomes.

Zimbabwe’s economic improvement measures must generate employment for those who fall off its educational system without acquiring any professional skills, but have only their raw labour power to sell.

It is certainly not wise to advise Zimbabwean industrialists and commercial entrepreneurs particularly in the agricultural sector, to introduce automation and eliminate manual labour in their operations.

The country’s educational system’s output is meant for labour-and not capital intensive environment.

When we discuss Zimbabwe’s educational success, we seldom mention agricultural knowledge and skills that can easily and relatively improve the national economy.

In addition to the agricultural sector, mining is another area where a large number of people can be employed, and are actually employed either formally or informally

We should have in mind exportable products such as cotton, sugar, hides and skins, edible oils for the agricultural sector and gold, chrome and other minerals that are in demand abroad.

The country’s school curricula emphasise the production of crops meant for local consumption to the exclusion of those that can earn foreign currency abroad.

Irrigation should be given the attention it deserves, especially in drought prone regions some of which are known to be sitting on perennial aquifers.

It is important for the country’s education to emphasise that life can exist and be maintained by irrigation and not only by natural rain.

Many countries such as Syria, Lebannon, Israel, Iraq and many others live by irrigation. So can some Zimbabwean regions, and the educational system should take that into account especially in the light of the obvious climate change phenomenon.

An excellent educational system prepares and produces people who can easily survive in their natural environment.

They should be able to create accommodation, food and clothing in their environment by the use of appropriate technology.

Saul Gwakuba Ndlovu is a retired, Bulawayo-based journalist. He can be contacted on cell 0734 328 136 or through email: sgwakuba@gmail.com