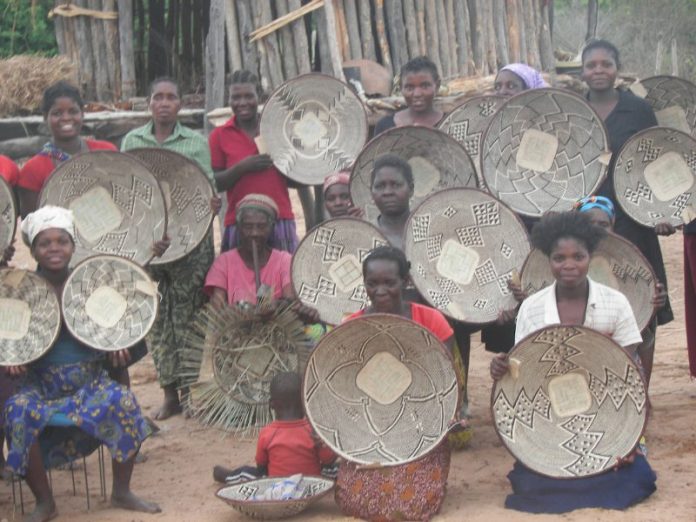 DIFFERENT ethnic groups in Zimbabwe do not always stand as opponents to the development of the nation, instead they complement efforts at developing a united and inclusive country.
The BaTonga, like other African people, combined functionality and artistic traditions that were carriers of their material culture.
The surfaces of items that they made, such as sleeping mats, clay pots, leather coats, stools and headrests, among others, carried motifs that were part of their culture.
The decorative designs were repositories of their intangible heritage, each with rich, specific meanings and associated histories.
When ready-made items replaced those that they made themselves, the lost artistic traditions marked the demise of the recording and reproduction of their past.
Links with the past were lost.
A new start was made in which the BaTonga became alienated, with little or no confidence in themselves.
Although some ethnic cultural symbols such as the traditional leopard skins worn by pre-colonial BaTonga chiefs as well as other adornments such as beads, ceremonial stools and head rests have remained, most of these items have disappeared.
They are now only viewed in national archives and museums in southern Africa and other parts of the world.
The change in material culture is loss of the surfaces that carry the messages from the distant past.
Substituted items are made elsewhere by people who no longer share the same cosmology.
Both intangible and tangible heritage are lost during material cultural change.
Through changes in material culture, a people are cut from their past, from their traditions.
The new items are a sombre reminder of their divorce with their past.
The process of material culture change in the BaTonga society was heightened when they started to interact with other people and their migration from Zambia where they came into contact with different cultures. Their inherited stock of material culture did not change appreciably in the pre-colonial period.
The new ‘materials’ and items were incorporated and ‘localised’ so as to become part of a wider material culture.
Historians and scholars noted that this was not to remain for much longer after colonisation; mind creates material culture be it in the form of buildings, utensils, furniture, cutlery, containers, clothes or ritual items.
Colonisation, largely enacted through Christian evangelism, sought to change the beliefs of the BaTonga.
The basis of material culture was thus eroded and there was nothing left to sustain the traditional material culture.
The rate of this change in material culture was related to the forces of change at work.
A notable example is how Taonamemeso designed the Nyaminyami stick which became a symbol of the Tonga river god.
Items of material culture provide much more than utility; some carry decorative designs which increase their worth or value.
Others come in attractive colours that add value to the items.
The same items, depending on the degree of artistry in their manufacture, colour code or decorative designs will vary in value and thus their possession will correspond to different socio economic status.
High value items were the preserve of the chiefs.
An item made from an elephant tusk or rhino horn belonged to the chief; the chief always appeared clad in the prized leopard skin.
When beads were introduced, certain colours of beads were reserved for royalty.
In addition to value, new items of material culture were prized and initially found their way to the residence of important chiefs.
According to historians, red coloured beads were a preserve for the royal wives.
Records at the BaTonga Museum in Binga provide ample evidence of beaded necklaces, stools, Western clothes such as boots, pairs of trousers, shirts, hats, smoking pipes, guns, ammunition, beads of a myriad colours and blacksmithing materials, among several other items of exotic origin.
Most of the new items were used as substitutes, for functions that had, until then, been performed by indigenous items, for example the broad-brimmed hat replaced the ostrich pompom headgear.
The chair replaced the headrest and stool which doubled as a pillow while the smoking pipe likewise replaced a locally made pipe and the boots replaced sandals.
The new items might have looked somewhat different among the BaTonga, but they performed the same functions.
Historians note that it was common for the chief to revert to traditional attire during ritual ceremonies such as kuomboka.
For certain events and ceremonies, traditional regalia were still being regarded as superior or more appropriate.
This was so prior to colonisation.
After colonisation, some of the ceremonies were discontinued together with their relevant regalia, songs and dances.
However, there were some exotic items that were retained during ritual ceremonies.
The royal wives appeared clad in colourful beads and handkerchiefs that other ladies did not possess.
The new items thus continued to reinforce social differences and entered the worlds of material culture as status symbols.
The question that may be asked is why the new items were adopted and used in favour of the old ones.
Convenience seems to have been an important consideration.