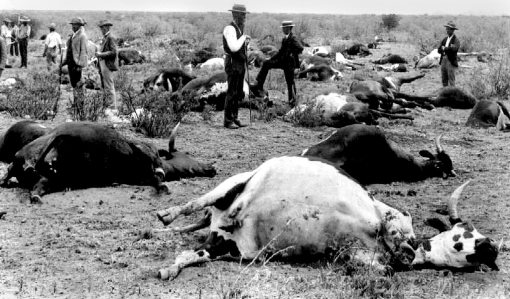 FEW among us are unfamiliar with the El Niño phenomenon and its powers of devastation.
The El Niño (Boy in Spanish), in the past also known as El Viejo (the old man), is essentially irregular and erratic weather fluctuations when low atmospheric pressure occurs over warm ocean water and/or high pressure occurs over cold sea surface temperatures.
This variation causes the ocean surface to be warmer than average, which then affects much of the inland weather in the tropics and/or sub-tropics, where Zimbabwe is situated, causing drier air which results in droughts.
La Niña (Spanish for girl) is the counterpart of El Niño.
Its effects are often the reverse of El Niño; due to increased wind flows it causes a drop (even a minimum of 0.5 °C), below normal sea surface temperatures, resulting in cooler ocean temperatures and often may follow an El Niño.
According to a recent UNICEF report, La Nina is expected to follow El Niño in the next season.
When warming or cooling occurs for a period of seven-to-nine months only, it is classified as an El Niño or La Niña ‘condition’, when it occurs for a longer period, it is classified as an El Niño or La Niña ‘episode’.
Studies of historical data show the recent El Niño variation in temperature is possibly linked to global warming.
Usually, the El Niño phenomenon is a centennially recurring weather pattern.
Its effects last between seven to 10 years.
Developing countries dependent on agriculture – including Zimbabwe and the rest of Africa – and fishery, particularly countries bordering the Pacific Ocean, are mainly affected by these weather anomalies.
Gilbert Walker, an applied mathematician, studied and wrote on this weather phenomenon while he was director-general of weather observatories in India, during the British rule.
In 1904, he studied and analysed, for 15 years, vast amounts of weather patterns and the characteristics of the Indian Ocean monsoon.
In South America, the effects of El Niño are usually powerful and undeviating; associated with warm and very wet weather months causing major flooding whenever the event is strong or extreme; and the reverse in Southern Africa where it causes droughts.
The numbers of El Niño events/episodes are reported to have increased during the last several decades while the numbers of La Niña events have decreased.
In Southern Africa, La Niña results in wetter-than-normal conditions from December to February, with drier-than-normal conditions over equatorial East Africa over the same period.
In Zimbabwe, meanwhile, the First Matabele War of 1893-1894, had broken out.
Provoked by Cecil John Rhodes and the British South Africa Company (BSAC), it was to be the first anti-colonial war to be fought in the country.
The defeat of the Ndebele in the First Chimurenga was due to the settlers’ superior weaponry.
During the early part of 1896, incessant rumours circulated among the early white settlers of an increased restlessness among the Ndebele and the possible development of another serious upheaval.
The colonial government authorities, however, scorned the rumours deeming them to be alarmist statements of settlers, convinced that another rebellion was not possible so soon after the 1893-1894 Matabele Uprising, the indigenous army was forced to disarm and surrender their weapons.
A considerable quantity of weapons was returned in conformity with the order for the disarmament at the end of the conflict.
Meanwhile, the BSAC was already toiling to cope with a locust scourge and rinderpest (cattle plague) outbreak that was causing havoc among the cattle in the country.
They called for a meeting with the leading chiefs to discuss the persistent rumours of another uprising.
Rinderpest, endemic in parts of Asia where it is believed to have originated, is an acute, contagious, viral cattle disease that affects domesticated and some wild ruminants.
It was also found in Central Africa.
It is generally spread between herds in the course of transporting affected animals and characterised by severe inflammation of the intestinal tract and diarrhoea.
The virus, although it did not infect humans, was closely related to human measles and distemper in dogs.
It first manifested in Europe in the Netherlands during the 14th Century and again in the 18th Century; the century synonymous with European colonisation.
Some species of wildlife, such as African buffalo, eland, giraffe, lesser kudu and warthog are highly susceptible to the disease, as are Asian antelopes, bovids and swine; while antelopes and hippopotami are less prone to the virus.
Cattle plagues have recurred throughout history; a cattle plague around 3 000 BC believed to be rinderpest, had also broken out in Egypt, which later spread throughout Africa.
Rinderpest was widespread between the 11th and 12th Centuries.
In the 18th Century, it affected Europe, especially hard between the years 1709-1720, 1742-1760 and 1768-1786.
As the virus spread, it killed vast numbers of livestock in its wake and left communities without meat and milk.
The loss of the animals crippled farming, since they were used to plough the land, resulting in widespread starvation.
In 1865 -1866, Britain suffered a major outbreak of rinderpest.
The catastrophic impact of rinderpest led to the establishment of Britain’s national veterinary service.
Since 1877 no further outbreaks were reported.
Rinderpest, together with Christianity, was brought to Africa through colonisation during the later part of the 19th Century.
As the colonisers travelled on the continent with ox and donkey wagons, they spread the disease.
It spread south from Somaliland (Somalia), reaching Rhodesia (Zimbabwe) in 1896; a factor which contributed to the outbreak of the Second Matabele War.
Could the cattle plague, described in the Hebrew Bible as: ‘One of the 10 Plagues of Egypt’, be rinderpest?
Strangely enough too, history shows rinderpest often accompanies wars and military operations.
Dr Michelina Rudo Andreucci is a Zimbabwean-Italian researcher, industrial design consultant and specialist hospitality interior decorator. She ios a published author in her field. For views and comments, email: linamanucci@gmail.com