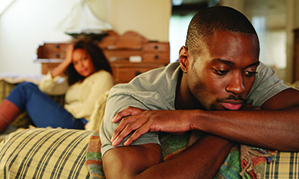 THE past two weeks we discussed some of the common stereotypes about a real man.
The main ones are about him being a bread-winner and also not marrying the educated woman.
The last stereotype, which is not at all exhaustive of how men are defined in our society, is about being in control of the situation.
“Real men do not cry and should not show emotions.
“Instead, they should actually be in control of the situation always, ‘cheer up’ and not be mushy.”
Well, this is also how I see many mothers raising up their sons into emotionless robots or stones that bottle issues up and do not deal with their problems.
This definition of masculinity, in my view, is by far the worst of the three.
Many women whom I talk to have discussed with me how their partners or children go into ‘man caves’ and do not even want to talk about what they are going through.
This creation of emotionless men has caused grief and drama and is one of the major reasons for divorce.
While women are raised the opposite way, being allowed to cry and being allowed to let their emotions flow, I have seen in counselling sessions couples who believe that this issue of dealing with one’s emotions is seen more as a sign of weakness than strength.
For instance, when a couple is arguing, one often hears the rhetoric: “She is too emotional, she is just too emotional.”
And this is used in reference to a woman trying to express how she feels in the current situation.
I do agree that during discussions participants need to put aside a bit of the emotions because too much of anything is bad.
Growing up, I remember my father used to tell the boys in our family that they should not cry because real men do not cry.
That was a normal way of silencing them after a thorough beating and now when I look back, I see how part of their humanness was actually killed through this suppression of tears.
Today, some of them are the hardest and uncompassionate beings I have ever seen and I know they are products of my father.
I cannot blame him either; to some extent he was just following what he was taught since he was a child.
What does this mean for us as a society when we have men who do not feel pain and who shy away from expressing their emotions?
We are now seeing a situation where so-called crimes of passion are on the rise.
Last week we read Sarudzayi Chifamba’s article on so-called crimes of passion that are being carried out by Zimbabwean men in the Diaspora.
The article got me thinking how we raise our sons makes them unable to deal with their emotions because they are ill-equipped?
If one is raised for years and is taught not to cry, not to show emotions because it makes him weak when faced with betrayal by a loved one, how does he deal with it?
He will go mad!
This, in my view, is not a justification for the current trends which are not only in the UK, but in Zimbabwe as well because there are many Zimbabwean men who are unemployed and feel they are failures, but they were never taught the art of dealing with their emotions and frustrations
I once asked a group of young men how many of them were taught how to be good fathers to their children and how to really take care of their wives aside from the overly-rated ‘sexual gratification’ and none of them remembered such a time.
They were literally thrown into the deep-end under the guise of being real men and were taught: ‘You will figure it out as a man’.
What does the word ‘man’ mean if men do not mentor other men and de-bunk stereotypes and teach those who are upcoming what does not work and what works.
It has been proven and will continue to be proved that to be human means to have emotions and if men continue to be taught otherwise, they will fail at real manhood, which is one’s ability to feel and to communicate those feelings and understand the other human being and be sensitive to those needs.
Let us go back to the drawing board and define men, not as some aliens, but as human beings who need to be loved and cared for just as women do.
This way, we will find ourselves happier and more at peace.
For views and comments email: nondumiso.sibanda@gmail.com