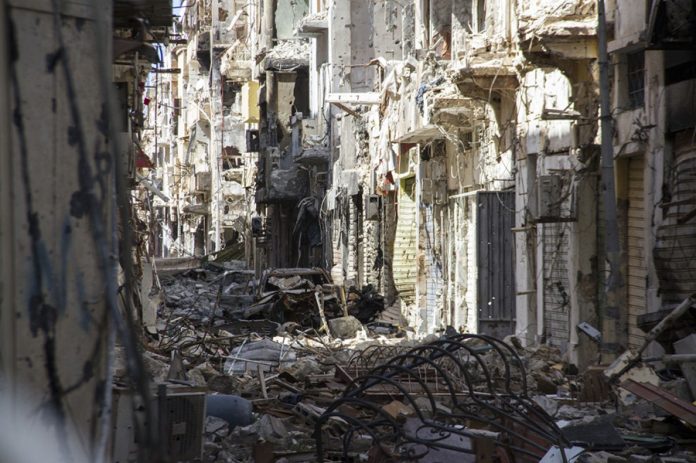 THE 76th session of the United Nations General Assembly (UNGA 76) which ran from September 14 to 27, in New York, was yet another meeting to try and do the right thing, especially where developing nations are concerned.

Yet again, it was another meeting where the so-called Third World begged for improvements and changes to better their lives.

It’s now a truth universally acknowledged that the UN has not really fulfilled its functions of coming together to critically chart a course for the future as delineated in the Charter of the United Nations, which are to discuss, debate and make recommendations on subjects including development, disarmament, human rights, international law, the peaceful arbitration of the  disputes between nations, racism, intolerance, inequality, climate change, poverty, hunger, armed conflict, economic development, COVID-19 and other social ills.

The UN was conceived as an instrument to face the most relevant global challenges emerging in the world but power dynamics in the organisation have resulted in nations like the US, UK, Germany and France calling the shots, or rather dictating the course that should be followed in world affairs.

Were it not for powerful Eastern nations like China and countries like Russia the world would be at the mercy of Western nations.

Years and experience have shown that, time and again, the UN General Assembly delivers recommendations on many international issues and manages internal UN appointments, at the behest of the ‘powerful’ nations, especially the US.

Those from the developing world have no say in the deliberations of world affairs, theirs is simply to agree and go with the desires of the ‘big brothers’.

‘Self-other’, ‘inferior-superior’ biases once analysed by Edward Said speak to who holds more powers from global north and global south.

President Emmerson Mnangagwa could not conclude his UNGA address without citing these discrepancies, which are more like colonial relics.

President Mnangagwa could not have said it any better in his address:

“Let us be mindful of the need to build trust based on international law to realise the shared goal of  a world free of nuclear weapons. We remain alarmed by the global rise in the racial tensions, violence and hate crimes… The forum must inspire all of us to build a world which harnesses our racial diversities for peace harmony and sustainable development, respecting and upholding human rights is the obligation of all states as enshrined in the charter of the United Nations. Equality, self determination and independence are fundamental rights that should be enjoyed by all peoples. We therefore call for the full implementation of United Nations resolutions to end all forms of colonialism and occupation…

Based on the principles of sovereignty, equality and the independence of states, the United Nations Organisation must be fair, just and anchored on multilateralism, inclusivity and transparency to best save the collective interests of all members. The form of the security council must be expedited…

The encroachment by other United Nations organs on the mandate and competence of the General Assembly is of concern… The increased challenges facing the world today call for a stronger solidarity and a renewed commitment to strengthen multilateralism as a viable mechanism for achieving and maintaining peace, security, equality and sustainable development commitment and  protection of our environment.”

As explicitly stated by President Mnangagwa, whatever resolutions that UNGA will come up with, be it combating terrorism, climate change  and dealing with COVID-19, success is only guaranteed when the colonial mentality is dead and buried and solidarity prevails.

Racial discrimination and social injustices as well as terrorism thrive because of warped ideological bearings of powerful Western nations that see nothing wrong with exploiting and taking advantage of poor and developing nations.

Today, Libya, a once thriving and rapidly developing nation, is in ruins and literally burning after the West sold the country’s citizens a ‘democracy’ dummy.

In many other countries civil wars continue simply because the West want to loot resources without disturbances as owners of the nations fight each other hence pour fuel on the fires by supporting and sponsoring insurgents.

The UN Secretary General Antonio Guterres, on launching the ‘Our Common Agenda’ report, aptly stated the current state of world affairs: “Our world has never been more threatened or more divided. We face the greatest cascade of crises in our lifetimes.”

The UN General Assembly is the main policy-making organ of the UN and one hopes it is time nations take stock, say enough is enough and no to world bullies.

No nation should be allowed to determine the fate of all humanity.