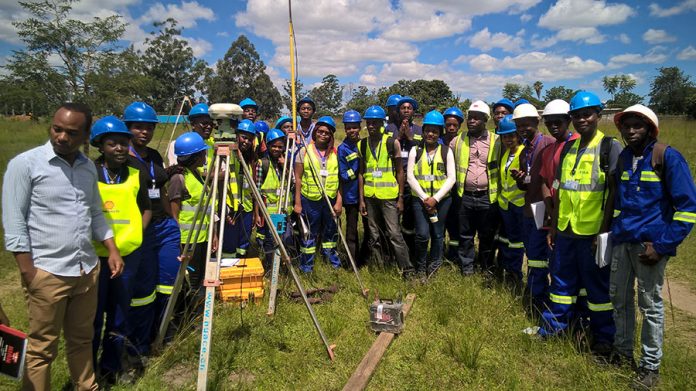 “ENGINEERING and commerce represent the country’s best chance for achieving Vision 2030, for the nation to leapfrog where others crawled,” says Harare Institute of Engineering and Commerce (HIEC) founder Kelvin Pike.

Pike insists that if emphasis is not placed on science and technology achieving middle income status by 2030 will be an arduous if not impossible task.

He said HIEC was founded on the need to proffer solutions to the various development challenges as well as filling training gaps.

“Most state owned institutions are overwhelmed by applicants who are turned away  hence we identified this gap in tandem with Government’s Vision 2030 which seeks to promote industrialisation and entrepreneurship development,” he said.

“Engineers make things work. From infrastructures like electricity, water, sewage to building roads and bridges, to converting ideas into working models, cars, television and the internet.An engineer is as required by any society as a doctor has been,” said Pike.

Engineers, he said, played a vital role in the development of society with a majority of the advancements observed around comprising a great level of intellect of engineers.

“Our thrust as an institution is to develop engineering technicians who bring solutions to challenges facing industry and society in general, hence our emphasis on training which is practical and hands on.”

Established in 2018, Pike said,  the institution was working towards becoming a leading innovation hub churning out not, only highly qualified graduates, but also critical applications and technologies that will transform the fortunes of the country.

“Engineers play a vital role in the development of society. Responsible for dams, bridges, roadways, building safety, architecture and many elements of agriculture, engineers, in general, build what the dreamers dream and they utilise the products the scientists and inventors have conceptualised. That is why we established an engineering institution,” said Pike.

The country is currently transforming its education system doing away with the one adopted from colonialism which focused mostly on rote learning.

Zimbabwe has now adopted Education 5.0, which is part of the New Dispensation calling for a heritage-based system, where learners concentrate on innovations that turn their knowledge of  local environment into marketable goods and services.

Pike said HIEC was besieged with the thrust of teaching, research, outreach, innovation and industrialisation as propounded by Education 5.0.

“Majority of the world around us needs engineering for proper functioning. If it wasn’t for the engineers the world wouldn’t have had advanced ever. And as a country we do not need to reinvent the wheel, we simply need to equip our people with the requisite skills so that where others crawled, we can leapfrog. Being behind may not be so bad as we do not have to phaseout anything, but simply adopt and implement the latest technologies. With the rise in population around the world, needs and demands are increasing but the resources are less in magnitude. Through the efforts of engineers we save resources and fully maximise them in a sustainable manner.

“For instance, we have a huge housing backlog in the country and it is up to engineers to come up with housing models such as high rise buildings that do not ‘waste’ scarce land. We are training engineers who are technologically sound and can put their intellect, knowledge and skills to proper use,” he said.

The institution, he said, was cognisant of the fact that African learners have largely been subjected to the narrative that all things Western are ‘superior’ and everything African is mediocre, perpetuating a self-hating inferiority complex among black people.

“We teach our students to be problem solvers, that they are in no way inferior because of their skin colour. Engineers are considered the best problem solvers.

With the utilisation of their knowledge, they discover indispensable solutions over hazardous issues and problems.

The different topics and subjects that they cover at our institution assist them in discovering solutions for various problems in the communities they come from. We want them to reduce the ecological hazards through discoveries of conservative and environmentally beneficial solutions in the industrial sectors.

The practical training offered by the institution is argued to churn out job creators, rather than people merely seeking employment.

“Our students do not wait to go on attachment but they constantly go on site visits to gain technical know-how.

“For instance we visit sites where reputable firms such as Bitumen World, Masimba and ESOR carry out various construction works such as dams, roads and shopping malls,” he said.

The institution is presently offering training up to diploma level.

The college is not limited to HEXCO courses but also offers skills development courses.

“We do not turn away people, at HIEC we say ‘no five ‘O’ levels no problem’, you can still be developed as a skills person who can perfectly fit into industry or create employment,” said Pike.